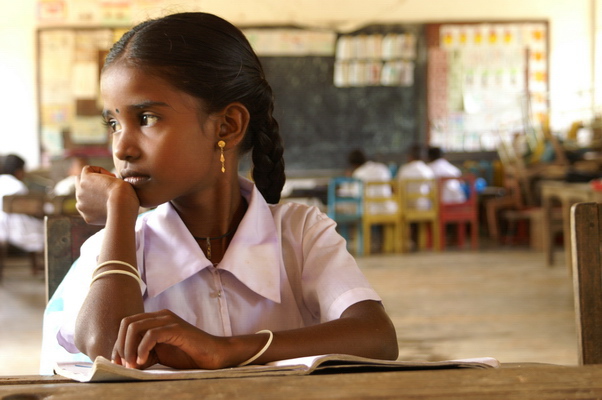 The G.C.E Ordinary Level (O-Level) exam is a watershed in education for youth in Sri Lanka. Success at the O-Levels opens avenues for further education and better skills, but this is a full stop in education for many, due to poor performance. Education and skills are essential ingredients to any strategy that aims to empower youth, a key goal embodied in World Youth Skills Day that is commemorated on 15 July.

This March, as usual, when the O-Level results were released, articles spotlighting the Island’s top performers and their schools abounded in the media. But what factors really contribute to good performance at exams? Is it mainly the ability of individual students or is it the influence of schools and teachers? In the meantime, low scorers at the O-Levels received hardly any attention. According to the Ministry of Education (MOE), in 2015, close to half the students (45%) either failed or only conditionally passed the O-Levels due to failing mathematics. Who are these students and which schools are they from? Why are they unable to keep up with their more successful peers? What are the most effective ways to improve pass rates? These are important questions to ponder, especially when trying to maximize the efficiency of government educational budget allocations.

To shed light on some of these issues, this article examines whether, and to what extent, school-level resources have an impact on O-Level performance. It focuses on several socio-economic, school, teacher, and principal characteristics. These included the share of grade six students who gained admission to a school via the grade five scholarship exam – as an indicator of student ability – criteria measuring a school’s ranking, funds generated at the school-level, and several variables capturing teachers’ and principals’ qualifications and experience (Box 1). O-Level performance was measured as the share of students who sit for the O-Levels that qualify to continue to Advanced Level (A-Level) classes. Three econometric models were estimated, using data from the 2016 School Census of government schools conducted by the MOE. Many school-level factors have a significant impact on O-Level performance, although these effects are not of a large magnitude. Schools that have higher shares of grade six scholarship holders, community funds, and qualified and experienced teachers for mathematics and first language – the two subjects for which at least a simple pass is compulsory at the O-Levels – report better average results. Teacher leave, on the other hand, lowers O-Level results considerably. A school’s ranking based on type, size, and principal’s service grade also affects performance, with poorer average O-Level results being observed for inferior/smaller schools and those managed by principals of lower rankings (Figure 1). Put in place incentive schemes for teachers to reduce leave of absence, and take measures to provide substitute teachers in the absence of regular teachers. The findings show that student achievement is low in schools when the number of days of leave taken by teachers is high. The average share of teacher leave days of total working school days stands at 15%, which is a significant figure.

Enhance the quality of principals’ training programmes, and ensure that recruitment to Principals Service is carried out in a systematic and merit-based manner. The results suggest that schools managed by better qualified and experienced principals perform better at the O-Levels. It is disturbing to note that, on average, 27% of schools in the sample are managed by principals belonging to low ranking grades – a figure which increases to 46% in very poor performing schools.

Developing schools and improving O-Level performance based on the above recommendations should be a priority, to give Sri Lanka’s youth better access to training for better skills.

Authors, Ashani Abayasekara is a Research Officer and Nisha Arunatilake is a Research Fellow at the IPS. This blog draws on an ongoing study on ‘School-Level Bottlenecks in Improving O-Level Performance Rates in Sri Lanka’ carried out by the writers.