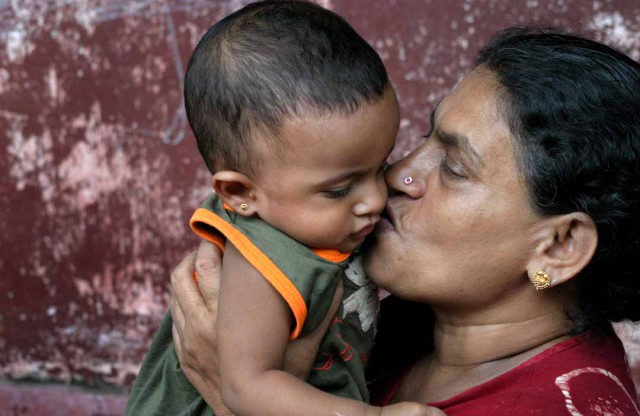 Sri Lanka, though a developing country, has been performing well with regard to human development. Free education and health services, being provided to all citizens and various social welfare programmes to assist the poor, which continued for more than five to six decades, coupled with various development programmes to provide housing, electricity, water and sanitation, efficient communication facilities, etc., have contributed this success. This has helped Sri Lankan citizens achieve long, healthy lives, and impressively high levels of education, which are reaching the levels of developed countries.

The status of human development in a country is measured using the Human Development Index (HDI), developed by the United Nations Development Programme (UNDP). The HDI is a composite index, which could be used to measure the economic and social development of a country. It consists of three equally weighted components:

The aim of this article is to look at where Sri Lanka  stands in terms of human development, compared to countries in the SAARC region and a few selected, developed and developing countries in the Asian Region. The article briefly looks at Sri Lanka’s achievements with regard to human development and few of the challenges based on the data provided in the Human Development Report – 2016.

Sri Lanka’s Achievements Compared to Countries in the Asian Region

The impressive status of human development in Sri Lanka can be attributed to free education and health services that have been available to its citizens for more than six decades. As a result, one of the main components of HDI, “Long and Healthy Life”, measured by “Expectation Life at Birth”, has now increased to 75 years (78.4 years for females and 71.7 years for males), which is gradually reaching the levels of developed countries. However, a cause for concern is the more than 7 year gap between life expectations at birth of males and females; this needs to come to the attention of health authorities. While Sri Lanka can be proud of the achievements in many areas, there are a number of concerns which need to be addressed. However, only the following issues will be discussed in this article. Male suicides: Among the SAARC region, and other selected countries in Asian region, Sri Lanka ranks first followed by South Korea, Nepal and Japan. Worryingly, out of the 188 countries in the World, Sri Lanka ranked third, in terms of male suicides.  The two countries above Sri Lanka are, Guyana (70.8 per 100,000 males), and Lithuania (51.0 per 100,000 males). Data on suicides in Sri Lanka show that nearly 6,000 people are committing suicide each year and around 75 per cent of them are males. A special study may need to be conducted, covering those who have attempted suicide, to ascertain the causes for this high incidence of male suicides in Sri Lanka. Ministry of Health, Nutrition and Indigenous Medicine and Ministry of Social Empowerment, Welfare and Kandyan Heritage, may have to consider improving easily accessible counselling services for troubled persons.

Female Labour Force Participation in Sri Lanka: As already explained, most of the indicators related to “Knowledge” show that females have performed better in terms of education when compared to their male counterparts. The statistics also show that in Sri Lanka, there are more girls than boys in Advanced Level classes and Universities. Even with these achievements, the Labour Force Participation Rate (LFPR) of females remains extremely low (35.9% in 2015), compared to most of the countries in the Asian Region (Figure 3).  Except in three countries [Afghanistan (19.1%), Pakistan (24.3%) and India (26.8%)], out of the 19 countries in Asian Region considered in this analysis, in all other countries, female LFPR is much higher than in Sri Lanka. In the three countries mentioned above, the level of education is much lower comparative to Sri Lanka.

One of the reasons for low female LFPR in Sri Lanka, despite high levels of education, is the unavailability of decent employment opportunities, in close proximity to their hometowns. Availability suitable employment opportunities, in their hometowns, will make it easier for them to balance their child-care and household responsibilities with work (MDG Country Report 2014). Flexible working hours and/or facilitating working from home in certain type of jobs (e.g. Information Technology related jobs), may also help in increasing the female LFPR. This will also help in increasing their family incomes and therefore raise the living standards of such families. This will also help to reduce the persisting income inequality to a certain extent.

Female Representation in the Parliament: Another concern is very low female representation in the parliament in Sri Lanka, which is only 4.9 per cent and is the lowest in the SAARC region, and one of the lowest in the world. In the SAARC region, female representation in the parliament is highest in Nepal (29.5%), followed by Afghanistan (27.4%), Bangladesh (20.0%) and Pakistan (20.0%).SDG Target 5.5 is to” ensure women’s full and effective participation and equal opportunities for leadership at all levels of decision making in political and public life”. Sri Lanka will never achieve this target by 2030, with such low female representation in the parliament. More educated females will have to be encouraged to actively participate in politics so that they could get involved in decision making process at the highest level, and to make their contributions to the development of this country, to make it a better place for everyone live. It should also be their responsibility to make a voice for thousands of voiceless women and children in Sri Lanka, who are facing various difficulties.