Crunching the Numbers: What is the Real Export Benefit of GSP Plus to Sri Lanka? 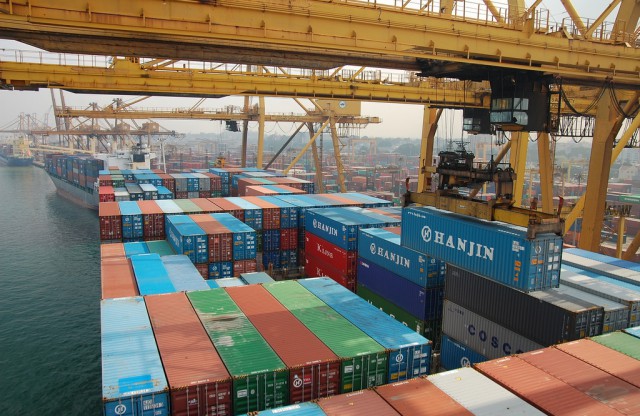 Sri Lanka’s overall exports to the European Union (EU) can increase by US$ 480 million – almost 15 per cent on average – from current earnings of US$ 3,275 million to US$ 3,756 million, as a result of regaining the GSP Plus benefit, according to preliminary estimates using a partial equilibrium model. The estimation is derived employing the SMART Simulations of the World Integrated Trade Solutions (WITS), and disaggregated trade data (at HS 6 digit level). This figure is slightly higher than the number quoted by the EU – a benefit of over Euro 300 million (about US$ 335 million) – reported in the local media. The Re-instatement of GSP Plus

On 19 May 2017, the EU granted Sri Lanka better access to its market for exports under the Generalized Scheme of Preferences Plus (GSP Plus). While the scheme is conditional on Sri Lanka making progress on human and labour rights and sustainable development, it can boost exports to the EU, Sri Lanka’s largest export market. GSP Plus aims at furthering Sri Lanka’s development through more trade, as well as by diversifying exports and attracting investment with the removal of custom duties by the EU.  Sri Lanka is now among eight other GSP Plus beneficiaries, which include Armenia, Bolivia, Cape Verde, Kyrgyzstan, Mongolia, Pakistan, Paraguay, and Philippines. Aside from GSP Plus, the EU has two other trade arrangements – 1) a general arrangement (‘Standard GSP’), which is targeted at developing countries that are classified by the World Bank as lower or lower-middle income countries; and 2) Everything But Arms (‘EBA’) arrangement for 49 Least Developed Countries (LDCs).

Biggest Beneficiaries of GSP Plus

What is the likely economic impact of GSP Plus on Sri Lanka’s exports? Previous studies show that the GSP benefit can lead to an increase in export, but numbers vary significantly between the three different arrangements, product groups and beneficiary countries.

Table 1 contains results from simulating the removal of tariffs by the EU on Sri Lanka, with the exception of tariffs on some sensitive (agricultural) items. While Sri Lanka’s exports are likely to grow on average at 15 per cent, the growth rates differ depending on the export category in question. For example, exports of animal and animal products are estimated to grow by as much as 32 per cent (or US$ 30 million). Sri Lanka’s main exports to the EU, textiles and apparel, accounting for bulk (62 per cent) of the total exports to the regional bloc, is likely to grow by more than 21 per cent (or US$ 424.6 million) as a result of GSP Plus. A breakdown of the above overall figures indicates that exports, which stand to benefit the most from the duty free access to the EU, include articles of textile and apparel, fish (fresh or chilled), bicycles and other cycles, and coconut oil, to name a few (Table 2). Currently, under the normal GSP scheme, the average duty levied by the EU on HS61 is 9.34 per cent but the number varies between 6.76 to 9.6 per cent, depending on the items in question. Similarly, the duties on other items of export interest are high, and vary significantly at the disaggregated product level. Under the GSP Plus scheme, these would be brought down to zero, providing a substantial duty advantage to the Sri Lankan exporters, trading with the EU. Due to tariff reductions by the EU, there will be ‘trade creation’ effects, as products from Sri Lanka become cheaper, and there will be new buyers in the EU who would now want to buy from Sri Lanka. At the same time, there will be some ‘trade diversion’; that is, there will a shift of demand from other competing, supplying countries to Sri Lanka in the EU market.  Countries which are likely to be most affected as a result of Sri Lanka regaining GSP Plus will include China, Bangladesh, Cambodia, Turkey, and India. It appears from the numbers that trade diversion will be marginally higher than trade creation.

According to available literature, the EU‘s GSP scheme has had an overall positive impact on the beneficiary countries; it has increased developing countries’ exports and welfare. In addition, the literature further suggests that the EU’s GSP has helped with export diversification and Foreign Direct Investment (FDI). While the SMART model yields important (positive) quantitative results, the model captures direct effects of a trade policy change only in one sector of an economy; that is, the model assumes that changes in that sector have no, or minimal impact on other sectors. Thus, the results may be sensitive to assumptions and parameters used. Despite its shortcomings, a partial equilibrium framework is useful as it allows the utilization of widely available trade data at the appropriate level of detail to capture variables of interest to policymakers and others.

It is also important to bear in mind that the impact on exports occurs within two years after preferences have been granted, according to economic assessment of the EU GSP arrangements in developing countries. Further, utilization rates vary significantly from country to country, and differ by arrangement types. Of the three schemes – Standard GSP, GSP Plus, and EBA – utilization rate was found to be the lowest for the GSP Plus arrangement; reportedly 66.1 per cent in 2014. Nonetheless, GSP Plus can make an important contribution to increasing Sri Lanka’s exports to the EU market, especially at a time when Sri Lanka’s exports are performing poorly.