Bridging the Skill Gap: A Challenge in Sri Lanka’s Quest for Economic Growth 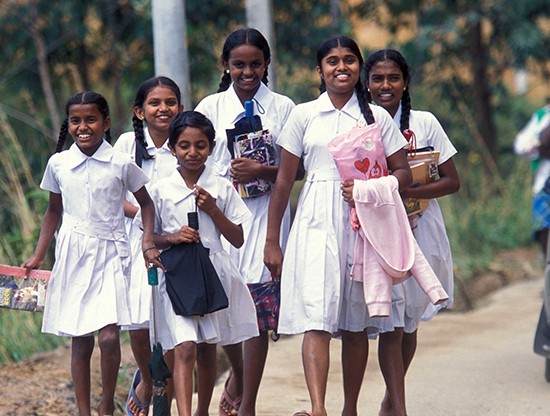 According to the Government’s Economic Policy Statement issued in October 2016, Sri Lanka envisions achieving sustainable development by linking the country to global supply chains and increasing trade. The Government hopes to create more exposure and opportunities for entrepreneurs and skilled professionals in various sectors, including the digital economy, tourism and commercial agriculture, and to attain the status of a modern manufacturing economy. In this context, quality higher education and training is crucial if the Sri Lankan economy is to move up the value chain beyond simple production processes and products.

Sri Lanka’s human capital is an essential resource in achieving the envisaged development goals and transforming the economy into a modern manufacturing one. Thus, it is increasingly important for the country to be equipped with new technological innovations, and an educated workforce with market-oriented skills. High quality human resources with expertise in science and technology and a skilled labour force are necessary, specially to compete globally. Even lower-skilled jobs increasingly require talent and knowledge. As such, vocational training and secondary education need to prepare prospective employees for a complex, digital work environment. Today, Sri Lanka faces a major challenge in catering to these emerging skill requirements. In this backdrop, this article explores some policy options to bridge the skill gaps to achieve the Government’s stated objectives.

A World Bank study on “Building the Skills for Economic Growth and Competitiveness in Sri Lanka”  based on a survey of employers’ perception of skill demand against the skills available in the workforce reveals 56% of employers consider that high-skilled workers should have passed A-Levels, while 70% of employers consider that low-skilled workers should have passed O-Levels. But the real situation is that, of the age 20 and above population, only 17% have passed A-Levels, and another 17% have passed O-Levels (calculations based on LFS 2014 data). This means that there is a significant gap in meeting the skills demand of the country.

Reasons for the Skill Gaps The main reasons behind Sri Lanka’s low tertiary enrolment rate are capacity constraints of the state university system, unavailability of a proper parallel higher education system with the private sector’s involvement, and underdeveloped TVET. For example, the Central Bank of Sri Lanka (CBSL) Annual Report of 2016 shows that, of the 155,450 students who were eligible for university entrance from  A-Level exams in 2015/2016, only 18.6% were admitted to state universities due to limited placements. Consequently, each year, about 125,000 students who qualify have to abandon their ambitions to enter a university (Figure 2).

On the other hand, with regards to vocational training, the transition from school to vocational training is not smooth. A majority of school leavers leave the education system after their O-Levels and A-Levels. Each year, about 300,000 students sit for O-Levels but only 50% – 60% of them passed O-Levels and qualify to sit for A-Levels. Further, each year about 250,000 students sit for A-Levels but only 60% of them qualify to enter public universities. Thus, each year about 130,000 and 100,000 students leave the school system without succeeding at the O-Level and A-Level examinations, respectively. Owing to this situation, most school leavers usually find unskilled work or engage in casual jobs. For example, calculations based onCensus of Population and Housing 2012 data show that only 4% (470,000) of the age 25 and above population have degree level education. Further, only around 10% of age 20 and above population have formal professional or technical training relevant to their occupation. However, according to the World Bank study mentioned above, about 60% of employers expect workers in high-skilled occupations to have completed technical or vocational education and training, and 24% think low-skilled workers should have received training. Thus, this limited number of workers with higher education acts as a constraint in meeting the labour market demand for skilled workers.

Limited opportunities in the state sector have resulted in the emergence of a parallel system of non-state sector higher education, with the establishment of private higher education institutes (HEIs) – many of which are affiliated to foreign universities. There are concerns among many stakeholders about the variability in quality among private HEIs. For example, the South Asian Institute of Technology and Medicine (SAITM) was recognized as a legitimate degree-awarding institute to award the degree of Bachelor of Medicine and Bachelor of Surgery (MBBS) in 2011, under the University Act, but it has garnered opposition from state university students and Government doctors due to certain concerns on standards to be met and maintained, especially with regards to clinical training. This is mainly because there is no proper monitoring mechanism to ensure the quality of the programmes offered by such private HEIs.

School leavers are the prime target for specific training and skills development programmes aimed at meeting the skill demands of the country.  Thus, a minimum of two years of training is recommended for students after sitting for O-Levels, to address the skill gaps of school leavers. Training programmes should be more work-oriented to suit different fields – such as hospitality, construction, textile and garment sectors, etc. Public-private partnerships, and schemes of direct recruitment to the industry through vocational education and training institutes, are essential.

The expansion of higher education opportunities in Sri Lanka have enabled many students, who would otherwise have studied abroad, to graduate locally at a considerably lower cost, saving foreign reserves and minimizing the outflow of knowledge (referred to as ‘brain drain’).

However, policy makers have to ensure that quality and standards are not compromised, through effective monitoring and control of private providers. The prevailing quality assurance mechanisms and regulatory systems have very narrow coverage, excluding the vast non-state HEIs functioning independently.

Thus, it is necessary to strengthen the regulatory mechanism of these institutes by incorporating new rules and regulations. It is crucial, therefore, to identify desired standards of these institutions with respect to their student recruitment criteria, fee structure, academic programmes, quality assurance and accreditation, etc. As in the case of SAITM, and other institutes offering professional degrees, the first intake should be allowed only after the institute has obtained the compliance certification from the relevant professional body.