Regional Economic Integration in the Bay of Bengal 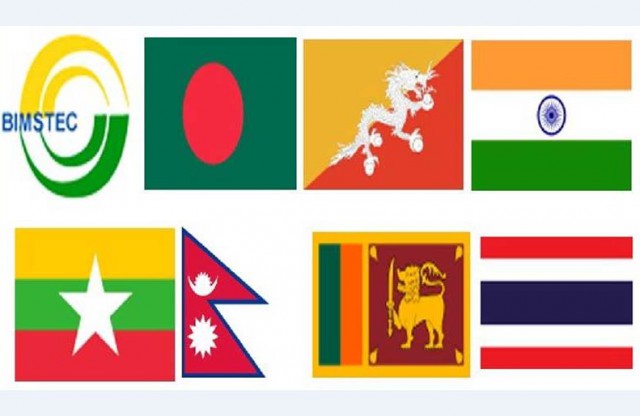 06 June 2017 marks 20 years since the establishment of Bay of Bengal Initiative for Multi-Sectoral, Technical, and Economic Cooperation (BIMSTEC), a regional organization involving a group of countries in South Asia and South East Asia, including Sri Lanka. To mark this occasion, Dr. Kelegama, Executive Director of IPS, argues that the two key functional aspects of BIMSTEC, which are market-driven integration and government-driven integration, should be utilized selectively to seek quick gains to the region.

The Bay of Bengal is rich in natural resources and embraces both South and East Asia. Although a number of regional groupings like Bangladesh-China-India-Myanmar (BCIM) and Bangladesh-Bhutan-Nepal-India (BBNI) partially cover the region, it is the Bay of Bengal Initiative for Multi-Sectoral, Technical, and Economic Cooperation (BIMSTEC) that covers the entire region and provides a framework for regional economic integration.

BIMSTEC accounts for US$ 2.7 trillion GDP, 21 percent of global population (1.3 billion population) and 7 percent of intra-regional trade. BIMSTEC provides South Asian countries a conduit for economic cooperation with East Asia countries and a link to East Asian production networks and value chains. It can become a building block of a future Asian community; however, the progress so far has been exceedingly slow.

BIMSTEC also envisaged a market driven integration process when it first mooted an FTA in 2004.  It was supposed to be in full operation by 2011, but did not become a reality by then. This is most probably because some member countries of BIMSTEC questioned the need for another FTA when the tariff levels in the region are already low. As it is well known, via unilateral liberalization as well as through bilateral and regional liberalization via the existing FTAs and RTAs (regional trading arrangements) in the region, the tariff levels have come down.  Despite delays, a BIMSTEC FTA still remains in its agenda.

As for market integration, BIMSTEC should not have high hopes on an FTA coming into operation. Indications are that it will drag on for a long time. In this situation, more emphasis should be given on trade facilitation via liberal transit, business-friendly customs, transport corridors, etc. Such a process will partly address some of the non-tariff barriers in the region and catalyze trade. According to the ESCAP, Trade Facilitation is a more powerful driver of trade than tariff reductions when tariff levels are already low, and this argument is aptly applicable to BIMSTEC.

As for government-driven integration, it is prudent to focus on a few sectoral cooperation projects related to connectivity and people-to-people contact rather than spreading too thin by focusing on a large number of sectoral cooperation projects. Road, rail and sea transport facilitation through road and rail  links, transport corridors, multi-modal systems, transit arrangements, etc., which have been highlighted by the 2009 ADB Study on BIMSTEC Transport Infrastructure and Logistic Study (BTILS) needs to be worked on to improve connectivity.  Perhaps digital connectivity may also be considered to strengthen physical connectivity.  People-to-people contacts can be improved by improving air connectivity and tourism promotion via inter-governmental cooperation in the region. Buddhist circuit is one such example for BIMSTEC tourism promotion.

For sectoral cooperation to be effective, there needs to be strong institutions and information.  Four areas need particular focus: BIMSTEC Secretariat; BIMSTEC Chamber of Commerce and Industry; external partners, viz., ADB and ESCAP; and interaction of the BIMSTEC network of think tanks with BIMSTEC officials, and BIMSTEC Chamber.

BIMSTEC working mechanism has six layers: a leaders’ summit; ministerial meetings; senior officials meeting; expert group meetings; business and economic forums; and BIMSTEC Working Group (BWG). Basically, leaders’ summit to expert group meetings are at the inter-governmental level, and the new BIMSTEC Secretariat has absorbed all the work of the BWG. The business and economic forums should basically be absorbed by the BIMSTEC Chamber of Commerce and Industry located in Colombo, Sri Lanka. The Chamber should closely coordinate with the BIMSTEC Secretariat and drive the BIMSTEC economic integration agenda. The CUTS (India) proposal to have an annual BIMSTEC economic summit should be welcomed and should be closely coordinated with the BIMSTEC Chamber.

The external funder to facilitate BIMSTEC regional integration could be the ADB. The role ADB played in sub-regional cooperation in the Greater Mekong sub-region is well known. With the concurrence of the BIMSTEC member countries, the BTILS project can be initiated by the ADB.  Thereafter, attracting additional funds to complete the project will not be a problem. However, duplication with the initiatives of BCIM and BBNI needs to be avoided. The Asian Highway that ESCAP suggested sometime back can also be part of the BIMSTEC connectivity and ESCAP can provide technical assistance to drive the project. Japan played a key role with FDI in ASEAN economic integration, likewise ADB and other external funding led connectivity improvement can catalyze BIMSTEC economic integration.

Finally, the role of think tanks cannot be overlooked in regional economic integration.  They can play a crucial role as knowledge-partners of BIMSTEC. It is understood that there is both a Track 1 and Track 2 think tank networks for BIMSTEC.  Both these tracks can interact with each other and network with the BIMSTEC senior officials and private sector to bring about necessary policy changes to activate sectoral cooperation.

When BIMSTEC started, India’s “Look East” policy coincided with Thailand’s “Look West” policy and there was much enthusiasm to drive the organization by these two member countries to integrate a part of South Asia to the growing economies of East Asia. But since then, India and Thailand had embarked on an FTA and India and ASEAN had worked out an FTA. Thus both these member countries do not have the same enthusiasm to push the organization for deeper integration as before. The other member countries are less powerful and passive partners of BIMSTEC. Thus BIMSTEC is no longer a member-driven organization, and in this context, the Secretariat becomes vital in driving the organization. Clearly, empowering the BIMSTEC Secretariat should become a priority of the member countries to keep the BIMSTEC Work Programme moving and producing gains to the people of the Bay of Bengal region.

(This article is based on the synopsis of the Lecture delivered at the BIMSTEC Secretariat, Dhaka, on 19 February 2016. It originally appeared on The Daily Star on 25 February 2016.)