Role of IPRs in Stimulating Innovations 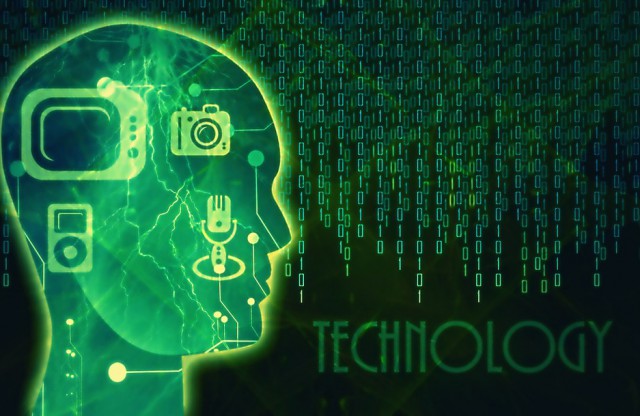 Today marks the World Intellectual Property (IP) Day. This year, the world celebrates its 16th IP Day focusing on the theme of “innovation – improving lives” which aims to explore how innovation makes lives healthier, safer and more comfortable. A well-built IP system stimulates innovation by attracting investments, rewarding inventors, encouraging inventors to develop their ideas and ensuring that their new knowledge is protected. Almost all innovations can be protected with Intellectual Property Rights (IPRs). Therefore, every country has recognized the importance of protecting the intellects of its people.  Sri Lanka too encourages its people in this regard, through several policies and programmes designed to enhance innovations. Some of these policies and programmes are directly linked with IPRs.

Sri Lanka was ranked 91st out of 128 countries in the Global Innovation Index (GII) in 2016. It was a drop of 6 places when compared with the GII in 2015. According to GII 2016, Sri Lanka is second only to India (66th place) in the South Asian region but, when compared with other Asian countries (Singapore 6th, China-25th, Malaysia 35th places) Sri Lanka falls far behind. This highlights the fact that Sri Lanka is not only lagging behind in the number of innovations but also in its protection and promotion of innovations.

An effective and well-built IPR system consisting of one or more different IPR tools such as patents, copyrights, trademarks and trade secrets will protect the ownership of innovation and thereby, encourage innovations. Patents play a pivotal role in protecting new innovation, as it provides property rights for inventions usually for a specific period of time and provide the right to exclude others from exploiting the invention during that period. Furthermore, to obtain a patent the inventor has to disclose the patented invention to the public, where it will provide an opportunity for others to use and develop the technology further. Therefore, the patent system is created to balance the interests of both inventors and the general public. According to Sri Lanka’s Intellectual Property Rights Act 2003, patents are available for inventions, products and processes in all fields of technology. Patents allow an inventor to control the commercial use of his/her invention.

Given the importance of patents, this blog article discusses the role of IPRs, especially patents, in stimulating innovations.

Sri Lanka: where do we stand?

There are several criteria to evaluate Sri Lanka’s generation of innovations. One such important criterion is the number of patents registered at the National Intellectual Property Office (NIPO). Figure 1 describes how patents have been registered by residents and non-residents. It shows that, from 2011 to 2013, there has been an increasing trend in residents’ patents registration, but since then, it has been decreasing. However, the total number of patents registered locally (residents and non-residents) indicates an increase. This suggests that the number of innovations is gradually increasing. This slow growth could be explained by cost of patenting, high cost of annual renewals, and the lack of awareness among scientists. It is also interesting to evaluate the various types of institutions and individuals that have obtained patents in Sri Lanka as it shows peoples interest and their knowledge on patenting. According to the latest available data from the Sri Lanka Science, Technology and Innovation Hand Book, more than 90 per cent of patent holders are individuals (91), 5 per cent are private institutes, 2 per cent are Science and Technology (S&T) institutes and 1 per cent is higher education institutes (Figure 2).  It is important to note that higher education institutes are at the very bottom when obtaining patents. According to the reports on Integrating Intellectual Property into Innovation Policy Formulation in Sri Lanka, this could be due to limited research conducted by such institutes, lack of research interest in staff and students, poor management system of IPRs, lack of awareness of patenting, and the high cost of patenting. The S&T institutes too are facing the same issues in enhancing innovations. Furthermore, ownership of inventions from research granted by the government resides with the government and not with the grantee of the funds which creates a disincentive for government employees to engage in innovations. This also acts as a negative factor when improving human capital to enhance innovations in the country. When comparing Sri Lanka with other selected countries on resident applications per million population (by origin), in 2015 Sri Lanka was on par with India. However, when compared with other Asian countries, Sri Lanka was not in a favorable position (Figure 3).

In 2013, the highest number of patents issued was in the fields of IT, telecommunication, and electronics (49 patents out of total 326). The other fields were agriculture related developments (44), development of domestic appliances/utilities (44), drugs, cosmetics & other related product developments (33), and automobile and related inventions (31).  The highest number of innovations in IT, telecommunication and electronics could be due to the fact that those inventions can be more easily applied in  industrial use than other inventions.  Even though Sri Lanka is a signatory to the Trade Related Intellectual Property Rights Agreement (TRIPs),  Sri Lanka’s IP system does not provide patent protection for new plant varieties as suggested by the Agreement, which is one of the factors that discourages plant breeders in developing new plant varieties.  Since enacting Sri Lanka’s IPR Act in 2003, the country has not yet made any national policies, strategies etc., to enforce patent protection for new plant varieties. Furthermore, the reports on Integrating Intellectual Property into Innovation Policy Formulation in Sri Lanka and Science, Technology & Innovation: Strategy for Sri Lanka (2011-2015) have also highlighted the fact that the intellectual property management system with regards to innovations in Sri Lanka is very poor.

What needs to be done?

Several factors shape a country’s generation of innovations. Amongst them, the most important are the R&D initiatives in place, the stock of human capital, and strategies of commercialization of new knowledge. An effective IPR system especially with proper patenting policy and implementation mechanism stimulates almost all of these factors and creates an environment which provides incentives for innovations. As an example, strong IPR systems will overcome the issue of private investments in R&D, by providing effective protection for investors, encourage people engagement in innovations by providing credibility for inventors and promote commercialization of innovations.

International best practices, as shown in Singapore, China, Malaysia and India, have suggested that a well-constructed and a balanced IP system accelerates innovations, whereas a weak IP system reduces domestic incentives for innovations. Policies and processes for issuing and enforcing patents are the most important aspect of IPR for innovation. Since the late 1970s, Singapore has taken several steps to enact new patent laws and has established a court of IP to strengthen its IPR policies and to improve innovations. India enacted its Patent Act in the 1970s and since then patents were expanded to several areas such as pharmaceuticals, agriculture developments, etc. Since 1979 China has also recognized the importance of IPRs and passed its patent law in 1984. The Republic of Korea has carried out a massive public awareness campaign on IPRs and patents in schools, universities, and R&D institutes.

Furthermore, international best practices have highlighted that being a signatory to TRIPs alone is not sufficient. What is most important is national enforcement. Governments should use straightforward strategies such as establishing proper IPR management systems in universities and other research institutes, awareness programmes, incentives such as vouchers and rewarding systems for inventors and consider modernizing the IPR Act with timely changes to enforce these rules.

For an effective use of IPRs in stimulating innovations, Sri Lanka should explore alternatives such as integrating with regional patenting organizations, sharing information and building good relationships with other national patenting offices as a solution to sharing the high cost of patenting, including the cost of renewals. Recently, Sri Lanka reduced the cost of patent registration and created new cost structures with three categories with students, individuals and private firms to encourage patenting.  Simultaneously, it is of utmost importance to create public awareness on IPR services, especially patenting, its importance, how patents support and encourage inventors by providing recognition, and how to transform inventors’ knowledge into tradable assets.  Effective enforcement of the existing IPR policy and effective management of IP is also crucial. It is also important to provide IPR policy managements for research institutes, universities and other higher education facilities, especially in the areas of commercialization, research collaborations and ownership of innovations to encourage innovations.