Decrease in Remittances in 2015: Glitch or Beginning of the End? 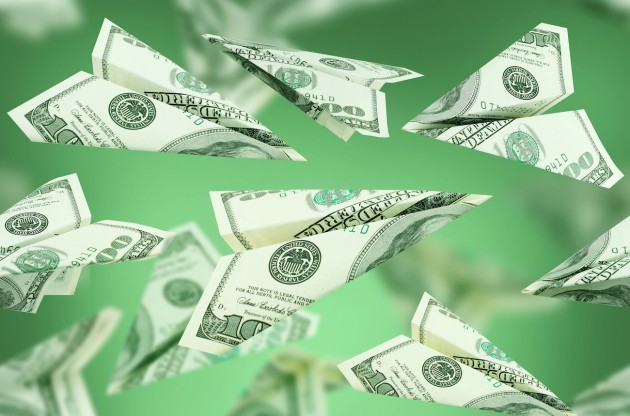 INTERNATIONAL MIGRANTS DAY – 18TH DECEMBER 2016    Labour migration and related remittances play an important role in the Sri Lankan economy. Until recently, labour migration from Sri Lanka was dominated by females departing as housemaids. Subsequent to many concerted policy efforts, such as the Family Background Report (FBR) requirement, pre-departure training and upgrading existing skill training to internationally recognized levels, this female and low skilled oriented migrant worker flow is now transformed into a more skilled and male-centric flow.   As a result, in 2015 the sphere of labour migration experienced many changes.  In 2015, total departures declined to 263,307 from 300,703 in 2014, the share of females among migrant worker departures further declined in 2015 to 34% from 37% in 2014, and the share of housemaids also continued to shrink to reach 28% in 2015 from 30% in 2014. In fact, 2015 marked the first year since 1994, where the share of housemaids dipped below that of skilled workers (31%). Other skills groups, such as professionals and semi-skilled groups also experienced growth to reach shares of 2.4 % and 2%, respectively.     Figure 1: Snapshot of Labour Migration in 2015 This gender reversal and up-skilling of migrant workers coincided with the first ever decline in inward remittances in 14 years. In 2015, inward remittances to Sri Lanka declined to USD 6,980 million from USD 7,018 million received in 2014. Does this 0.54 % decline in remittances mark the beginning of the downward trend in remittances to Sri Lanka?  Let’s hopes not!  Nonetheless, since such wishful thinking alone will not guarantee a steady flow of remittances, it is only prudent for Sri Lanka to proactively understand the possible underlying mechanisms that may contribute to positive and negative changes in remittances and introduce measures to maximize remittances. To that effect, the remainder of this blog identifies five mechanisms that affect remittances and makes related policy recommendations to ensure a continued steady flow of inward remittances to Sri Lanka.   Mechanism 1: Shrinking Share of Reliable Remitters   Literature identifies that compared to males, females are more reliable remitters. This reliability stems from the greater involvement of females with the operation of the left behind household, and their tendency to sacrifice more than males for family back at home. Additionally, females also tend to remit more as a self-insurance mechanism against possible negative shocks at the destination. The recent policy efforts to discourage the departure of female workers have inadvertently also contributed to reducing the number of reliable remitters to Sri Lanka.   Figure 2: The Decline in Remittances from 2014 – 2015 Mechanism 2: Growing Share of High Waged Remitters Despite being less reliable, when they do remit, males are noted to remit more. The reason behind such higher remittances from males is due to their capacity to earn higher wages than women in similar jobs. This has the potential to offset the less reliability of male remittances with a larger amount of remittances when they do remit.   Similarly, the progressive up-skilling of the migrant worker from Sri Lanka also contributes towards a rising share of higher wage earners among all migrant worker departures and their corresponding higher remittances.   Mechanism 3: Increasing Departure of Tied-Migrants There is evidence that migration of skilled workers is often associated with tied migration – where spouse accompany migrant workers.  In a patriarchal society like in Sri Lanka, when male migrant worker shares are rising there is a higher tendency for tied migration of wives to take place. Similarly, regardless of gender, better-skilled migrants also tend to induce tied migration from Sri Lanka. Extending this tied-migration beyond spouses, better-skilled migrants from Sri Lanka are also enticed to take their children especially to enjoy higher education options overseas. All this amounts to the absence of immediate family members to receive regular remittances.   Mechanism 4: Shrinking Importance of Circular Migration Another aspect of skilled migration is that the better-skilled migrant workers often have opportunities to pursue other destinations to migrate subsequently.  This may alter the circular nature of labour migration from Sri Lanka towards a pattern of step migration where migrants leave the first destination not to return to Sri Lanka, but to head to a second destination. The decline of circular migration and rise in step migration would also lead to weaker links with the home country and a corresponding decrease in remittances.   Mechanism 5: Growing Possibilities for Long Term Migration Despite being recognized as temporary migrants, high-skilled migrants tend to continue foreign employment for multiple contract periods. Such residence and employment in destination for extended periods resemble more permanent characteristics of migration. As a result, such extended stays also leads to weaker links with the home country and a corresponding decrease in remittances.   How to Maximize Remittances?   In the context of gender reversal and up-skilling of labour migrants, as summarized in Figure 3, the receipt of higher remittances are challenged by two sets of competing forces.   Figure 3: Balancing Future Remittances

On one hand, the rising share of males among migrant workers would lead to greater remittances to Sri Lanka only if the monetary value of their remittances can offset their less reliability in remitting.  Similarly, in the case of rising share of better-skilled workers among migrant workers, greater remittances would only occur if higher wages and related remittances can offset their weaker links with Sri Lanka.   In order to make these competing forces work towards maintaining a high inflow of remittances, some policy approaches are a dire need. Aptly, the National Labour Migration Policy of 2008 identifies that ‘the diversity of Sri Lankan transnational communities requires differentiated approaches between skilled and professional workers, and low-skilled workers and ethnic communities, permanent and long-term migrants and temporary migrant worker’.  The same policy identifies action plans for:

With the experience of a decline in inward remittances to Sri Lanka in 2015, now is the ideal time to transform the above policy plans into actions. Additionally, Sri Lanka should also deploy differentiated approaches between male and female segments of Sri Lankan transnational communities, and highlight the importance of ‘regular and reliable’ remittances from male migrant workers.   If such appropriate interventions take place in a timely manner, Sri Lanka would be able to revert to its growing trend and relegate the decline in remittances in 2015 to a mere glitch.   Cover Image