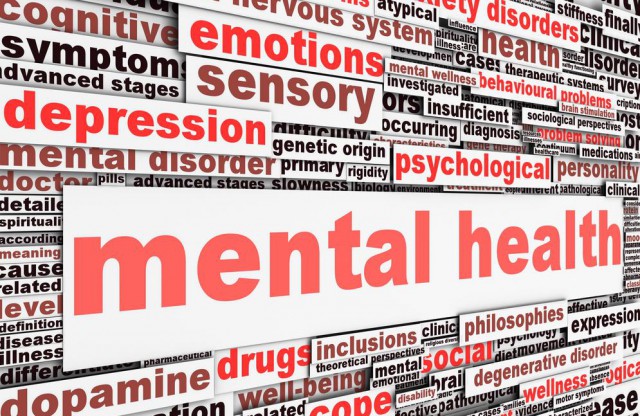 Today marks the World Mental Health Day under the theme ‘Dignity in Mental Health-Psychological and Mental Health First Aid for All.’ The aim of this year’s theme is to prepare people to confidently tackle the stigma, isolation, and discrimination that continue to affect those who suffer from mental health conditions, their families and caregivers.

Mental, neurological, and substance use disorders are common across all communities and age groups and countries, irrespective of income levels.  Depression for example affects 350 million persons globally and is the single largest contributor to years lived with disability.  The cost of depression was estimated to be at least USD 800 billion in 2010 in lost economic output, and is estimated to more than double by 2030.

According to the Mental Health Atlas 2014, only a mere 68% of World Health Organization (WHO) member states have a stand-alone policy or plan for mental health. With 14% of the global disease burden attributed to these mental disorders, 75% of those people in many low-income countries do not have access to the treatment they require. Implementation of policies protecting people with mental disorders is weak, and family members are partially involved in caring for them.

This article outlines the mental health status in Sri Lanka and highlights the issues faced by both patients and caregivers. It further reiterates the urgency for a comprehensive and integrated response to mental health and care services.

A significant number of people in the country suffer from psychiatric illnesses and serious mental disorders. Available data suggest that about 10% of the population are afflicted with more common psychiatric ailments.

Figure 1 depicts a total of 11,723 OPD patients were reported in 2014 by National Institute of Mental Health (NIMH), of which 83% were admitted. Amongst the admissions, 2,591 patients (26%) urgently required psychiatric and intensive care and 1,341 patients (13.6%) were transferred to the Institute from other hospitals.  Given that treatment is centralized and only available in the cities, and most patients are reluctant to obtain medication, they enter hospital at the late stages of their illness, which implies that they require intensive care.

From a total of 7,062 patients (Figure 2) admitted in 2014, 62% of  patients admitted were within the age group of 17-49 years, of which 2,970 patients were male. The country also has one of the highest suicide rates  amongst youth with recent protracted conflict and the tsunami aggravating mental health needs. The suicide rate for males is 44.6 per 100,000 population, while for females it’s 16.8 per 100,000 population. Suicidal rates have increased in the last two decades with approximately 10 suicides reported island-wide daily, with half the victims having suffered from depression. The high incidence of suicide stems from impulsiveness and the inability to cope, which has resulted in the major causes of death among youth.

Stigma is an overarching barrier associated with mental disorders worldwide but more prominent in Asian countries where communities are family-orientated. Many Asian families including Sri Lankan families hide mental illness from society to avoid discrimination in terms of marriage engagements and employment prospects.  Even when help has been sought, evidence show that reintegration into families is poor, due to the associated stigma. This leads to a vicious cycle whereby people with mental illnesses continue to be undiagnosed, leading to isolation, particularly if action is not taken to understand and support families experiencing mental health care problems.

Mental health care in Sri Lanka is plagued by poor funding and a scarcity of trained human resources.67 consultant Psychiatrists200 patients visiting the Colombo National Hospital on a daily basis, the inequality in the provision of care is a serious cause for concern. The deficit of trained mental health workers is worsened by geographical inequity, with the majority of psychiatrists located in the Western Province. A large proportion of postgraduates trained in psychiatry in the last few decades, have not returned to Sri Lanka upon their completion of their overseas training.  Others have worked in Sri Lanka for a few years and migrated overseas for better prospects. Also, the absence of a proper referral system and poorly developed multidisciplinary teams makes it difficult for psychiatrists to deliver services optimally.

Although community-based mental hospitals are considered to be more accessible and reduces the reliance of tertiary care, their services seems to be provided in an ad-hoc manner. At the same time, outpatient clinics in tertiary care hospitals have inherent problems. Lack of a culturally appropriate service to accommodate the needs of diverse patients, fear of experiencing discrimination in the treatment setting, language and communication barriers, lack of familiarity with mainstream mental health services are many of the hurdles faced by mental health patients and their families.