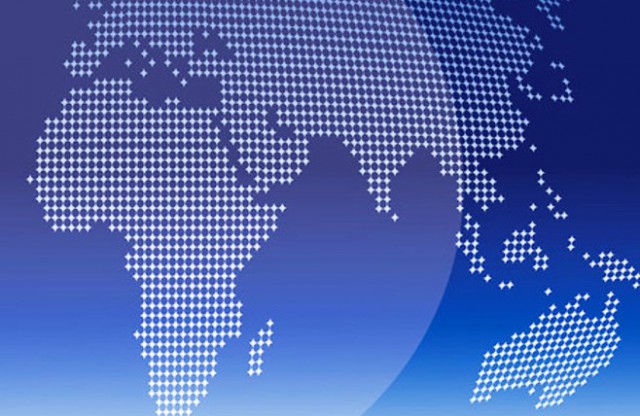 A high level of productivity is essential in realising the government’s vision, a more open economy with an emphasis towards attracting foreign direct investment (FDI) and improving the country’s trade capacity. In this regard, the recent release of the Global Competitiveness Index for 2016/17 by the World Economic Forum and Sri Lanka’s drop in rankings should be a major cause of concern for policy makers. Notably, this comes almost simultaneously as the Asian Development Bank (ADB) revising its growth projections for the country from 5.3% to 5% in 2016 due to “weak industrial performance and fiscal consolidation”. Undoubtedly recent floods and droughts have had some impact on economic performance; however, the release of the Global Competitiveness Report sheds light on a more structural weakness in the economy that inhibits the country’s progress. The following article elaborates on some key aspects highlighted through the report.

Sri Lanka’s failure to fully utilize its post-conflict economic growth dividend has been well reported. One of the reasons for this failure is the overdependence on a state-led development strategy that also increased debt levels immediately after the war. Consequently, the country has failed to attract any large-scale investment that could potentially upgrade the country’s technology and attract investment in ancillary industries, or catalyse domestic entrepreneurship in this area. Since the change in government, whilst a more open and inclusive growth strategy appears to be pursued, its implementation has been dogged by policy instability.

Figure 1: Most Problematic Factors for Doing Business in Sri Lanka

The intensity of policy instability is recognized as the most problematic factor for doing business in Sri Lanka. Ad-hoc policy changes, be it regarding VAT rates, national budget allocations, and a general absence of a clear national economic strategy in the public domain has resulted in a growing confidence gap between private sector investors and the government. For example, continuous changes to VAT and import duties, be it in general or particular industries such as the import of motor vehicles, would have a drastic effect on a firm’s ability to make future investment commitments. Moreover, the sudden cancellation of the Port City Project following the election without prior consultation with the investors would have sent a negative signal to other investors looking at Sri Lanka as a viable destination. Especially in terms of FDI, policy stability (across governments) is crucial and a clear economic vision is imperative to attract the types of investments necessary for Sri Lanka’s progress.

In addition to the reduction in global competitiveness, Sri Lanka should also be worried by the relative improvements being made by their counterparts in the region. India, for example, has made significant strides in their level of competitiveness over the past two years. South Asia is one of the fastest growing sub-regions in the world, especially due to India’s rapid emergence. Investment flows into the region will, therefore, likely increase over the next decade or so and Sri Lanka should pay urgent attention to its deficits in order to effectively position itself as a viable investment destination.

The island’s position in international economics, however, necessitates comparisons beyond the South Asian region. Sri Lanka’s comparative advantage does not lie in low-wage labour such as those of Bangladesh and therefore, it needs to be attractive to investments that have progressed further up the technology ladder. As the Global Competitiveness Index demonstrates, however, Sri Lanka lags behind on their “efficiency enhancers” such as labour market efficiency and financial market development. Even more concerning is that Sri Lanka ranks low on its “Technological Readiness” index with a meagre score of just 1.7 out of 7 in “ICT Use”. Comparatively, countries against whom Sri Lanka competes to attract investment, such as Malaysia and Thailand, have performed much better in upgrading their technology and are thus technologically prepared better for future developmental challenges. Consequently, investors are likely to be attracted by these countries rather than Sri Lanka.

Although Sri Lanka has experienced political stability in its recent past since the conclusion of the conflict, the country has failed to translate that stability into stable policies. The absence of policy stability, therefore, has hindered the country’s post-conflict growth with the policy environment becoming increasingly unattractive for investment – both from home and abroad. Therefore, it is imperative that the government recognizes this deficit and create a mechanism through which both the general public and the private sector are given a clear economic vision for the future. A strong correlation between the “Development Plan”, expected to be introduced by the Prime Minister soon, and the budget for 2017 would be a good start in collating differing policy agendas towards a single vision. In doing so, the country should also address labour inefficiencies and promote better innovation from within through public-private partnerships. Each of these areas will reverse the nation’s recent decline in competitiveness and thereby become a more attractive destination for investment.

The Institute of Policy Studies of Sri Lanka (IPS) was a Partner Institute in Compiling the Global Competitiveness Report 2016/17.