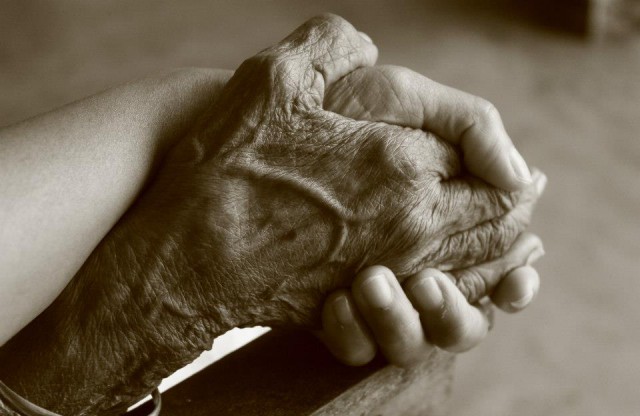 The United Nations marks today (15th June) as the World Elder Abuse Awareness Day.  Abuse of older people is either an act of commission or of omission, which may be either intentional or unintentional. The abuse may be physical, psychological, financial or other material maltreatment.   It is increasingly seen as a problem that is likely to grow as many countries rapidly experiences an ageing population.   With a global population of people aged 60 years and older more likely to double, from  841 million people in 2013 to more than 2 billion in 2050, older persons are projected to exceed the number of children for the first time in 2047.

Asian societies such as India, China, Japan and Singapore have reported higher rates of elder abuse compared to high income countries in the West.  Hospital based studies from China and India found that 20% – 25% of Indian and Chinese elders were financially abused. It may be postulated that traditional Asian families are hierarchical in nature, where authority and structure in the family is defined by position and determined by age and gender.This then leads to the expectation that children are to live with and provide for elders later on in life. It is not a choice but rather a responsibility they are expected to fulfill, as Asian cultures have traditionally assigned the role of caregiver to adult children. However, when adult children are forced to live up to these ingrained responsibilities or obligations, the burden felt may cause them to turn around and abuse elders instead, to relieve some of their tension and stress. It is increasingly apparent that abuse against elders continues to remain a private matter, well hidden from public domain. Although globally statistics on the extent of abuse on elderly population is scant, population based studies have predicted that approximately 4% to 6% of elderly people have experienced a degree of maltreatment at home.

Elder abuse is a global social issue, which affects the health and human rights of older persons and deserves the attention of the international community.

Abuse of Elders in Sri Lanka

Sri Lanka’s ageing population is among the oldest in the non-developed world and also one of the fastest aging countries in the world.  The elderly population (defined as people above the age of 65 years) of 1.7 million in 2001, is expected to rise to 3.6 million by 2021, and will comprise 16.7% of the total population. By 2041, one in every four Sri Lankan is expected to be elderly. According to population projections, at present, life expectancy of Sri Lankan females at birth is 77.2 years and males 69.2 years. At the same time the proportion of working age population will progressively decreasing in the coming decades, thus abuse to elders will become a significant problem due to increased life expectancy.

There is an absence of routine surveillance system related to elders and neglect in Sri Lanka and official statistics unfortunately do not capture the extent of abuse faced by elders. Thus, the magnitude of the issue is under reported and elders are left voiceless. A recent cross-sectional descriptive study at the North Colombo Teaching Hospital revealed that 38.5% of elders over 60 years attending the out-patient department were at high risk of abuse.  Either physical, psychological, verbal or neglect was reported by 45% of elders while 5.6% of elders surveyed were physically abused.   Screening tests revealed that the study population was vulnerable to psychological and financial abuse.  According to the most recent National Report on Violence and Health in Sri Lanka, physical abuse is more likely to take place in institutions than at homes although independent empirical studies highlight that none of the victims were from institutions.

Gender has been a defining factor in elder abuse on the grounds that older women may have been subject to oppression and economically disadvantaged all of their lives. A study by Perera et.al (2010) (Figure 1) in the Galle Medical Officer of Health (MOH) area found that a higher prevalence of abuse is reported among females. This is not unexpected as females tend to live longer and are more likely to be dependent on their caregivers or children.  Although the prevalence rate in this study cannot be taken as the prevalence rate for Sri Lanka, it is an indication of similar rates in other Asian countries. Financial abuse was the most common type of abuse reported.  Some caregivers may suffer economic difficulties since they are compelled to resign from their jobs to care for their elderly relatives. These caregivers may then develop feelings of resentment because they have lost their source of income. Those parents with large families are at risk of psychological and financial abuse. This is in contrary to the traditional expectation that larger families would protect elders since they would have more to care for them. Given that most people expect to reside with their children and grandchildren, changing socioeconomic realities have resulted in young families adopting a nuclear family concept excluding older elders.  Although financially well off older people could be vulnerable to financial abuse, frail older people with fewer financial resources are at further risk of neglect.

Evidence portray that unhealthy past relationships between the informal caregiver- adult child and an older parent, characterized by actions of child abuse, domestic violence, inappropriate discipline, physical punishment and domestic violence could lead to elder abuse. Hughes (1997) identifies the mental health status of older people and the history of violence before caregiving had commenced as two main risk factors for elder abuse.

Stress experienced by caregivers in fulfilling multiple roles in full-time employment, raising children as well as taking care of an older person could be extremely stressful to the caregiver.  Although it is with good intentions that   care is provided, stress induced by other family commitments may result in verbal and physical abuse towards the older care recipient.

Studies on violence against older people in domestic settings have found that aggressors are more likely to have mental health and substance abuse problems. Older people suffering from a cognitive disorder such as Alzheimer’s disease and dementia may behave violently towards their caregiver especially when the disease progresses.  Violent behaviour and failing to diagnosis the cognitive disease increases the incidence of elder abuse. Vulnerability to elder abuse also exists amongst older people with a memory impairment, which leads to their dependence on the perpetrator.

Since Elders abuse is unreported most health professionals are ill-experienced to screen for elder abuse and detect vulnerabilities.  Health professionals may be reluctant to report elder abuse because of subtlety of signs, victim denial, and lack of knowledge about reporting procedures. Other reasons include concern about losing physician–patient rapport, concern over potential retaliation by perpetrators and perceived contradictions between mandatory reporting and a provider’s ability to act in the patient’s best interests.   A common misconception for reporting elder abuse is that convincing evidence is needed to report.

What can be done?

A strong sense of community, spirituality and resilience, loyalty to family and an appreciation of the elderly are factors that will mitigate abuse of older people. A strong sense of community can thus be created through the extended family, the religious community and neighbours, a source of support during times of distress.   Education of communities on the aging process, promoting the needs and rights of older people, and improvement in the coordination of policies are some of the initiations that could be implemented to help constrain the extent of abuse on elders.