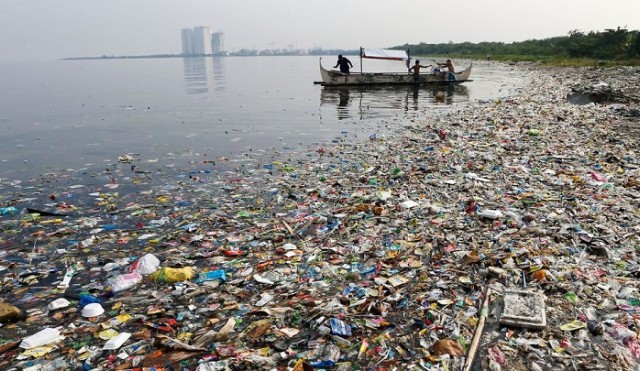 The World Oceans Day is marked today, under the theme ‘Healthy Oceans, Healthy Planet’; at a time Sri Lanka is striving to recover from a major natural disaster. While natural disasters cause sudden surges of ocean debris, taking tonnes of garbage from land into the ocean, it is much worse during floods, especially when populated areas adjoining the coastal belt are affected – as it did during the recent floods in Sri Lanka’s Western Province. As the country is still struggling to overcome from the trauma in the wake of the disaster, the serious impact this has on oceans is likely to be neglected, as more immediate problems on land naturally take priority.  In the usual havoc created by scattered debris after floods, one might even be pleased if all of it gets washed off to the ocean, a course of action often taken for granted to remove garbage and waste from coastal areas. However, such thinking may be counterproductive, causing long-term damages to the marine environment, leading to a situation of ‘Sick Oceans, Sick Planet’, the opposite of the today’s theme.

“Recent floods in the Western province, especially in the Kelani River closer to its sea entrance is likely to have resulted in some influx of flood debris to the sea. This has so far not received sufficient public attention”

Marine pollution due to disasters that occur in the ocean such as ship accidents, oil spills, chemical spills, etc., have been well recognized and many countries are prepared to face these at least to a certain level. Similarly, there is also awareness on marine debris from ships and various land sources.  However, comparatively, the knowledge of marine pollution caused due to natural disasters on land areas is somewhat limited. Studies show that natural disasters that occur on land can lead to a heavy collection of ocean debris. Disasters such as hurricanes, tropical storms, and tsunamis are usually associated with high winds, heavy rains, storm surges, and flooding that can pull large amounts of land debris into surrounding seas. Such debris include small to large structures, household items, and garbage washed off from flooded areas.  Observations on such marine debris have been made after many reported cases such as Hurricanes Katrina and Rita, and cyclone Sandy. National Oceanic and Atmospheric Administration (NOAA) of USA has carried out such studies on marine pollution associated with disasters.

The 2011 Tsunami in Japan and Fukushima disaster captured world attention due to the possible involvement of radiation contaminated marine debris.  According to the estimates of the Government of Japan, the disaster brought over 5 million tons of debris into the sea.  Sudden influx of debris flows caused by disasters could lead to various unfavourable outcomes such as public safety and health issues, problems for navigation due to obstruction of navigation channels and threats to marine biodiversity and ecosystems. Studies have shown that significant amount of debris breakup into parts and get sunk in the sea, mostly in nearshore areas. However, there is floating debris that could take different paths. Part of it is washed ashore sooner or later. Observations indicate some floating debris may get carried over by waves, scattering over the ocean, sometimes ending up in distant places. Depending on the nature of float, the speed and distance travelled may vary. For instance, some debris generated in Japan’s Tsunami disaster has been reported in West coast of USA. Sometimes debris could get caught up in a circular ride of currents (e.g., North Pacific Subtropical Gyre), ending up in ‘garbage patches’ where debris has accumulated. Some materials in the disaster debris could stay in the environment without being degraded for long periods of time (e.g., some types of plastics).

“Sudden influx of marine debris from disasters is a problem that involves inland areas, coastal zone and marine environment. The problem requires an integrated approach that combines all three ‘zones’ – land, coast and sea”

Understanding on post-disaster surge of marine debris appears to be limited in Sri Lanka. The only occasion that it could have captured the public attention was the 2004 Tsunami. However, in the midst of a large death toll, tremendous property damage, and large-scale displacements; it escaped the public discussion that it deserved.  The recent floods in the Western province, especially in the Kelani River closer to its sea entrance is likely to have resulted in some influx of flood debris to the sea.  This has so far not received sufficient public attention. Mitigating disaster debris is a challenge for public agencies. It needs monitoring of debris movement and accumulation of them. If accumulated debris is causing obstructions to navigation channels or usual habitats of marine animals, actions should be taken to for their removal. Establishing reporting procedures on debris washed ashore is necessary and this should be followed up with a beach clean-up.  Some countries have resorted to calling for voluntary public support for reporting and cleaning up. Whenever possible, recycling of some debris may be the best course of action (e.g., metal cans, plastics).  To achieve success from such measures, there should be good awareness and education among the public.

Sudden influx of marine debris from disasters is a problem that involves inland areas, coastal zone and the marine environment. Hence, the problem requires an integrated approach that combines all three ‘zones’ (land, coastal zone, and sea) of environment.  Sri Lanka has introduced the Marine Pollution Prevention Act (MPPA) in 1981 along with the Coast Conservation Act (CCA) passed in the same year, just one year after passing the National Environment Act (NEA). These three acts are responsible in overcoming pollution problems in the ocean, coastal zone and inland areas, respectively.  Along with these Acts, three national agencies, namely, the Marine Environment Protection Authority (MEPA), Coast Conservation Department (CCD) and the Central Environmental Authority (CEA) also were formed. This system was further strengthened with the introduction of Disaster Management Act (DMA) in 2005, establishing the Disaster Management Centre (DMC) as the implementation agency. Hence, the necessary legal framework and institutional arrangements are already in place to find an integrated solution. What is needed is a coordinated effort by the relevant agencies and effective enforcement.

Athula Senaratne is a Research Fellow and Head of Environmental Economic Policy Research at IPS. Prior to joining IPS in 2006, he has gained considerable experience in the management of environmental resources and economic policy in Sri Lanka serving in the government sector. His research interests include climate adaptation, institutions and property rights, and environment and macroeconomic policy. He holds an M.Phil in Agricultural Economics from the University of Peradeniya, Sri Lanka, and a PhD from Deakin University, Australia. (Talk wi