Will TPP Lead to Trade Diversion from Sri Lanka? 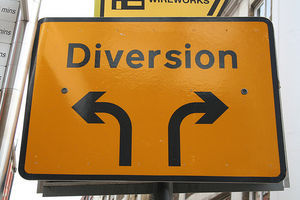 After more than five years of negotiations behind closed doors, the Trans-Pacific Partnership (TPP) Agreement reached a conclusion on 5th October, 2015 in Atlanta, US and was signed on 4th February 2016 in Auckland, New Zealand. The completion of this deal was a landmark given that it is the first mega trade agreement of its kind. TPP brings together 12 countries, both developed and developing nations in the Asia-Pacific region including Australia, Brunei, Canada, Chile, Japan, Malaysia, Mexico, New Zealand, Peru, Singapore, US, and Vietnam. The region accounts for more than one-third of world’s GDP, and one quarter of world trade. Since the signing Agreement in February 2016, the TPP will now undergo a two year ratification process in all the 12 countries.

The size and scope of this trade deal makes it a pertinent trade policy issue for both members and non-members like Sri Lanka. TPP is anticipated to transform current global trade patterns and affect all countries, particularly those that rely on the US as an export market and share a similar production/export structure to member countries. The potential for trade diversion – that is, diverting trade away from a more efficient supplier outside a trading block towards a less efficient supplier within the block – is a pressing concern in the rapidly evolving international trade and investment environment. In November 2015, Prime Minister, Ranil Wickremesinghe stressed the need for an urgent review of the TPP in his Economic Policy Statement:

“When reviewing the garment sector, we need to carefully address the Trans-Pacific Partnership Agreement under which tax free garment export opportunities have been given to countries such as Vietnam. This has enabled them to engage in competitive markets and supply the American and Japanese markets at low rates. This may also affect exports from Sri Lanka in the future. TPP must therefore be reviewed further.”

Duty free market access provided under the Agreement for member countries would result in cheaper prices for goods traded among TPP countries. This can in turn have a significant impact on trade flows of countries that are outside the TPP including Sri Lanka, as trade would be diverted towards TPP countries where buyers can benefit from purchasing cheaper goods.

Preliminary estimates by the Institute of Policy Studies of Sri Lanka (IPS) indicate that the level of trade diversion/market loss for Sri Lanka due to exclusion from the TPP is about US$ 39.8 million (Figure 1). This amount is negligible in the context of Sri Lanka’s total exports of US$ 11 billion in 2014. A country-wise analysis shows that the biggest loss in exports for Sri Lanka would be in the USA (81 per cent). To a much lesser extent, export loss will also take place in Mexico (8.8 per cent), Canada (5.7 per cent) and Japan (1.7 per cent).

Given that the majority of Sri Lanka’s loss in exports owing to TPP would occur in the US market, the biggest loss in exports include textiles and apparel: product codes HS 61 and 62 (Articles of apparel, accessories, knit or crochet and not knit crochet), which account for around 90 per cent of total export loss in USA. HS 40 (Rubber and articles thereof) will also experience losses, albeit to a lesser extent. Much of the trade loss will be diverted to Vietnam, which is a signatory to the Agreement and competes with Sri Lanka in the US market in a similar range of products. About one-fourth of Sri Lanka’s exports are similar to Vietnam’s exports to the USA, and in these products Vietnam is almost twice as competitive to that of Sri Lanka. This is not surprising, as Vietnam has been touted as the biggest winner of TPP, and it is expected to boost exports to the U.S—already Vietnam’s largest export market. Nevertheless, the overall loss of earnings in exports of textiles and apparel to the US of approximately US$ 24 million is very low relative to current total exports earnings of US$ 4.9 billion in 2014. However, trade diversion effect might be lower than estimated due longer tariff liberalization period, safeguards, and restrictive rules of origin, etc., specified under the Agreement to protect import sensitive products like textiles and apparel, which would affect the utilization of the Agreement by member countries. For example, TPP requires a ‘yarn forward’ rule of origin. It means that all stages of production, starting with yarn spinning, moving to fabric formation and the final garment assembly, must be done using yarns and fabrics from TPP countries. The yarn forward rule is adopted to prevent third party countries outside the agreement from benefiting from TPP tariff reductions as well as to safeguard the textile and apparel industries of some countries such as the US. Under the yarn forward rule, the ability of countries such as Vietnam to export clothing to TPP made from Chinese yarns and fabrics for instance will be constrained.  In the short to medium run, these factors will mitigate the trade diversion risks, by limiting the immediate markets access of the USA by Vietnam under the Agreement.

While the magnitude of loss from trade diversion due to TPP would be negligible for Sri Lanka in the event of TPP coming into force, which is most likely to happen after 2018, the TPP is a living agreement and membership will be open to other countries including those in the Asia Pacific Economic Forum (APEC) at a future date.  Countries such as Korea, Taiwan, the Philippines, Colombia, Thailand, Indonesia, etc., have expressed an interest in joining the mega regional grouping. Therefore, the risks of trade loss/diversion are likely to increase with time given that Sri Lanka is also not part of the other mega-regional trade agreements under negotiations.

Sri Lanka too has cast its eyes on TPP and is currently conducting a feasibility study to determine the pros/cons of the Agreement. The country needs to weigh-in the costs and benefits of the Agreement in light of its current position and development needs. While there are likely to be great benefits involved in joining the Agreement, there are a lot of political and economic investments that will have to be made by the country to be ready to enter into such an Agreement at a later date.

TPP is a ‘comprehensive and high-standard agreement’ going beyond enhancing trade in goods and current multilateral commitments. In fact, only 6 of the 30 chapters in the Agreement covers trade in good issues while the majority of the chapters deal with e-commerce, government procurement, competition policy, state-owned enterprises, intellectual property, labour and environmental protection, etc. Some of these aspiring countries will have trouble in meeting TPP’s ambitious requirements, due to their protectionist stance toward agriculture and industry.

Meanwhile, Sri Lanka should strive to improve the competitiveness of its own exports by creating competitive infrastructure services, promoting export oriented foreign investment, facilitating goods across borders effectively, addressing export market issues through trade agreements, and improving access to inputs of materials, capital, and technology for the export sector.

Institute of Policy Studies  recently completed a preliminary study assessing the implications of the TPP on Sri Lanka. Authors Dr. Janaka Wijayasiri is a Research Fellow and Nipuni Perera is a Research Officer at the IPS.