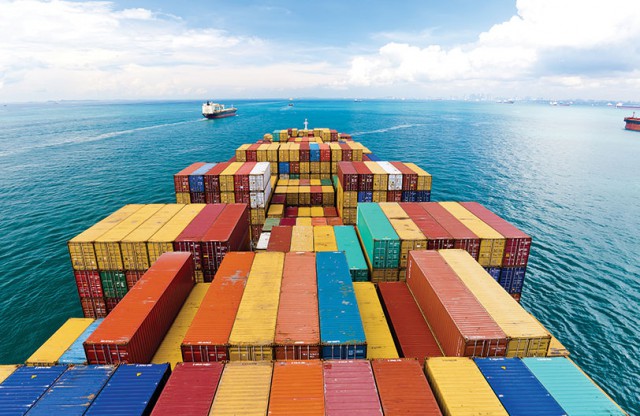 Innovations in telecommunications and transportation have shrunk the distances that once separated nations through enhanced speed, efficiency and economies of coordination, allowing firms to geographically disperse production activities in line with increased specialization. Consequently, international trade and investment patterns have undergone significant change in recent decades, with the reorganization of production processes. Rather than move through traditional mechanisms of industrialization, developing countries are now afforded the opportunity to take part in manufacturing in high value added production. Sri Lanka however has failed to reorient itself to these global dynamics and continues to focus on traditional means of industrialization. This article explores the opportunities and challenges faced by Sri Lanka in successfully adapting to this new global environment.

What is Global Production Sharing?

Global Production Sharing (GPS), the cross-border dispersion of production processes within vertically integrated global industries, has been a defining facet of economic globalization over the past few decades. This process of international division of labour  opens up avenues for countries to specialize in different slices (tasks) of the production process in line with their relative cost advantages as opposed to the need for engaging in the entire production processes of particular ‘final good’ from start to finish.

The expansion of GPS trade has  spread to encompass developing countries and includes  industries such as sports goods, footwear, electronics, electrical goods, automobiles, aerospace and medical devices to name a few. As could be observed from Table 1 below, GPS trade accounts for close tohalf of world manufacturing trade and over two-thirds of manufacturing exports from China and other high-performing countries in East Asia.

The phenomenon of GPS deserves particular attention as part of the outward-oriented development strategy for the following reasons.  Firstly, GPS opens up opportunities for countries to participate in a finer international division of labour, to specialize in different slices (tasks) of the production process in line with their relative cost advantage in a labour abundant economy; assembly activities within global production networks tend to be relatively more labour intensive (and hence ‘pro poor’) compared to ‘conventional manufacturing’ (production from start to finish in just one country) of the given final product.  Successful integration of the manufacturing sector into production networks has played a key role in employment generation and poverty reduction in China and other high-performing East Asian countries.

Secondly, participation in GPS is likely to have a favourable ‘atmosphere creation’ effect on domestic manufacturing as it links domestic manufacturing to dynamic global industries. Thus, participation in GPS also has the potential to yield spillover effects through the transfer of technology and managerial know-how, skill development and ‘atmosphere creation’ effect.  Thirdly, as GPS trade accounts for a larger and increasing share of world manufacturing trade, there can be considerable gains from economies of scale and scope that arise in larger markets.

How Does Sri Lanka Fit into GPSs?

As a low-middle income nation, Sri Lanka faces a crucial dilemma regarding its position in international trade and economic growth. On one hand, Sri Lanka finds it difficult to compete against low-cost labour in countries such as Bangladesh and Vietnam. On the other hand, the country is not sufficiently developed to compete against the upper-strata of middle-income countries such as Malaysia, in producing technologically advanced services. To its credit, however, Sri Lanka benefits from locational advantages as a transitory hub between Europe and the rest of Asia, as well as close access to the rapidly expanding Indian market. In this regard, trading agreements with expanding markets that reflect modern trends in international trade and address the elimination of non-tariff barriers with trading partners is crucial. The availability of such agreements can be used to successfully leverage investors with an opportunity to access large and growing markets with immense potential.

Firms are keen to invest in locations that possess trainable unskilled labour, and middle-level (supervisory) technical manpower. With very high literacy rates, across genders, Sri Lanka possesses a labour force that complements these requirements adequately. Moreover, with a relatively small labour force, the country is unlikely to have the resources to establish fully-fledged manufacturing to a scale that can replicate the industrialization process of certain other countries. A focus on specialising in parts and components manufacture, therefore, allows the economy to make more realistic changes and simultaneously gain through international trade.

What Needs To Be Done?

A pertinent factor in determining Sri Lanka’s successful participation in GPSs is its service link costs – the costs involved in coordinating production tasks across borders. The service link costs of a country depend on a plethora of factors including infrastructure and trade logistics, property rights protection (including enforcement of contracts), political stability and policy certainty, and the liberalization of trade and investment regimes. These challenges are reflected through current levels of manufacturing in Sri Lanka. GPS trade in the country continues to be dependent on a handful of medium sized investments that were setup during the 1990s. As Table 2 demonstrates, the manufacture of parts and components is significantly low compared to other countries and the country’s share does not appear to be increasing adequately in order to keep pace with the rest of the world.

Participating in GPSs depend on the ability of firms to transfer goods rapidly across borders and therefore requires efficient access from the manufacturing plant to the port, often an airport rather than seaport. Currently, air-cargo flows almost exclusively through the Bandaranaike International Airport and capacity constraints may create bottlenecks if the outlet is overburdened. In fact, the currently unused Mattala International Airport (MIA) provides a viable alternative. Rather than continue to pursue a failed strategy in promoting MIA as a passenger destination, the airport can be used almost exclusively for transport of cargo, if the necessary infrastructure (e.g., industrial parks) can be established in its vicinity. A combination of relevant logistical support and access to efficient transport infrastructure will incentivise firms to consider Sri Lanka as a preferred investment destination.

In addition to logistical and structural factors, investors are particularly concerned by the economic climate of countries. Intellectual property protections and mechanisms associated with enforcing these protections are especially important for global production networks. The global production process is such that generally design and innovation occurs in developed nations while manufacture and assembly take place in developing economies. Therefore, firms require stringent measures that protect their respective intellectual property in any country where manufacturing takes place. Sri Lanka is ranked 161st in Enforcing Contracts on the Doing Business Index. If Sri Lanka is to establish itself as a preferred destination for foreign investment, be it in parts and components trade or otherwise, urgent attention is required to reform the relevant judicial processes and strengthen its intellectual property rights regime.

One of the fundamental features in creating a conducive investment environment is policy certainty and stability. The conclusion of the three-decade long conflict should have in theory ushered in significant amounts of foreign direct investment into the country. However, barring foreign investments geared towards state sponsored infrastructure projects; foreign investment flows into the country have been weak. One of the main factors deterring investments is the lack of policy certainty in Sri Lanka. Successive governments in recent years have contributed to this uncertainty through the implementation of ad-hoc policies such as the Land (Restrictions on Alienation) Act in 2014 and the imposition of retrospective taxes in 2015. The country has already failed to fully realize the investment potential of a post-conflict economy and continued policy uncertainty will only exacerbate the situation.

Sri Lanka’s complicated tariff structure, which also includes a plethora of para-tariffs, undermines the potential of integrating into GPSs. Given how GPSs are organized, parts and components may cross multiple borders, multiple times and the absence of a uniform tariff structure increases the costs of production as even a minor tariff accumulates and erodes competitiveness.