Can We Produce Better Estimates of Urbanization in Sri Lanka? 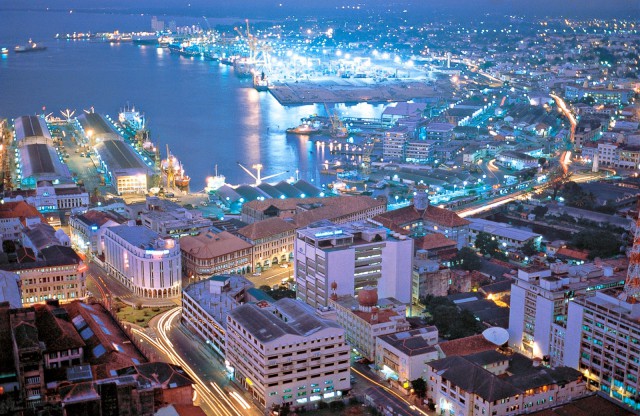 Sri Lanka has a visibly high rate of urbanization and ambitious plans for further urbanization through the envisioned Western Region Megapolis Project. Nonetheless, the latest official statistics indicate that only 18.2% of the population lives in urban areas. This does not reflect the true level of urbanization in Sri Lanka. World Bank notes that ‘while urbanization data in Sri Lanka are much debated, there is consensus that the country is urbanizing faster than the statistical figures suggest’. Similarly, in many cities in Sri Lanka, the true extent of the city extends beyond its administrative boundaries, while as much as one-third of the population may be living in areas that ought to be classified as urban areas. Reinforcing these views, the Department of Census and Statistics (DCS) confirms that the current definition underestimates urbanization and that the urban population `would have been much higher if the definitional issues were resolved’.

As per the current definition, Municipal and Urban Councils are considered urban areas. Until 1987, Town Councils (TCs) were also urban. With the 13th Amendment to the Constitution, TCs were abolished and absorbed under the Pradeshiya Sabhas, which are considered rural. The vertical line at 1987 in Figure 1 depicts this change and the associated urban population share estimates before and after 1987.

In this context, as noted by DCS ‘it is important to introduce a realistic definition of urban areas taking into account the characteristics of the population rather than based on administrative considerations alone’. Definitions in Other Countries

There is no universally accepted definition for ‘urban’ and every country defines urban independently. In 2011, out of the 231 countries reported in the World Urbanization Prospects, only 28% used a pure administrative definition, while most countries used criteria such as urban characteristics, population size, and population density to distinguish urban areas. Some countries used a combination of population and geographic characteristics with administrative criteria.  India, for instance, defines urban as areas which have a minimum population of 5,000, a minimum density of 1,000 persons per square mile and at least 75% of the adult male population being employed in non-agriculture activities. Similarly, the validity of cooking energy as a proxy for economic element rests on the Energy Ladder hypothesis and the related nexus between higher per capita incomes, increased urbanization and replacement of traditional energy sources with modern ones.  Studies show that Sri Lanka as a whole is moving away from traditional fuels towards modern ones, while  relying on a portfolio of fuels, in which the type of energy used is associated with income,  where the use of firewood declines when income increases.

In this alternative definition, the cutoff values of proxies are justified by data – where over three-fourth of the GNDs  have a well water dependency  less than 95%, and a half  of GNDs have a firewood dependency less than 95%. For population level and density, the critical values are reasonable for Sri Lanka, compared with definitions in other countries, and justified by data.

Combining these criteria 3,659 GNDs can be identified as urban (see Figure 2), which accounts for an urban population of 8,334,801 persons. Colombo district has the highest share of urban population (90%) followed by Gampaha and Kalutara (see Table 1).

This Alternative definition estimates  43.8% of the Sri Lankan population to be living in urban areas, which is very close to the 48% quoted by the Minister of Megapolis and Western Development, and the 47 % estimated by the Agglomeration Index (AI). The advantage of this alternative definition over the AI is its appropriateness for Sri Lanka due to the use of country specific characteristics and critical values. This new definition also improves on the rigidities of the existing definition, and  can be applied to many datasets such as the Household Income and Expenditure Survey to obtain data with diverse variables to conduct in-depth research on urban housing,  health and employment, to name a few.  Such research would be invaluable for the success of the planned Western Region Megapolis Project.