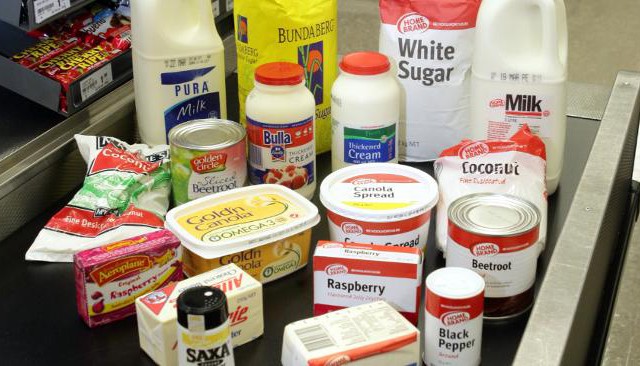 Accompanied by the rise in per capita incomes and overall improvements in living standards, supermarkets are increasingly accounting for a growing share of grocery trade in many developing countries around the world. The trend is such that, in many of these instances, a large share of these grocery markets are increasingly being concentrated amongst a handful supermarket chains, which in effect has led to an imbalance of power in the groceries supply chains, in favour of supermarkets. The experience from developed countries in particular suggests that as supermarkets have been able to consolidate their dominant market position, they are seen restoring to abusing their buyer power at the detriment of suppliers. Whilst the abuse of buyer power may not immediately affect consumers, such abuses overtime are bound to adversely impact consumers. Over the past decade or so, Sri Lanka too, has witnessed a proliferation of supermarkets chains. With the emergence of supermarket ‘home brands’ in Sri Lanka over the last couple of years and the local industry well positioned to expand in to the future, regulators must guard against the possibility of buyer power abuses in the interest of both suppliers and consumers.  Against the preceding backdrop, this article discusses how the abuse of buyer power takes place, their impact on consumers and what regulators could do to curb such practices, drawing on international best practices.

Supermarkets’ buyer power arises from their retailer power: bigger buying volumes command better buying prices, as such both buyer power and retail power are mutually reinforcing. As the retail power of supermarkets expands as a consequence of growing market share, so will their ability to bargain for better deals from their suppliers. Likewise, as buying prices fall, retail prices also fall giving them more market share. Thus buyer power and retail power are both mutually reinforcing. From a consumer welfare perspective, reduction in retail prices is seen as positive. However these benefits may only accrue in the short run. The abuse of buyer power at the detriment of suppliers would in the long term adversely impact consumers as ultimately both consumers and suppliers are connected.

Abuse of Buyer Power and Supplier

Abuse of buyer power is financial in nature and/or creates uncertainty for suppliers. Listing fees to be on a list of suppliers, delisting/threat of delisting upon refusal to reduce prices or failure to make other payments, slotting fee to gain access to shelf space, demanding extra or unforeseen discounts or payments from suppliers and retrospective discounts on agreed price, changes to quantity and/or specification without compensation are some of the common forms of abuse by supermarkets. The rise of retailers’ own brands, commonly known as ‘private labels’ or ‘home brands’ has exacerbated buyer power abuses. As supermarkets have started to acquire more market share and presence in the mind of consumers, they have begun to develop their own brands as a means of bolstering market share and profits. Thus in addition to their traditional role as purchasers, they have become direct competitors to their suppliers, which in effect has led to the increase in abuse of buyer power in their bid to thwart competition.

Whilst consumers may benefit from lower prices in the short term, in the long term, if buying prices are held down to unsustainably low levels over a long period, there is a risks to the survival of suppliers. As such supply may dry up leading to higher buying prices, which in consequence would translate into higher retail prices in the long run

Supermarkets claim that their own brands mean additional choice for consumers; however, evidence suggests that retailers’ own brands tend to drive out branded goods. Limited shelf space means that branded goods are increasingly replaced by own brands. Furthermore, own branded goods are more often than not, more profitable for supermarkets given that their promotion costs can be carried as part of their corporate overhead, while  tight control over their own brand suppliers helps to reduce direct costs as well. As such for a long term perspective supermarkets would seek to stock home brands over branded products and thereby limiting the range of brands consumers can choose from.

What are Regulators Doing?

Few countries around the world have taken measures in various degrees to counteract the imbalances of buyer power. In South Asia, supermarkets account for a very low component of its retail market, and as such, have not required state intervention. Others such as the United States of America and several other Latin American countries do not possess explicit regulatory measures dedicated to the industry, and instead have integrated relevant measures to curb anticompetitive practices on both demand and supply-side of supermarkets within existing antitrust laws. The Robinson Patman Act in the USA, for example, regulates vertical relations between suppliers and retailers and protects small suppliers by prohibiting the retailers from charging different fees, requiring different services, or requesting discounts from the producers, if that differentiation has negative effects on the competition.

Regulators in the United Kingdom and Australia have taken a more active role against buyer power abuse. The United Kingdom introduced the “Groceries Supply Code of Practice” to explicitly address the negative effects of the power asymmetry between supermarket retailers and their suppliers. The Code covers areas such as supplier agreements, promotions and fees, and dispute settlement mechanisms. Australia has no compulsory regulations in place, but rather has introduced a voluntary industry code, dedicated to supply practices, enforceable under the Consumer and Competition Act. The Code requires certain standards of conduct that cover the life cycle of the relationship between retailers or wholesalers and suppliers, and aims to deliver more contractual certainty in trading relations between suppliers and supermarkets, encourage a sharing of risk and reduce inappropriate use of market power across the value chain.

The most common form of regulations imposed by countries across the world is the strengthening of the role of Supplier Agreements, and the creation of relevant institutions by which the agreements are enforceable and/or the creation of a dispute settlement mechanism.

The fast growth of supermarkets in Sri Lanka has seen the organized retail industry concentrated among three main private sector fast-moving consumer goods (FMCG) retail chains. The three industry leaders account for approximately 15 per cent of modern retail trade in the country. With the emergence of home brands and the gradual concentration of market power in the hands of supermarkets, the scope for buyer power abuses are set to become more prevalent. In light of the experience in the developed and other developing countries, there is a risk that as the industry grows, consumers would be indirectly affected. Whilst Sri Lanka has already in place a set of regulations outlawing anticompetitive practices, there are no specific legislation to govern the interaction between suppliers and retailers. As such, in light of growth potential of the industry and the consequences it poses on consumer welfare, regulators must look to incorporate such provisions within the existing regulatory framework.

(The writers Raveen Ekanayake is a Research Officer and Pamokya Marambe is a Project Intern at IPS.)