World Kidney Day 2016: What More Can Sri Lanka Do To Save Lives? 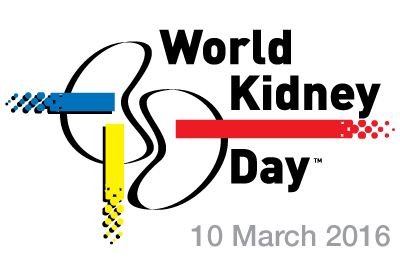 The World Kidney Day this year (10th March) is marked under the theme ‘Kidney Diseases and Children, Act Early to Prevent It.’  Acknowledging the fact that kidney diseases affect millions of people worldwide including many children, the global awareness campaign is aimed at encouraging and facilitating education, early detection and a healthy life style in children, from birth, so that they are free from such health issues during old age.

Diabetic nephropathy and high blood pressure are the leading cause of Kidney Diseases in Australia, Europe and North America.More than 661,000 Americans have kidney failure. Of these, 468,000 individuals are on dialysis and approximately 193,000 live with a functioning kidney transplant.  At present, 1 in 3 American adults are at risk of developing kidney diseases. In many Low and Middle Income countries such as India, Sri Lanka, South American and Middle Eastern countries, environmental pollution, pesticides and other chemicals, and unregulated food additives have been attributed as causes of Chronic Kidney Disease (CKD).

In Sri Lanka, the cases of children affected by kidney diseases are low, while cases of CKD are rampant. Therefore, this article predominantly focuses on the incidence of CKD, burden of the disease, and highlights the importance of appropriate measures for early detection.

The outbreak and prevalence of CKD among male farmers in the age category of 15-70 years engaged in rice cultivation in the North Central Province (NCP) was first recognized in the early 1990’s. While the cases were predominantly seen in males, they are now also apparent in both females and children. The disease was first found in Padaviya, is spreading to neighboring districts in the North Western, Eastern and Uva as well as Northern and Central Provinces (Figure 1).

Although official statistics on the incidence are unavailable, the Presidential Task Force established for the prevention of CKD confirms approximately 20,000 patients are admitted to government hospitals causing 2,000 deaths annually. The total number of deaths is underestimated nationwide as home deaths are excluded in death registries. A cross sectional study conducted in 9 provinces by Jayasekera et.al (2015) confirmed a remarkably higher number of CKD patients in NCP alone, four fold greater than in other provinces.The study further highlights that although other provinces were also affected, the etiologies of the disease were primarily diabetes (30.6%) and hypertension (13.2%). According to hospital information, CKD was found to be widespread in areas where agriculture is the main occupation and are unrelated to known causes commonly identified with kidney diseases such as Diabetes, Hypertension or obesity. Currently, the root cause of the disease is under investigation and subject to controversial and inconclusive studies including the WHO report (2012) on the subject.

While the underlying causes for the disease are unknown and yet to be identified, it is widely believed to be an environmentally induced disease. Exposure to low levels of cadmium through food and to nephrotoxic pesticides are considered to be underlying causes.  Cadmium levels in soil and the consumption of illicit alcohol and tobacco in endemic areas are observed to be higher compared to non-endemic areas. Several studies further indicate high levels of cadmium, arsenic and lead were found in some samples of phosphate fertilizer and weedicides. Given that disease related deaths are rising exponentially, CKD has currently become one of the most burning environment related health issues of national concern in Sri Lanka.

Despite the fact that CKD is rising at an alarming rate, the exact extent is difficult to determine given that many people may not receive hospital treatment. The slow progressive disease with patients seeking treatment at late stages when dialysis or transplantation is required leaves a high economical cost to the patients, family and the government, which incurs a colossal sum for the management of renal diseases. Presently, there are a mere 185 renal-dialysis machines in government hospitals.  Due to limitations in dialysis machines and kidney specialist’s nephrologists; dialysis is provided to patients only twice a week. Although approximately 4-5% of annual health budget is spent on the management of patients, many more dialysis machines and other equipment are in need to meet the growing demand.

CKD is argued by some as a development induced disease prevalent in areas with heavy agrochemical use. The social epidemiology of the disease should be closely studied for effective interventions including early diagnosis and raising public awareness. The vast majority of patients are low income groups that have to forego some of the procedures and medications that require payment. Dialysis patients are compelled to travel bi weekly  long distances to obtain medication. The high cost of medical treatment leaves families to mortgage and sell assets, request for kidney donations from the public at end stage renal failure. Gunatilleke (2012) found that a kidney patient had to spend approximately LKR 10,000 for dialysis and LKR 800,000 for a kidney transplant.Since patients waited in agony for many years in search for a donor with a matching kidney, the government in 2010 was compelled to change policies to permit kidney donations by non-relatives. In addition, when a breadwinner develops kidney disease and can no longer work, the entire family runs into financial debt. The sudden disruption to livelihood following the onset of the disease, moral panic concerning the causes of the epidemic, disruption of children’s education, stigma encountered by the patients and their families, and a lack of support mechanisms for the affected families are some of the consequences.

The Government has indeed shown continued commitment and support towards prevention and control of CKD. Provision of clean drinking water to  13 schools and villages in Northern, Eastern,  and Uva Provinces;  promotion of  organic farming of native Sri Lankan heirloom rice; banning of certain agrochemicals are strategies presently implemented.

Transparent Flow of Data: Despite the progress made, the multifaceted nature of this problem and the significant data gaps call for more comprehensive research, and data-driven public policy discussion.  Continued strengthening of disease registries and standardization of surveillance reporting will provide open and transparent research exchanges.

Integrating Vital Institutions: Supporting institutional arrangements for the implementation of inter- sectoral coordination, monitoring and evaluation of pesticides and fertilizers are essential.  Strengthening health care service networks with models that ensure quality of care and patient safety, availability of human resources, health technologies for prevention and control, and, adequate financing are of vital need.  In addition, surveillance systems must be reinforced in order to assess disease trends and intervention impacts so that funds can be channeled where required.

Improving Public Awareness: Initiating health programmes to educate farmers, vendors, and school children on the adverse health effects of agrochemicals and the importance of applying safety and control measures when using them would to a certain extent reduce the incidences. For example, El Salvador is burdened with CKD in agriculture communities.  As such, Pan America Health Organisation (PAHO) is committed to improving the social, environmental, occupational, and economic conditions of the affected communities and to strengthen surveillance and CKD-relevant health services.

Let us therefore take the initiative this year to advocate for more enhanced and efficient infrastructure to better communicate and educate the wider public on CKD; and endorse for the introduction of a multidisciplinary care system for prevention, control and management of the disease to ensure effective service delivery.  Resources should be mobilized and prioritized for sustainability of actions to promote evidence-based public policies, and to reach the high level of commitment to mitigate the health, social, and economic consequences of this disease.