2016: Ratifying the Trade Facilitation Agreement and the Year of Digital Customs 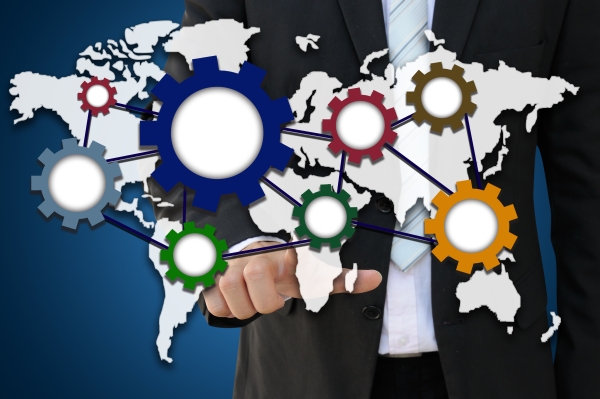 This blog article is written to commemorate International Customs Day, which falls on January 26th 2016. The focus of this article is the reforms and preparations undertaken by Sri Lanka to ratify the WTO Trade Facilitation Agreement and some key initiatives undertaken by the Sri Lanka Customs in line with this year’s slogan, “Digital Customs: Progressive Engagement”.

WTO Members reached consensus on the Trade Facilitation Agreement (TFA) in December 2013, marking a significant milestone in multilateral trade negotiations, which has been in deadlock for over a decade. This Agreement contains provisions for expediting the movement, release and clearance of goods across the borders; sets out measures for effective cooperation between customs and other authorities on trade facilitation and compliance with customs requirements; and includes provisions for technical assistance and capacity building of developing and least developed countries (LDCs).

TFA is unique compared to other WTO agreements due to the flexibility it offers to the developing nations and LDCs in terms of implementation. While implementation is not mandatory until the necessary capacity is acquired, countries are able to assess for themselves the current status of trade facilitation, when they will implement each provision in the agreement and the type of assistance they need to implement them. TFA comes into force once two-thirds of the WTO members (108 members) complete the domestic process and ratify the agreement with the WTO. Mali is the latest country to ratify, becoming the 68th country to do so. Countries that have ratified the TFAso far include a diverse group including 10 African nations, the EU, USA, China, Japan, Vietnam and from the South Asian region, Pakistan.

The Status of Sri lanka in Ratifying the Agreement

Sri Lanka is in the process of ratifying the Agreement, with Sri Lanka Customs (SLC) taking the lead in it. A national need assessment workshop on the WTO-TFA was conducted in early 2014 in Colombo with the participation of the main border agencies, private sector and WTO experts to identify the country’s commitments under different categories and to identify the time, technical assistance and capacity building needs of the country. The category A commitments for Sri Lanka – a set of provisions that need to be implemented on the date the Agreement comes into force – were notified to the WTO on the 31st July 2014, while other category commitments (those which can be implemented after a transition period following entry into force and with assistance and capacity building) have also been identified. Subsequent to a validation of the self-assessment process of the relevant commitments by the World Bank in 2015, Sri Lanka’s category A commitments will be as listed in Table 2. Having received the approval of the cabinet, Sri Lanka is now ready for the ratification of the Agreement.

TFA has provided the country and its relevant stakeholders including the border agencies, a renewed interest in trade facilitation, which is vital in developing trade and investment in the country. It sets out a list of trade facilitation measures that can be implemented at a relatively low cost and technical know-how, as well as areas which can be developed with the support of donor countries, international institutions as well as the private sector. The SLC has already initiated several programmes including key projects which are in line with this year’s theme.

The Year of Digital Customs

The World Customs Organization has dedicated this year to the digitalization of Customs process with digital customs referring to “any automated or electronic activity that contributes to the effectiveness, efficiency, and coordination of Customs activities, such as automated Customs clearance systems, the Single Window concept, electronic exchange of information, websites to communicate information and promote transparency, and the use of smart phones”.

SLC too has embarked on several projects, including the initiation of the ‘Single Window’ where the objective is to bring all trade related and border agencies into one platform, leading to a state of paperless trade. According to a presentation made by the SLC recently, it has been successful in connecting so far, about 15 agencies to a central system. In the second phase the SLC plans on increasing the number of agencies connected, and on simplifying processes and procedures, conducting and reviewing data harmonization and standardization among others.

SLC is also now using social media such as Facebook to facilitate trade. The SLC will use the page as a platform for customs alerts, to share documentation among traders, shipping lines, freight forwarders and clearing agents, and also as a platform for the trading community to share their knowledge and ideas.

While the efforts of agencies should be acknowledged, ambitious projects such as the ‘Single Window’ require the full commitment of the government, the border agencies and other relevant stakeholders. The support of a range of stakeholders will be needed to push the initiative forward by ensuring that complementary systems and policies are in place (i.e. required legal framework, public key infrastructure, etc).  As highlighted by the WCO, the use of improved systems and technologies will transform the Customs landscape by improved compliance, enhanced coordination, increased transparency and enhanced detection of irregularities, the benefits of which will trickle down to the trading community, consumers and to the nation as a whole.

Suwendrani Jayaratne was a Research Officer at IPS. Her main area of research was international trade and migration, with a particular emphasis on trade facilitation and regional integration. She obtained her Masters from the Australian National University (ANU) in International and Development Economics, and holds a BA (Hons) in Economics from the University of Peradeniya.