Opening Up the Skies: Benefits of Air Services Liberalization – What We Can Learn from the India-Sri Lanka Experience 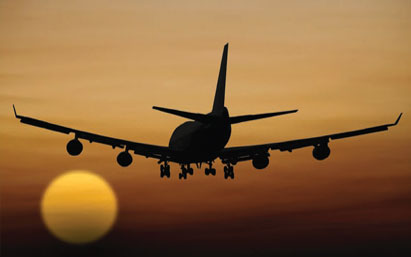 Air connectivity plays a pivotal role in unlocking a country’s long term economic growth potential, and has been recognized as doing so over the recent decades. Air connectivity is an indicator of a network’s concentration and ability to move passengers and goods from a point of origin to another destination with ease and efficiency.  The level of air connectivity a country possesses is believed to have a significant impact on its economic growth. In addition to the direct and indirect contribution of the aviation sector to aggregate output, enhanced air connectivity leads to many spin off impacts on the wider economy. It enables business travelers to meet new customers and suppliers in order to expand their operations on a global scale. It is also considered a fundamental prerequisite in unleashing a country’s/region’s tourism potential.

Despite clear benefits of enhanced air connectivity, many countries and regions of the world are plagued by poor air connectivity. Outdated rules and regulations often prevent – fit, willing and able airlines from fully serving passengers and shippers, severely inhibiting air connectivity in these regions. South Asia is one such region; its countries are better connected with countries outside the region, than within, mainly due to regulatory barriers on airline operations. In many instances, there is a lack of direct capital to capital air connectivity (e.g. Sri Lanka – Nepal, Sri Lanka – Bhutan, Afghanistan- Sri Lanka, and Afghanistan – Bangladesh etc.). Traveling to these destinations requires a transit either via a Middle Eastern or a Southeast Asian destination, leading to additional travel time and costs. The limited regional air connectivity is widely seen as a critical barrier stifling the growth of intra-regional trade and investment.

Liberalization of Air Services between India and Sri Lanka

Amongst the South Asian countries, Sri Lanka and India are by far the best connected (See Table 1) and this could be linked to the extensive liberalization of the air services regulations between the two countries, which took place in 2003. The most pertinent liberalizations in this respect were in the areas of pricing, competition, capacity and new routes. Market forces were allowed to determine prices as opposed to being set by the two governments. Following the deregulation of the domestic aviation market in India, private Indian airlines were allowed to operate between the two countries and there was a shift in regulating capacity from a regime based on the number of weekly seats, to one based on the number of weekly frequencies. In addition to the opening up of a number of metropolitan (Mubia, Dehli) (7) and secondary destinations (18) in India, frequencies (capacity) to these destinations were enhanced (from an equivalent of 27 weekly frequencies to 49 weekly frequencies per designated airline for metropolitan destinations and unlimited weekly frequencies to secondary destinations in India). Frequencies were further enhanced in 2011 to 112 weekly frequencies.

As noted in the table below, liberalization has led to an overall improvement in connectivity in terms of frequencies and routes between the two countries. Whilst a number of private Indian airlines have started operating between the two countries, the two airlines in Sri Lanka, (i.e. Sri Lankan and Mihin Lanka), account for the lions share (74%) of the market. In the immediate aftermath of liberalization, a downward revision in airfares was observed. However, in the absence of sufficient competition on these routes, air fares have gradually crept up to pre-liberalization levels. The benefits of liberalization are clear, as noted in Figure 1 below, passenger traffic between the two countries more than doubled in the immediate wake of liberalization in 2003 and has since increased. The bulk of the new traffic being generated is a result of the relaxation of capacity constraints on metropolitan destinations. Facilitating the Movement of People

The improvement in air connectivity has facilitated the movement of people to forge trade, investment, and cultural linkages between the two countries.  The tourism industry in Sri Lanka in particular has been a major beneficiary. The adverse security situation, which prevailed up to 2003, saw tourist arrivals from Sri Lanka’s traditional sources in the West dry up.  India with its growing middle class, close geographical proximity and its people being less sensitive to the adverse security situation in Sri Lanka, was seen as the ideal market to tap. Improved air connectivity with India ensured that the void left by the hollowing out of Western tourists filled and in the process ensuring that the hotel sector in particular was kept afloat during these turbulent times. During the early 2000s, India in terms of volume was the 3rd top source of tourist arrivals to Sri Lanka after the United Kingdom and Germany. By 2004, India had jumped to the 2nd place and by 2005, India become the top source of tourists to Sri Lanka, surpassing the United Kingdom by as much as 20% in terms of tourist numbers. Since then India stands as the top source of tourist arrivals to the island.

Closer inspection of the composition of Sri Lankan tourists arrivals to India also suggests that in addition to pleasure tourists and business travelers, there has been a notable growth of Sri Lankans travelling to India for medical purposes as well as for education, which has been facilitated by better air connectivity; an indication that air connectivity is also facilitating the trade in services.

As highlighted above, the liberalization of air services between Sri Lanka and India has brought about a number of tangible benefits to the Sri Lankan economy by way of facilitating the movement of people and business between the two countries. Despite the improvements in connectivity, further scope for improvements in air services between the two countries exists. The lack of competition could be attributed to the prevalence of high airfares. In this regard, both countries must seek to enhance competition amongst the airlines operating on the route to ensure that air travel is made much more affordable.

Finally, South Asia is a fast growing region with a growing middle class and Sri Lanka must look at undertaking similar liberalization with other South Asian member states to forge deeper trade, investment and cultural linkages in the interest of further unleashing the potential of the domestic economy.

Raveen Ekanayake worked as a Research Officer in the Industry, Competitiveness and Regulatory Policy research unit at IPS. He was previously a banker at Lankaputhra Development Bank. He holds a BSC in Accounting and Finance from University of London, and a Masters in Public Policy from the Australian National University. His research interests included Development Economics and International Economics.