Upfront Incentives: Carrot for Migrants & Cash for Others 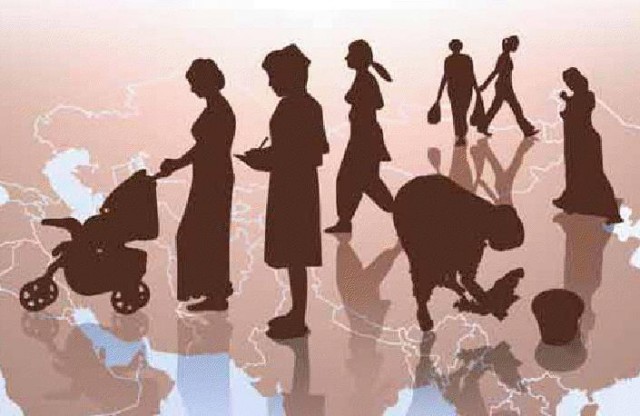 Incentive payments to attract low skilled migrants are rare. But in the case of Sri Lankan female domestic workers, employers of several Middle Eastern (ME) countries such as Saudi Arabia, Qatar and Bahrain are willing to bear an exorbitant incentive payment.  With regard to Saudi Arabia, it is estimated that the employer makes a payment of around LKR 875,000 (or SAR 23,000), to source a housemaid from Sri Lanka. Out of this amount, LKR 275,000 – 375,000 is retained by the foreign employment agent in SA to cover costs and commissions, while the balance is sent to Sri Lanka. Apart from about LKR 100,000 of the amount sent, the remaining LKR 500,000 – 600,000 is shared by migration stakeholders as incentives.

This article discusses the adverse implications of such upfront incentive payments to migrants by focusing on the case of female domestic workers from Sri Lanka (SL) to Saudi Arabia (SA).

Issues of Upfront Payment of Incentives

One of the main issues is the upfront payment being handed over to the husband while the migrant-wife is en route to ME. This gives her little control over how it is utilized.  The increase in disposable income to the household even before the migrant takes up her duties leads to the possible decrease in labour force participation of the husband left behind, and promotes an increase in unnecessary expenses such as alcohol consumption and gambling.  All the while, the female migrant is accountable to serve for the agreed two years since the upfront payment was received by her party. This increases her vulnerability at destination.

Meanwhile, it is common for husbands to convince the otherwise unconvinced wives to migrate for employment just to obtain the incentive payment. In such cases the lack of motivation by the woman to pursue a job in the ME often leads to problems at destination that necessitates her premature return, inconveniencing the employer, agents in both countries and the Sri Lanka Bureau of Foreign Employment (SLBFE).

“In the absence of efforts to address large upfront incentive payments, Sri Lankan workers would become less competitive in the South Arabian market in price terms”

Given that the recruitment fee is paid upfront by the employer, in both the above cases, the agent in SL is responsible to replace a maid for the employer or refund recruitment cost paid (including the incentives). In such situations, agents in SL work to recover the incentive payment, failing which, the migrant would be black listed.

Finally, since the agents and sub agents also keep a share of the incentive payment, they pressurize the workers to remain with the employer for at least 3 months to avoid having to return the incentive payment or to provide a replacement worker. Such pressure also contributes to female domestic workers being compelled to endure abuse or bad working conditions at destination.

The best solution to address the adverse implications of this upfront incentive payment is to include the same into their monthly salary. Currently, Sri Lankan domestic workers are paid about SAR 900, whereas   Filipino female domestic worker earns about SAR 1,500. As such, including the incentive payment into wages would benefit workers in many ways such as greater control for female domestic workers over their earnings, and greater flexibility and fewer obligations towards the employer and the agent as the incentives would now be related to duration of service.

In the absence of efforts to address these large upfront incentive payments, Sri Lankan workers would become less competitive in the SA market in price terms. For instance, in 2013 the wage for a Filipino female domestic worker was SAR 1,500 and the wait time for the maid to arrive in SA was 20-90 days, while for a maid from Morocco the wait period was four months with a recruitment cost of SAR 12,000. At the same time, the recruitment cost for a maid from SL was around SAR 17,000 – SAR 25,000 with a monthly salary of SAR 900 and a wait period of four to eight months. This indicates how Sri Lanka is becoming less competitive in terms of wages, recruitment costs and wait times. At present, the cost to hire a maid from SL has soared to SAR 23,000 surpassing SAR 19,000 charged by the Philippines.

In this connection, the latest budget proposal to increase minimum wages for Sri Lankan domestic workers to USD 300 (SAR 1,125) is a step in the right direction. The proposal would be better if it focused on the total remuneration package which includes incentive payments instead of wages only, so that Sri Lankan workers would still remain competitive in Saudi Arabia despite a higher minimum wage rate.

Note: SAR 1 = LKR 37 – 38 (estimated); The names of the interviewed migrants have been changed for anonymity.