Food Security: Does it Matter for Sri Lanka? 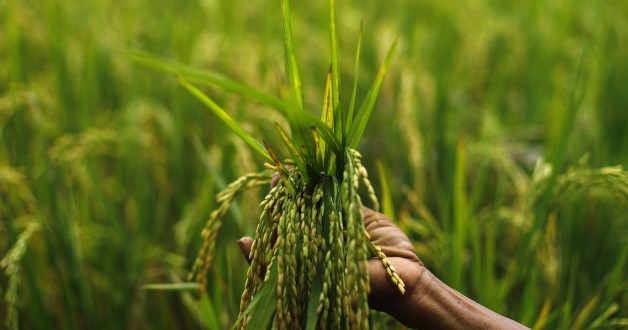 Over eight hundred million people in the world do not have enough to eat. In fact, hunger kills more people every year than malaria, AIDS, and tuberculosis combined. The fight against hunger has been one of the key objectives of global development agendas over the years. Sri Lanka is no exception to this. The focusing on food security in development agendas in Sri Lanka could be seen in all the recent major election manifestos. There is ample evidence that the food security situation in Sri Lanka has improved significantly over the years. International Food Policy Research Institute (IFPRI) report on Global Hunger Index (GHI) 2014 ranks Sri Lanka at the 39th position among 76 countries, ranking above all the other South Asian countries. Comparing the 1990 GHI and the 2014 GHI, shows a noteworthy absolute progress in Sri Lanka’s GHI with 42% decrease in its index score. Most importantly, Sri Lanka has been recovering from a three decade long conflict, which ended in 2009. While no longer in the “alarming” category, according to the GHI,Sri Lanka’s hunger status is still classified as “serious”.

What is Food Security?

Concepts of food security have evolved in the last 3-4 decades to reflect changes in global policy thinking in different time periods. Based on the widely accepted definition of the World Food Summit (1996), food security is achieved when all people, at all times, have physical and economic access to sufficient, safe and nutritious food to meet their dietary needs and food preferences for an active and healthy life. This definition highlights the multi-dimensional nature of food security and includes food access, availability, food use, and stability. Availability is determined by food supply, primarily at the national level. However, the perception on what food security means is vague in Sri Lanka as often, national level food security is generally confused with food self-sufficiency. A country need not achieve self-sufficiency in food to achieve food security, because, national food security is attained when a country produces adequate food for its people or has the capacity to import its food requirements by its export earnings or a combination of both. Accessibility depends on the individual’s capability to purchase food (income) at the household level, and utilization depends on intra-household distribution of food and the nutritious use of food by the individual. The fourth dimension of food security, i.e., food stability, ensures the access to food at all times and covers the physiological, economic, social or political vulnerabilities of the population to food security.

An analysis of the food situation in the last few years, demonstrates that the country is food secure at the national level. Domestic agriculture still provides approximately 75% of Sri Lanka’s food requirement in value terms while only one fourth was imported (in 2013). Even at individual commodity level, local production of all major food items — except for wheat flour, sugar, pulses, and milk which are imported in bulk quantities — exceeds 75% of the total availability. Although food imports have been increasing in absolute terms, their share in total imports and total exports have been slightly declining or constant in recent years. As a whole, national level food availability has been on the rise due to increased domestic food production and importation without putting much pressure on the balance of payments. While the share of agricultural exports in total exports was 25%, the food imports as a percentage of total exports remained at 14.7% in 2014, which means the total value of food imports is sufficiently covered by the value of agricultural exports.

The availability of adequate food at national level doesn’t necessarily ensure food security at the household level. Hence, it is important to look at, if the national food availability has sufficiently ensured access to food at the household level. The level of income and income distribution mainly determine the access to food at the household level. Per capita incomes have registered substantial increases over the last fifteen years or so, increasing from Rs. 65,838 in 2000 to Rs. 473,261 in 2014 at current prices. However, Income distribution, as represented by the Gini ratio, has worsened slightly from 0.47 in 2002 to 0.48 in 2012. Sectorally, the estate sector reports the lowest incomes and the least inequality and vice versa in the urban sector, which arouses serious doubts on the levels of household food security.

“The challenge is not just to ensure food security to an estimated 4.7 million people currently undernourished, but also to feed the additional 2.4 million people expected to inhabit the island by 2050”

There is ample evidence that household food insecurity is a significant problem in the country. About 5.2 million people — equivalent to a quarter of the population — are estimated to have been undernourished in 2014. The depth of hunger for Sri Lanka in 2014 was 216 kcal/capita/day, indicating a medium level of food deficiency among the undernourished people. However, this is not an improved level considering the level of 230-240 kcal/capita/day that existed in early 1990s. Greater the deficiency, greater the susceptibility for health risks related to undernourishment. According to FAO, 26.3% of children below age 5 did not have the recommended weight for the age and 21.4% and 14.7% were suffering from stunting and wasting, respectively in 2012. Further, there is a severe problem of child malnutrition that has persisted despite economic growth, increases in per capita income, and food availability at national level. This indicates that there are serious concerns with respect to household food security especially in terms of access to food and utilization.

At present, food insecurity seems to be associated with the problem of access to food rather than with the availability of food at the national level. However, the challenge is not just to ensure food security to an estimated 4.7 million people currently undernourished, but also to feed the additional 2.4 million people expected to inhabit the island by 2050. The food requirement is continuously growing due to the growth of  population and increase in income. The extents cultivated for major food crops have been constant since 2000 due to the lack of new arable land to be brought under agriculture. The yield levels of domestically grown food crops, except for rice, have stagnated for more than a decade at unimpressive levels. Therefore, domestic production will not be able to meet national requirements even under present levels of per capita food consumption.

National level food security has to be handled with a combination of domestic food production and trade as the “self-sufficiency model” currently does not have an economic appeal and above all, costly to the nation. First, yield potential requires a further increase — with varieties having higher input use efficiencies and resistance to biotic (pest and diseases) and abiotic (drought, nutrient deficiency) stresses — particularly in field crops other than rice.Second, there should be measures such as further diversification of the export base to cushion any impact of serious deterioration in the terms of trade and volatility in export prices.

Considering the disparities in income distribution, household level food security may require interventions, particularly in the short and medium term, to ensure that the poorest segments of the population receive adequate food. Those interventions should move away from the present calorie bias towards the provision of protein and other nutrients. Also, such intervention programmes should focus on diversifying the dietary patterns of households in order to ensure household food security.

More stability to food security could be brought through the provision of national buffer stocks and regional initiatives such as the SAARC Food Bank and SAARC Seed Bank, particularly in national and international crises situations.