Should the Sri Lankan Government Be in the Business of Running An Airline? 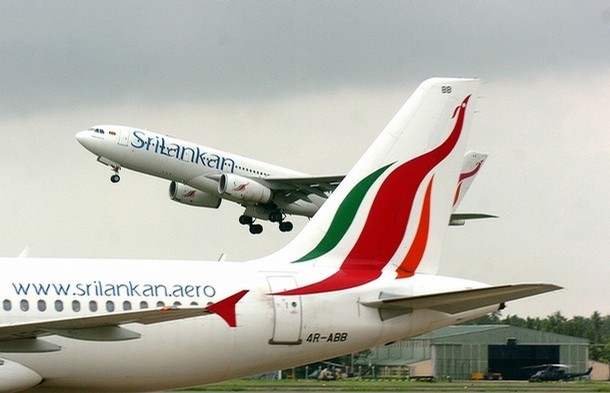 The famous President of American Airlines, C. R. Smith once said “These days no one can make money on the goddamn airline business. The economics represent sheer hell.” While he made these remarks on the financial condition of airlines, the most legendary joke of all was probably by Herb Kelleher, the founder of Southwest Airlines, the most financially successful airline in the world: “If the Wright Brothers were alive today, Wilbur would have to fire Orville to reduce costs”. Jokes aside, running anairline is a risky business. Individuals, companies and governments have collectively lost billions of money over the years.Nowadays, few airlines make any money all, with the exception of low-cost carriers. Given the spotty track record of airlines world-wide and Sri Lanka’s own experience, should the governments run airlines and continue to support struggling carriers like SriLankan Airlines?

How Bad Is It?

The airline business is among the worst performing of any industry. During the last decade, in the U.S. for example, the airline industry has cumulatively lost over $50 billion and numerous carriers have disappeared, either through bankruptcies or mergers. This had reduced 10 major U.S. airlines down to four mega-carriers, which now dominate the market.  Similarly, the picture is gloomy at the international level. However, many countries around the globe continue to protect and support failing flag carriers (even after privatization), which absorb substantial amounts of public funds, which can be put to good use in other sectors of the economy.

According to news reports, state funds have been injected to keep afloat national airlines such as Malaysian Airlines (MAS), Alitalia and Polish Airlines LOT to name a few. The decline of MAS’ performance started long before the tragic events of 2014, which were the final straw for an airline that had already been poorly managed for years.

In the case of Sri Lanka, the story is no different. SriLankan Airlines and its predecessor, Air Lanka have been losing money since its launch in 1979, except when it was under the management of Dubai-based Emirates (1998-2008).  Since the government took back control in 2008, SriLankan has accumulated losses of over LKR 100bn. In its most recent financial year ending in 2014, the flagship carrier incurred a net loss of about LKR 32,408mn.  The government owned low-cost carrier, Mihin Air has not fared any better; it has been financially troubled since its set up in 2007 and lost over LKR 15 bn. The new government, which came into power earlier in the year, has announced plans of strategic changes for both carriers, and aims to merge the two airlines towards improving their financial positions. Airlines have the tendency to lose money due to the following reasons:

• A substantial share of airline costs including fuel, staff, capital are fixed, which are largely beyond management’s control.

• Airlines have large debts due to the exorbitant cost of purchasing aircraft and years of unprofitable service.

Airlines used to be regarded the preserve of the government, like roads or bridges. Until the mid-1980s, governments owned most of the airlines, set fares and routes, and protected flag-carriers by restricting competition. But privatization made air travel more competitive and liberalisation brought competition from low-cost carriers. Most airlines in state control have failed to adapt to changes in the environment. However, there are a few exceptions. Singapore, Etihad, Emirates and Qatar Airways, have benefited from government money but have been allowed to operate as commercial businesses with minimal interference.

Elsewhere, government-owned airlines have become over-staffed by political appointees, including the management with little or no experience. State employees frequently travel free or get free upgrades. Many flag carriers fly loss-making routes/destinations to please politicians and to maintain the notion that airline must serve the country. In addition to overstaffing and strong unions, operatingfleets of old and uneconomical aircrafthave left airlines struggling in a fast changing business environment.

Airlines exist for various reasons, and always not for making a profit. Some carriers exist purely to fly the national flag, promote the country and place it on the world map (Emirates, Etihad, Qatar), while some encourage trade & tourism (British Airways, Air France, Lufthansa), and some to ensure connectivity with the world (Air New Zealand, Qantas), or simply  for egotistical reasons.

Given “abysmal” record of state-owned airlines, it is now widely accepted that “governments have no business being in this business.” Despite the drain on public funds, many countries including Sri Lanka still think they need a national airline.

Partly because there are few options state airlines undergone endless cycle of failed restructuring. While privatization plans are plentiful and there have been successful cases like Kenya Airways, other attempts were failures. Nevertheless, all were extremely difficult because of heavy losses, debts and legacy costs, which tend to scare investors away. In fact, some have stated that it might be cheaper to start an airline from scratch the way Switzerland did. In fact, Switzerland provides important lessons for the rest of the world of letting go of a national carrier because of the huge losses Swissair generated. Rather than bailing out Swissair, the company was liquidated. A small regional carrier took over its staff, aircrafts and routes, and created a new airline, Swiss International Air Lines, with initial funding from the government. Three years later it was sold to Lufthansa.

However, given the political cost of losing thousands of airline employees makes liquidation an unpalatable option. So, does the fear of losing vital connections to the world. In the case of small markets, the need to maintain a national carrier is a cause of concern. However, some countries have managed to do without their own airline. Then, there are countries such as the Seychelles, which has a national long-haul carrier, but has taken a fairly liberal approach to foreign carriers.  In a number of Caribbean countries, financial incentives for foreign carriers have been offered to lure them to service the markets. Nevertheless, to date, only a handful of “flag” carriers have been allowed to fail; a majority of these has been from small market, developing countries.

In the case of Sri Lanka, given that privatization is not on the cards, the government will need to continue and support SriLankan Airlines and Mihin Lanka during the restructuring process to be profitable entities. The planned merger of SrILankan and Mihin Lanka, membership in the OneWorld Alliance (an alliance of world’s leading airlines), fleet renewal are expected help to reduce costs, improve efficiency and raise the product standard.  It is also good to note that the government has promised not to interfere in the operation of the two stated owned carriers, which have suffered at the hands of government mismanagement over the years. Nevertheless, such a life-line should be time-bound (say allow for a three year turnaround) given the burden on the country’s budget and balance of payments, and in turn on all Sri Lankans. At some point in time, the government needs to consider other policy options like finding a strategic partner/investor or even giving the airlines wings to fly away rather than mollycoddling them.