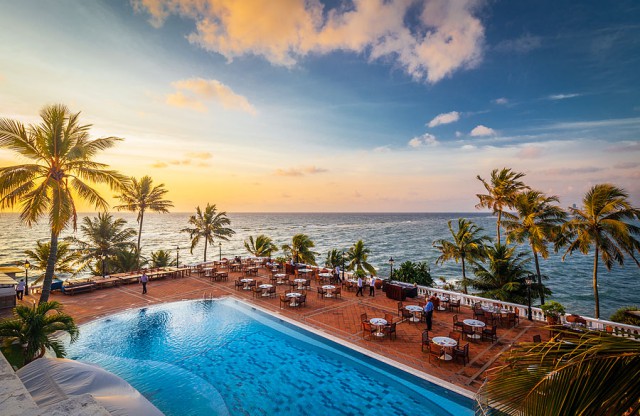 This year´s World Tourism Day highlights the global potential of tourism for socioeconomic development. “With more than one billion international tourists now traveling the world each year, tourism has become a powerful and transformative force that is making a genuine difference in the lives of millions of people” says UN Secretary General Ban Ki-moon.

“Tourism can bring in a number of economic opportunities, which can primarily or secondarily contribute towards the development of a country”

Tourism can bring in a number of economic opportunities, which can primarily or secondarily contribute towards the development of a country.  The real impacts of tourism on national output are hard to measure, given the complexity.  Direct economic opportunities come in the form of tourist spending.  An array of indirect opportunities is generated through purchase of goods and services from other sectors of the economy. In addition, wage income in the industry generates induced impacts on the overall economy. In order to increase the economic contribution of tourism, it is important to pay attention on indirect and induced impacts in addition to direct economic benefits.

In Sri Lanka, the revenue generated through tourism has been increasing noticeably following the revival of the tourism industry after the end of the war in 2009.  However, the country’s earnings from tourism are comparatively low when compared to regional competitors. According to the Sri Lanka Tourism Development Authority (SLTDA), the receipt per day per tourist was USD 160.8 in 2014.  Attention should be paid on increasing per head earnings, rather than solely focusing on the numerical targets for arrivals.  In this regard, a long term strategy should be in place in relation to the market strategy and product formulation.

As highlighted in a recent ILO report and pointed out by tourism experts, Sri Lanka’s tourism industry is characterized by significant skill gaps.  A majority of those who join the sector either possess relatively low quality of technical & vocational education or are trainees. It is estimated that only 10 per cent of the total employed in the industry have undergone both formal or informal technical & vocational education and trainings. Significant soft skill improvements are required in terms of English language, leadership, commitment, positive work habits, creative & critical thinking etc.

Changes in the profiles of tourists at global and regional level can also bring in numerous opportunities.  China has now become one of the the top ten source tourist markets of Sri Lanka, according to the 2013 arrival statistics of SLTDA.  China contributes to 4.3 per cent of total tourist arrivals to Sri Lanka.  Rising disposable income, currency appreciation and improved air connectivity have led to a significant increase in Chinese outbound travel.  Accordingly, spending by Chinese travellers has increased by 27 per cent in 2013 when compared to 2012 and many destinations in Asia and Pacific are benefiting from this development.  In order to reap the benefits from the growing outbound tourists from China source, Sri Lanka should strengthen its strategies to attract Chinese tourists.

The macro level statistics do not often reveal the true picture of tourism’s role in promoting pro-poor development.  It is acknowledged that mass tourism does not generate major gains to local communities and is characterized with high rates of outflows – termed as leakages. In contrast, small scale community-based forms of tourism, where community participation is considered an integral element, can be more beneficial for local communities.

Sri Lanka, a destination rich with natural and cultural endowments, possesses significant potential for development of ecotourism, agrotourism, community tourism, etc. Such forms of tourism use local resources, whereby the level of leakages is comparatively low. While a spectrum of tourism products are required from small scale to mass scale, Sri Lanka should pay more attention to developing the small scale tourism – which can perhaps be niche markets – providing ample opportunities for local communities.  In addition, a number of opportunities can be created through effective promotion of business tourism and Meetings, Incentives, Conferences and Exhibition (MICE) tourism in Sri Lanka.

The tourism developments that are taking place in the identified regions also call for careful consideration.  Infrastructure developments in regard to tourism should not only consider the direct economic gains.  Rather, special attention should be paid to socio-economic and environmental implications of the respective areas. Given the opportunities stemming from tourism, there have been transformations from existing livelihoods to tourism related livelihoods.  “People here find tourism a more lucrative business than engaging in fisheries” says a villager from Kandakuliya, Kudawa – a village under transformation from fisheries to tourism in the Kalpitiya tourism area.  “However, there are significant threats for mangroves due to ongoing tourism developments”, he points out. Assurance of environmental and social sustainability should be an integral part of tourism developments, from the initial stages, for a healthy growth of the industry.

Sri Lanka possesses a strong positive outlook if the tourism developments are undertaken in a careful manner. There is much to be done in harnessing Sri Lanka’s full range of opportunities in tourism, and the country should not miss or postpone making use of these opportunities.