The Road to Becoming an Energy Independent Country: Can We Deliver? 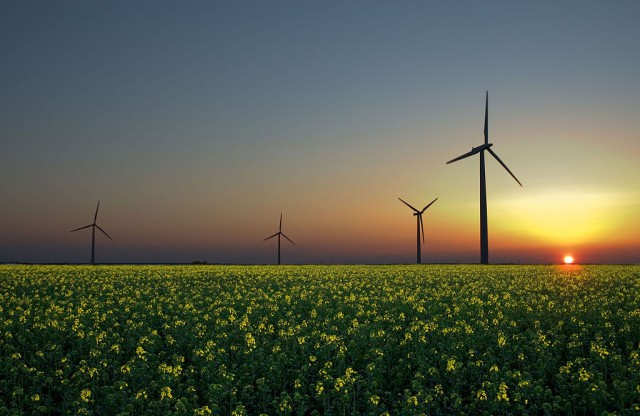 Sri Lanka annually imports 2 MMT of crude oil, 4 MMT of refined petroleum products and 2.25 MMT of coal. This costs approximately 5 billion USD and covers 44% of the energy requirements. It also accounts to 25% of the import expenditure and almost 50% of the total export income. As a result, Sri Lanka’s energy demand puts immense pressure on the national budget and on exchange rates. In addition, oil burning emanates various gases, intensifying air pollution. Therefore, it is essential that Sri Lanka’s energy policy puts more emphasis on renewable energy production to ensure the country does not depend on imported oil and oil products or contribute to air pollution. However, whether there is sufficient motivation to do this and whether it is a possibility are interesting questions to be debated.

The Ministry of Power and Energy has developed an energy sector development plan that looks into increasing the use of renewables in energy production while reducing the dependence on imported oil and oil products. Analysis of the current composition of energy production and the aims of the new plan would provide a better idea on what areas Sri Lanka can expand on with respect to renewable energy and how soon that can be done. This is illustrated in Figure 1; which indicates that the new energy sector development plan aims to reduce the petroleum contribution from 37% to 1%. The dependence on coal is to be reduced from 4% to 1%. Contributions from bio-mass and hydro are to remain more or less the same. In correspondence with the reduction on the dependence on imported oil, the new plan aims to increase the contribution from 3% to 34% with more emphasis on wind and solar power generation. Additionally, Sri Lanka hopes to provide a 6% contribution from the recently discovered gas resources. While this is an ideal vision for Sri Lanka to answer its issues on establishing energy independence, there are several key concerns over the proposed future development. Reduction on oil dependence is not easy since the transport sector especially the public transport sector is 100% dependent on imported oil. Public and private buses as well as locomotives in Sri Lanka are purely dependent on imported oil. In order to eliminate this dependence Sri Lanka must introduce electric operated or hybrid vehicles. Electric cars are the better option since hybrid cars can still emit air pollutants.  The government has already made technical assessments and plans to electrify the railway network of Sri Lanka and to establish tram services under the urbanization and climate change mitigation plan. However, these initiatives are quite costly and will take a long time for Sri Lanka to commit to such developments. If the dependence on imported oil is to be reduced, the current vehicle fleet needs to be replaced by electric or hybrid cars. For that, a compensation mechanism is needed for owners to trade their vehicles and tax benefits for importing new ones. At the moment, neither is happening at a satisfactory level. Therefore, the macroeconomic policy environment should be tailored to encourage private vehicle owners to use more and more electric and hybrid cars. Furthermore, the government must secure finances to replace the transportation fleet with low emission vehicles. While bio-diesel is an option for Sri Lanka the use of coconut oil as a bio-mass energy source might challenge the demand for coconut and coconut oil as an essential cooking item in Sri Lankan households.

With concerns over climate change, the hydro contribution may reduce in the future. Climate change is changing rainfall patterns, intensities and distribution, with more prolonged drought periods. Therefore, there is a probability that the power stations based on hydro will receive less water in the future threatening the generation capacities and continuous power supply. Hence, it may not be a wise to expect a 14% continuous contribution from hydro power. While there is not much that can be done to overcome the impacts of climate change, several adaptation measures can be taken to increase the efficiency in hydro power generation. For example, the reservoir storage capacities can be increased to store rainwater to ensure continuous power generation.  Furthermore, localized water resources provide the opportunity to establish mini and micro-hydro projects that can cater to the local energy demand. These projects might also provide attractive investments opportunities under the Clean Development Mechanism (CDM). However, in recent years, the prices of tradable carbon have gone down questioning the viability of CDMs.

Keeping bio-mass at 43% level of contribution may be problematic, especially with declining use of fuel wood as an energy source. A considerable number of households, especially in the rural and estate sector still use firewood as their primary energy source for cooking and lighting. However, the use of firewood is highly discouraged as it a major cause of indoor air pollution. While this is a sound solution for both the issues of environment pollution and energy, Sri Lanka does not generate sufficient solid waste to operate a power generation facility with economies of scale. While “Dendro is a viable solution for a small scale localized power demand, it is still not a sufficient solution to see a significant contribution to national demand. Therefore, even though “Dendro” still needs to be further proven as an economical and sustainable bio-energy source, its applicability is much more attractive compared to solid waste and other options such as coconut oil.

Extraction of gas is still at an experimental stage. It is not clear when its contribution will materialize and about its long run sustainability. Research so far has shown that Sri Lanka has a substantial amount of gas resources. However, the extraction is costly and the country  does not have the technical capacity to carry out such industrial operations, therefore; the government has decided to invite international entities to explore on its behalf. In such situations, especially with information not being available publicly, it is not clear how much Sri Lank can gain out of this activity. At the same time, it might be too optimistic to expect a 6% contribution from gas resources when the country has not even finalized the contracts to explore. Yet, it is a must that Sri Lanka puts immense efforts and attention to extract gas resources as soon as possible as it is a key component of the road to energy independence.

Solar and wind energy potentials are largely at question. Research argues that with a heavy cloud cover, Sri Lanka’s potential for large scale solar energy production is not possible. Currently, almost all the material and equipment have to be imported to set up solar panels.  In addition, the technical complexities are too advanced for to manufacture necessary material at a profitable scale. The situation is similar with wind power generation with uneven wind currents. However, the country receives enough solar and wind to generate a significant amount of energy despite the technological constrains faced in production.

Concerns have emerged over the price of a unit of solar energy since the generation process is in the control of a private energy producer. There are quite a few numbers of such solar establishments among Sri Lanka households, especially in the urban sector. However, the expansion of this initiative is problematic with the installation and maintenance costs. The minimum installation cost is not affordable for an average Sri Lankan. Furthermore, the household solar system will only produce value for money when the electricity usage is above a certain limit, which again is higher than an average Sri Lankan household. Installation cost of solar must come down to a level that is affordable to an average Sri Lankan household. Providing tax incentives for importers of installation equipment is a possible solution. Otherwise, local companies can be encouraged to produce solar panels locally, with government support and necessary technology transfers.

Therefore, to answer the initial questions of this article, the rising energy demand and dependence on imported oil provides an opportunity for Sri Lanka to achieve energy independence focusing on renewable energy. However, this can only be done with sector specific initiatives, eliminating the discussed drawbacks. For example, Sri Lanka may need to focus on exploring new opportunities such as energy production from ocean current in order to pave the way to energy independence.