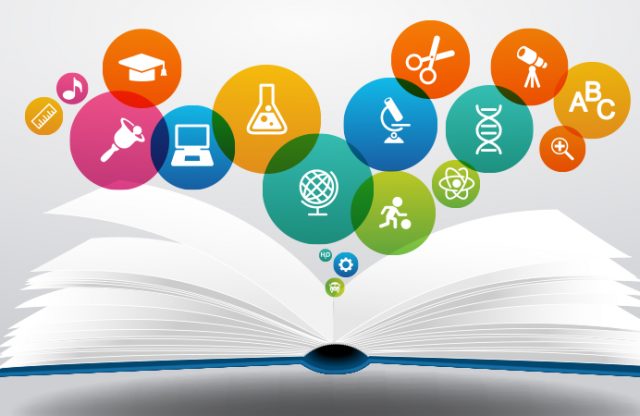 A knowledge economy widely uses knowledge for the country’s growth and development process. Knowledge economy is closely linked with science and technology, innovation, research and development. Most countries recognize the importance of scientific and technological progress for economic growth and greater social well-being. For example, patent data shows a wave of innovation in all member countries of the Organization for Economic Co-operation and Development (OECD), across many technology fields, particularly in ICT and bio-technology. Recognizing the importance of science literacy, the OECD’s Programme for International Student Assessment (PISA) has selected scientific literacy, which refers to both knowledge of science and science-based technology, as the major domain for the 2015 PISA assessment.

Rise in the Demand for Science and IT

In Sri Lanka too there’s a high demand for science and technology skills due to the structural changes that are taking place in the economy. These include the transformation from agricultural into manufacturing and services, a shift from labour intensive to more knowledge intensive industries, expansion of the Information and Communications Technologies (ICT) sector, etc. As Sri Lanka transforms into an efficiency driven middle income economy the demand for skills will continuously rise. For example, ILO estimates that the employment demand between 2010 and 2020 in Transport and Communication will increase by 73.6%, and the Financial Services sector will increaseby 81.6%. Therefore, an educated workforce with market-oriented skills is a must where, for example, ICT skills have become a fundamental requirement for service and industry sectors of the economy.  However, there is a shortage of workers in science and IT related fields.  The demand and supply projections of the National ICT Workforce Survey of 2013 reveal a shortage in supply of graduate workforce for 2014. There is a shortage of 2000-3000 nurses in the country at present, whereas three passes in A-level Biological Science is the required minimum qualification for nursing.

Excess of Arts Graduates in the Country

Despite the rising demand for science and technological fields, there’s a higher supply for graduates in the Arts discipline, which has a lower demand. As of 2013 university admissions nearly 1/3 are Arts graduates (see Figure1). This is mainly due to the fact that only a small proportion of students pursue A-Level in science and mathematics subjects at school level. For example, as of 2013 A-level student enrolment (471,000), almost half of them were studying Arts streams while 24% and 27% were studying Science and Commerce streams, respectively. However, Arts graduates employability is very low. According to Graduate Employment Census 2012, the employability of Arts graduates is 32.1%, while Management is 66.4%, Science 71%, Agriculture 69.7%, Medicine 91.4% and Engineering 94.7%. Furthermore, a majority of the unemployed (57%) and underemployed graduates (50%) were from the Arts discipline. Further, it reveals that among unemployed Arts graduates, 65% are willing to change the field. Thus, it shows that providing better opportunities to learn market oriented subjects – ICT subjects under the Arts stream will reduce the skill mismatch between the demands of the market, and the skills of graduates. Limited Opportunities in for Science Education in Schools

Limited enrolment for science related fields at higher levels of education is mainly due to the limited access to A-Level science streams at school level. As of 2013, out of 10,012 schools only 868 (less than 10%) had the facilities to teach A-Level in the science stream, while there were  1,900 schools that offered subjects in A-Level arts and commerce streams. Due to the lack of other options, many students are compelled to follow arts or commerce streams for A-Levels (Figure 2). Recognizing the need to expand science and mathematics education, in 2003, National Education Commission (NEC) recommended provisions for teaching mathematics and science in all schools with GCE A-Level grades. However, during 2003-2013, only 262 schools included Science subjects for A-Levels.  In addition, schools that offer science subjects at A-Levels are not rationally located, with a majority of such schools located in urban areas and almost one-fifth of them located in the Western Province. Lack of geographical access to science education has also limited access to more technical education at higher levels. At present, student percentage in A-level Science stream varies from 13.9% (Vavuniya) to 29.9% (Colombo).

“It is a necessity to provide access to equal opportunities for education to all students across the country. What needs to be done is to change the education system to remove voluntary and involuntary discrimination between rural and urban children”

Furthermore, there are disparities in the quality of education provided across districts due to limited facilities in schools. In particular, there are physical as well as human resource disparities for more demanding subjects such as Science and IT (see Figure 3). Many of the schools have very basic facilities and lack required resources to suit modern learning needs such as science labs, activity rooms, IT facilities, etc. Although 2007 curriculum reforms have recognized IT as a tool for learning teaching process, only 20% of primary schools and schools up to O-level grades have computer facilities. These figures, despite being negative, do not provide an overall picture of educational problems, which in reality is even more disturbing. These aggregates do not show internal disparities within a district – where facilities are concentrated in the urban and suburban centres, leaving out rural areas. As such, parents – who are the best judges of the situation – struggle to enroll their children in urban schools, and the economically disadvantaged parents are forced to send their children, unwillingly, to village schools.

It is a necessity to provide access to equal opportunities for education to all students across the country. What needs to be done, therefore, is to change the education system to remove voluntary and involuntary discrimination that exists between rural children and urban children.

Opportunities for education in science should be extended to at least 3 schools with A-Levels per District Secretariat Divisions, especially in rural areas.  Schools should be given the required facilities to enhance learning as well as teaching; such as activity rooms, IT facilities, science labs, etc.  Special attention should be given to improve teacher shortage problems in rural areas. It is essential to reform the school and university curricula by introducing more market oriented subjects such as ICT/Technological subjects as core subject in each A-Level subject stream, in order to bridge the country’s gap between demand and supply for these vital skills.