Entering and Conquering China: Beyond the Free Trade Agreement 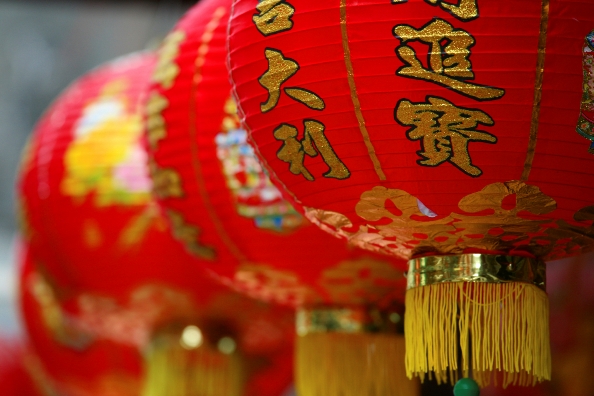 With a growing urban population and surging middle class seeking sophisticated higher value products, the Chinese consumer market provides a gleaming opportunity for Sri Lankan exporters. The proposed Free Trade Agreement (FTA) between Sri Lanka and China, which is under negotiations, will offer Sri Lanka preferential access to the world’s second largest and fastest growing market [1]. However, the complexity of entering and operating in the country should be borne in mind when considering doing business in China.

Global giants that have succeeded elsewhere have struggled to capture the lucrative Chinese market. Wal-Mart, a leading global retailer with nearly 11,000 stores under 71 banners in 27 countries is still fighting to capture the Chinese market even after 18 years of operation in China with its Every Day Low Prices (EDLP) strategy [2] .  This is largely owing to stiff competition from local retail chains like Sun-Art which imitates Wal-Mart’s business model but has a better understanding of local consumer behaviour [3]. The local appeal of Sun-Art and inclination of Chinese consumers towards tailor-made local products and a shopping environment that reflects local preferences [3], have helped to draw in Chinese consumers to its stores, making it difficult for Wal-Mart to gain significant presence in China.

eBay, better known as the world’s online marketplace and one of the largest global online stores, also failed to make in-roads to China due to competition from Alibaba, China’s local e-commerce company. Alibaba, which launched a competing consumer-to-consumer (C2C) auction site named Taobao (meaning “digging for treasure”) for individuals buying and selling virtually any consumer goods, has left eBay overwhelmed and defeated [4]. Taobao gained its competitive edge owing to its understanding of the Chinese market and  localized marketing campaigns/business strategy.

Given that even large global giants have faltered in the highly competitive Chinese market, it is important for Sri Lanka, which is on the brink of entering the Chinese market through a negotiated FTA with relatively less competitive brands and products in hand, to identify potential challenges in doing business in China.

Administrative procedures when entering China have been found to be time-consuming and entails reams of paperwork, which needs to be submitted manually [5]. For instance, many foreign companies that have hired 1-2 full-time staff to lead their marketing and sales efforts find that their employees spend more than half of the time completing administrative tasks [6].
Furthermore, China’s trading environment as depicted by the World Bank Trading Across Borders Database, appears to be more complex compared to Sri Lanka and most of its key export markets, ranking at 98 (out of189 number of countries) in 2014. For example, imports into China require more documents and days to import though the cost to import is relatively lower (Table 1).

The trading environment in China is also known to be difficult due to corruption. The relatively low rankings of China in the Corruption Perception Index of Transparency International (ranked 100 out of 175 countries) compared to other major export markets [7] suggest that operating in China maybe more complex compared to that of Sri Lanka’s existing major export markets.

Nationalistic Sentiments of Chinese Consumers and Inclination towards local products

Another major challenge that exporters face when entering the Chinese market would be the difficulty in capturing Chinese consumers whose nationalistic sentiments have largely affected their purchasing decisions – making them inclined to purchase local products and brands [8]. The shift of China’s growth model from a more export and investment driven model towards domestic consumption in an attempt to rebalance growth could intensify this situation making it more difficult for foreign companies to capture the Chinese consumer.  Market analysts suggest that the key to capturing the Chinese market relies heavily on the extent to which marketing strategies of foreign firms are localized to suit Chinese consumers [9].

Language barriers have been cited as a common challenge faced by foreign firms entering the Chinese market [10]. The complexity of this issue owes predominantly to the vast regional variations in spoken Chinese as there are hundreds of local dialects based in a region [11]. Most Chinese are said to be bilingual – speaking Mandarin and their local language, while English is used to a lesser extent. Hence, exporters will require local language skills as labeling and other operations would have to be done in Mandarin.

Difficulties in adapting to the Chinese Business/Trade Culture

Guanxi, which literally means relationship, is said to be embedded deeply in the Chinese business culture, often taking more effort and time in China to build relationships with counterparts and complete business deals [12]. The Chinese business culture being somewhat different to foreign companies is said to require a certain level of familiarization before concrete business relationships are fostered. This can often be a challenge for foreign firms which enter the Chinese markets without prior contacts or adequate knowledge of the cultural background.

NTMs, defined as policy measures other than ordinary customs tariffs that can potentially have an economic effect on international trade in goods [13], have been found to be more trade restrictive than tariffs [14].

The prevalence of NTMs has been a major concern of China’s trading partners. The WTO in its fourth Trade Policy Review (TPR) called on China to address the high prevalence of NTMs in the country. According to TPR, exports to China are most constrained by the imposition of anti-dumping duties, technical trade barriers, high sanitary and phytosanitary issues, operations of state-owned enterprises, cumbersome customs process, export restrictions, and the protection of intellectual property rights [15].

Given the difficulties that have been experienced by other companies and countries when entering and operating in the country, striking a FTA will not be the panacea for boosting  Sri Lanka’s trade with China though it is an important channel to capitalize on China’s lucrative consumer market.

Since entering and surviving in the Chinese market remains difficult owing to the challenges highlighted in the above discussion, the ongoing FTA negotiations should look beyond mere tariff liberalization and aim at dealing with NTMs and other difficulties through binding commitments and special and differential treatment.

Alongside FTA negotiation process, it is important for relevant government and private sector organizations in Sri Lanka to start investing and fostering the necessary skills and knowledge required to enter and operate in China such as language skills, marketing skills, relationship management skills, local market expertise, etc. Such preparations would better equip local firms to successfully access China once the FTA is implemented.

The Institute of Policy Studies of Sri Lanka is currently undertaking a study to explore Exporter’s Perspective on Accessing Chinese Market under China-Sri Lanka FTA, to understand some key challenges faced by Sri Lankan exporters when exporting to China. The findings of the study aim to stimulate discussions and influence policy outcomes of the China-Sri Lanka FTA negotiations.