Too Much Time Holidaying, Not Enough Time Working? 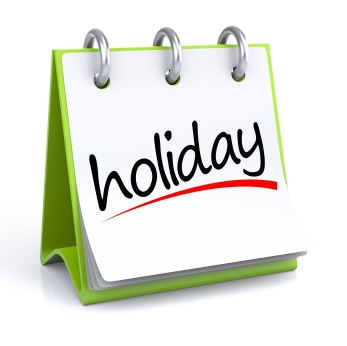 Aren’t public holidays great? For most of us, it means a lovely long weekend or a break in the middle of the week to spend a bit more time with family and friends, doing things we enjoy without eating into our annual leave. Today (Wednesday, July 1st 2015) is our 16th public holiday for the year and there are two more due in the middle and at the end of July. So many holidays and most of them close together can have a knock-on effect on productivity and output of the country’s economy. This raises the question: do we holiday too much and not work enough in Sri Lanka?

Countries with the Most Public Holidays in the World

According to data from Mercer’s Worldwide Benefit and Employment Guidelines, India and Columbia top off as the countries with the highest number of holidays (18). The report provides an overview of mandatory and private benefit practices, statutory regulations and employment conditions across 64 major economies.

In the Asia-Pacific region, Thailand and South Korea offer 16 public holidays followed by Japan (15), Indonesia, Malaysia and Philippines (14). Pakistan (13) is followed by Hong Kong and Taiwan (12). Vietnam (10) has the lowest number of public holidays in the region below China and Singapore (11). Australia and New Zealand both lag behind with just 9 and 11 national holidays, respectively.

In Europe, Finland offers the most number of public holidays (15), followed by Spain (14) whereas Hungary, UK and the Netherlands, are not so holiday minded with only eight. Austria has 12 days public holidays while Sweden, Italy, France and Denmark all provide employees with 11 public holidays. Belgium, Luxembourg, Norway and Portugal all have 10. Germany typically celebrates 9 public holidays but this varies between states, as in India.

In North America, Canada provides the greatest number of public holidays (11), and the United States government provides 10 federal public holidays although private employers are not obligated to allow their employees to take these days off.

Latin America is home to the highest and lowest public holidays. Colombia has the most generous number of public holidays (18) while Mexico has the lowest in the world (7). Mercer’s study was based on a survey of 64 “major economies”. Not all countries including Sri Lanka are represented in the survey. If one calculates the number of public holidays Sri Lankans were entitled to in 2013 – the year of the Mercer survey – Sri Lanka appears to be ahead of India or Columbia with 25 public holidays, of which 17 fell on a week day. This number does not include the one-off holidays, which are announced on an ad-hoc basis in a year. In 2015, we have altogether 26 public holidays celebrating various religious/cultural events, with at least 1 day off in a month while the average number of public holidays in a month is 2 days (rounded off to the nearest decimal). Given that there are 260 weekdays, and 20 of the 26 public holidays fall in the weekday in 2015, 7% of the weekdays are taken as time off by many workers, putting downward pressure on productivity and GDP. Comparatively speaking, Sri Lanka appears to have too many public holidays; much more than several other emerging and developed countries with stronger economies. This calls into question the economic implications of public holidays in the country and the need to strike a better balance between the needs of workers and businesses.

Costs and Benefits of Public Holidays

Assessing the cost of a public holiday on the economy is tricky; there is no easy relationship between having a holiday and the rate of GDP. A report by the Centre for Economics and Business Research (CEBR) suggested that each holiday costs the UK economy £2.3bn and scrapping the lot of them would boost annual output by £19bn. Similarly, an impact assessment of an extra break by the Department for Culture, Media and Sport in the UK puts the “best estimate” at a £1.2bn loss to the economy. However, the error of margin in the study was quite substantial.  In fact, it can boost the economy by as much as £1.1bn – or record a loss of £3.6bn. While some may see public holidays purely as a financial cost, they can boost certain industries. Some businesses in the leisure, hospitality, and retail sectors stand to benefit as workers spend their holiday shopping, eating out or visiting tourist destinations.

Moreover, public holidays can have important individual, community and cultural benefits, which are hard to measure. If workers are overworked and stressed they produce less, they are more likely to quit their jobs and have health issues, whereas people may be more productive after a long weekend. Holidays may also bring communities together and commemorate important national days; for example, the Independence Day. Thus, it is difficult to quantify the “soft” benefit of public holidays. Overall, what can be said is that there are likely to be winners and losers when it comes to the impact of public holidays on businesses and the economy.

In the context of Sri Lanka, what we need to ask is: do we really need all these public holidays, which seem too generous or decadent by regional/world standards? Some days are due for a rethink, especially when there are too many close together and people take annual leave to bridge over some of the holidays, which can lead to loss of momentum and contribute to weakening of economic performance.