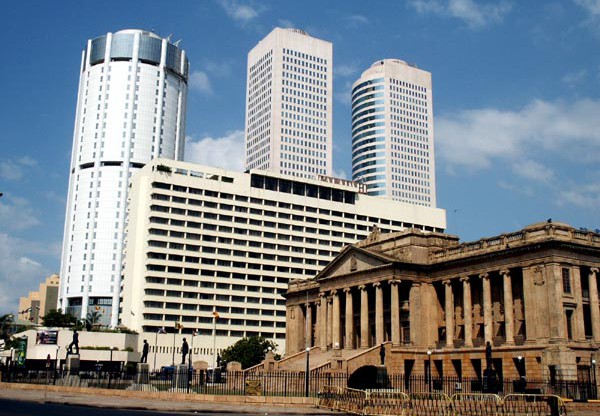 Sri Lankans might be forgiven for thinking that the country’s economy must be sufficiently strong to be put on auto-pilot indefinitely while policy makers focus their energies almost entirely on political reforms for the better part of six months. Indeed, it appears to fall back on the belief that the economy is inherently resilient, based largely on its relatively reasonable performance during a long-drawn conflict. This, however, can be an erroneous assumption that may prove costly. Global economic conditions are very different today from what prevailed before the financial and economic meltdown of 2008. Even the most competitive of economies in East and Southeast Asia are struggling to keep economic growth above 6 per cent post-crisis. It would be peculiar indeed if Sri Lanka is to buck this trend without substantive government policy direction that charts a course for growth. While GDP growth is an imperfect measure of economic progress, it is an important comparative indicator. Global financial investors have continued to show interest in Sri Lanka largely on account of its growth prospects. This is despite inherent structural weaknesses underpinning that high growth; it relied almost entirely on infrastructure development that skewed growth heavily towards non-tradables, with a deferred cost of an external debt overhang. However, investors could afford to overlook these weaknesses for a time as long as GDP continued to expand. High growth allows headline ratios that spell out the health of an economy – especially on the fiscal front – to look more convincing than otherwise.

Clearly, the country’s growth drivers and the quality of economic expansion must change. However, in the interim, Sri Lanka cannot afford to allow GDP growth to moderate too far as a consequence of economic policy inertia. A moderation in growth that results from a deliberated economic policy framework is something else entirely. Governments may opt to do this, faced with an unsustainable growth process that is in danger of generating macroeconomic instability in the long run. When growth begins to slow in the context of a perceived policy vacuum, business confidence starts to wane and the private sector will be in no mood to invest. Despite a government that is perceived to be more market friendly, credit uptake by the private sector has been a low 0.9 per cent in the first quarter of 2015; by contrast, the government has been a heavy borrower, with 8.5 per cent growth in credit. The government has been dipping into the domestic market to meet expenses. The budget put forward in January 2015 presented an opportunity to set out some early signals on economic policy direction. However, it confused more than it clarified, with a mix of populist measures and taxes on business profits. The fiscal targets also look increasingly suspect with proposed tax measures caught up in the country’s current political maelstrom. There is very limited fiscal space despite a reduction in the overall deficit in recent times; contingent liabilities of the Treasury are rising sharply and pose systemic risks to fiscal policy management (Figure 2).

With revenue targets under threat to meet higher current expenditures, fiscal adjustments will most likely take the form of cuts to government investment, already forecast to be cut sharply to 4.4% of GDP in 2015; in an economy that relies massively on such investment for growth, the impact will be all the more immediate as evident in first quarter 2015 GDP figures.

For now, tapping the domestic market for funds is possible in a climate of subdued private investment, low inflation and interest rates, but it is not a long term option. To ease pressure, Sri Lanka issued a 10 year US$ 650 million sovereign bond in May 2015, and announced plans to raise a further US$ 1 billion. The funds are partly to shore up the country’s reserves as well as to ease pressure on the exchange rate; but they are also earmarked for development purposes. If Sri Lanka is to continue to tap foreign commercial borrowing for budgetary support, the growth outlook must remain attractive more so than even before. International capital flows to emerging economies are tightening – with markets affected by shifting expectations of US monetary policy as well as weaker growth prospects in emerging economies. The days of easy money may be coming to a close.

Sri Lanka is still aiming for over 7% growth in 2015. Some of the sources of faster growth of recent years will begin to change, as they must. The infrastructure boost to growth will begin to exhaust, and needs to be replaced with productivity growth. For this to occur, Sri Lanka has to confront difficult and delayed reforms to make the economy more efficient and competitive. A policy framework to guide this process is vital. It appears increasingly that the country’s best hope of focusing attention on the economy lies with a viable government emerging from parliamentary elections, with the fortitude and electoral mandate to not only set an economic agenda, but persuade entrenched interests to accept it.