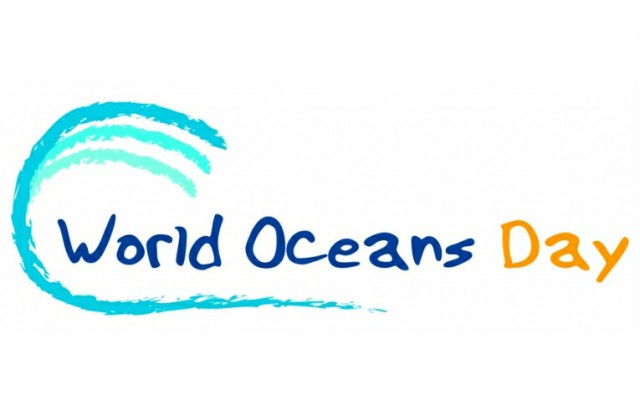 The World Ocean Day is celebrated on 8th June every year. This year’s theme to mark the day is “Healthy Oceans, Healthy Planet”.  The selection of this theme highlights the growing threat of marine pollution that needs effective and sustainable solutions.

Marine pollution involves dumping waste substances into the sea thereby reducing the quality of ocean environment that leads to unhealthy conditions for all organisms including humans.  Being an island nation, the ocean plays a vital role in many aspects of the everyday lives of people living in Sri Lanka.  The most important among these are food security, trade and cargo transportation, coastal livelihoods, tourism, coastal protection and bio-diversity as well as national security. Besides serving as a source of many economically useful products and services, oceans are the ultimate sink of much of the waste created by humans not only in their sea-based activities but also land-based activities. Activities of a growing population have given rise to increased loads of waste, of which a significant portion eventually finds its way to oceans making them unhealthier each passing day. Nevertheless, little is known about sink functions of oceans and the ever increasing problem of marine pollution is fast reaching tolerable limits.

Waste generated in both land–based activities and sea-based activities are responsible for marine pollution (Figure 1). Among the land-based sources of marine pollution are municipal waste and sewage disposal, pesticides and fertilizers from agriculture, industrial waste from production facilities in coastal areas, debris generated from numerous human activities including tourism and waste from inland areas washed off finally into the sea through water courses. Major marine-based pollution sources include oil/chemical spills from transportation of oil and accidents in the sea, off shore oil exploration facilities, disposal of non-degradable litter substances by vessels such as plastics, periodic dry docking and servicing of vessels, ballast water discharges, deep sea mining activities and volcanic eruptions.  It is not difficult to see that a majority of both land- and sea-based sources are of anthropogenic origin.

Sri Lanka experiences marine pollution originating from a variety of sources. Heavy metal pollution can be seen in certain areas, which could be due to land-based activities. Some studies also have reported heavy metal accumulation in edible species in coastal water bodies.  This has been reported from Negombo lagoon, Bolgoda Lake and in sediments of Galle harbour. Among the types of heavy metal reported were Ferrous (Fe), Zinc (Zn), Cadmium (Cd), Copper (Cu) and Lead (Pb). These pollutants have been reported in concentrations higher than permissible levels of coastal waters. Apparently, industrial (e.g. Katunayake and Ekala industrial zones) and municipal sources in surrounding areas are responsible for this situation.

A number of incidents on oil and chemical spills and marine accidents have been reported from different locations of sea around the country (Table 1). All these events have resulted in local pollution affecting the marine environment and associated organisms. The Marine Environmental Protection Authority (MEPA) with the support of other agencies such as Coast Conservation Department (CCD), Sri Lanka Ports Authority (SLPA) and the armed forces has taken positive steps to minimize the damage from certain events.

Another problem is the invasive alien species (IAS) brought in with ballast water.  Studies have reported 26 previously unrecorded species from the inner harbour area of Colombo, some of which are found in the ballast water of ships.  Some of these species are potentially harmful and they have been reported in sea areas near major ports.

Above are some anecdotal evidence about the nature and scale of marine pollution currently taking place in Sri Lankan waters.  Scientific studies on marine pollution are rare in Sri Lanka and more research and monitoring activities are necessary to make a realistic assessment of the situation. Despite the lack of scientific evidence, some trends are easily identifiable and should be addressed before the situation worsens. The country is making an effort to promote economic growth through trade and that would invariably increase ship arrivals to Sri Lankan ports and marine traffic in sea lanes around the island. With the rising number of ships entering the country, problems of oil spills, marine accidents and ballast water disposal are bound to increase.  Even for someone casually observing the country’s coastal areas, the accumulation of debris and litter is evident.  Not only ships, but coastal dumping and a growing fishing fleet also are responsible for this. The country has just begun oil explorations in off-shore areas that can also create marine pollution, especially in the Mannar basin. Moreover, large scale poaching in Sri Lankan waters by Indian fishermen has become a daily occurrence, where the fishermen use harmful bottom trawling methods banned in Sri Lanka, causing severe damages to the marine environment. So far, the environmental outcomes of these actions have not been assessed.

The ways to overcome the growing menace of marine pollution is not as visible as the problem. The MEPA is the mandated agency in Sri Lanka to address issues concerning marine pollution.  Sri Lanka introduced the Marine Pollution Prevention Act (MPPA) as early as 1981, around the same time that the National Environmental Act (NEA) of 1980 was introduced. However, like many environmental problems, marine pollution also cannot be solved by efforts taken by a single line, single agency or a ministry. As explained in this article, marine pollution has its land-based sources as well as sea-based sources. Land-based sources are handled by a variety of agencies that include the CEA, CCD and municipal authorities. Sri Lanka’s efforts to manage land-based pollution can hardly be considered as a success story and hence the landward side of the problem is not under control.  Despite failures, however, this is entirely a source that is within the control of the national jurisdiction, and as a result there is room for improvement through our own efforts. The more contentious issue is the sea-based sources, which are trans-boundary and international. We have limited control of these sources and international cooperation is mandatory for solving them. There are several international agreements and arrangements that deal with different aspects of marine pollution and Sri Lanka is a party to many of them. Besides, there are regional arrangements too. In spite of all these efforts, marine pollution continues to grow at a rapid rate.  It is a global threat that needs global solutions. We as a nation should look after what is under our control while cooperating with the world community to overcome this global menace.