World No Tobacco Day: Tobacco Smoking – An Issue of Un-awareness 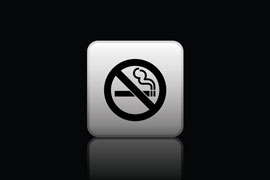 The ‘World No Tobacco Day’ is marked today, 31st May 2015. In this article to mark the day, G.D. Dayaratne takes a look at the steps taken by Sri Lanka to join the global fight against tobacco smoking.

Tobacco kills half of its users, with smoking and smokeless tobacco killing nearly 6 million people worldwide. According to the World Health Organization (WHO), tobacco use has killed 100 million people in the 20th century and could increase to one billion in the 21st century. One person dies every six seconds due to tobacco use, which accounts for one in 10 adult deaths. The WHO says up to half of current users will eventually die of a tobacco-related disease.

Smoking prevalence is a key indicator for smoking-related diseases as well as health inequalities.  Smoking has been identified as the single biggest cause of inequality in death rates between rich and poor in most countries. Death rates from tobacco are two to three times higher among disadvantaged social groups than among the better off. Long-term smokers bear the heaviest burden of death and disease related to their smoking.

“Quitting tobacco use has both immediate and long-term benefits
”

Tobacco consumption also gives rise to a number of Non-Communicable Diseases such as cancer. According to reports, cigarette smoke contains over 4,800 chemicals, 69 of which are known to cause cancer. In Sri Lanka, around 25,000 cancer patients are registered at cancer units in state hospitals countrywide. The Government has allocated LKR 40,806 million for the 2013 – 2016 period to provide radiology treatment for cancer patients. The amount of funds allocated for this purpose this year is LKR 1,500 million.

According to a WHO survey conducted in 2013, in Sri Lanka, smoked tobacco prevalence was 15.7 per cent among youth and 22.8 per cent among adults. Sri Lanka’s Household Income and Expenditure Survey of 2012/2013 indicate that the average household spent 2.7 per cent of their monthly income on tobacco and liquor.

Like any other addiction, quitting tobacco use has both immediate and long-term benefits.

Hard-hitting anti-tobacco advertisements and graphic pack warnings – especially those that include pictures – reduce the number of children who begin smoking and increase the number of smokers who quit, says the WHO.

In January this year, the Government of Sri Lanka approved a proposal to revise Clause 34 of the National Authority on Tobacco and Alcohol Act. The amendment, presented as an urgent Bill in Parliament, made it compulsory for tobacco companies to carry a pictorial warning covering 80 per cent of the pack with information on serious health hazards that could arise from smoking. The Cabinet also decided that the penalty for companies that do not conform to these regulations will be increased to a fine of LKR 50,000/= and one year in jail. The health warnings should be changed once in six months.
As recognized by the guidelines to implement Article 11 (packaging and labelling) adopted under the WHO Framework Convention on Tobacco Control, well-designed package warnings are a highly cost effective means to increase awareness of the health effects and reduce tobacco use. Accordingly, there has been tremendous progress internationally in implementing package warnings, with many countries increasing the warning size. Progress since 2012 includes Thailand increasing the size of picture warnings from 55 per cent to 85 per cent, Nepal implementing 75 per cent picture warnings, Jamaica from 33 per cent text to 60 per cent pictures, Uruguay implementing its 7th round of picture warnings at 80 per cent, and Sri Lanka going from 60 per cent in 2014 to 80 per cent in 2015. In addition, a new EU Directive will require picture warnings to cover the top 65 per cent of the package front and back, effective 20th May, 2016.

With increasing evidence that tobacco is harmful and is the leading cause of various diseases and deaths, many countries are now taking action. Amidst these developments the tobacco giant Philip Morris,  an American company, which offers seven of the largest selling brands of cigarettes in the world, is suing Uruguay arguing that the warning labels (80 per cent) leave no space for its trademarks. The company has already filed an expensive lawsuit on Australia – and if it wins against Uruguay, it could run cases against more than a hundred other countries. Uruguay is known for having some of the best anti-smoking laws in the world.

In a media report, the CEO of the Ceylon Tobacco Company (CTC) Felicio Ferraz, pointed out that whilst regulations are important, the move to bring in graphic health warnings will open the doors for inferior illicit products to cloud the market. According to media reports, in 2012 authorities detected 56 million illicit sticks attempted to be smuggled into Sri Lanka valued at over LKR 1.35 billion and within the first five months of 2013, authorities confiscated over 40 million illicit sticks.

Meanwhile, CTC makes a significant contribution to the government revenue every year. According to the Central Bank of Sri Lanka (CBSL), the amount rose to LKR 61.3 billion in 2014 from 58.5 billion in 2013, 53.5 billion in 2012 and LKR 49.6 billion in 2011[1], under the trade of nine brands of cigarettes. The CTC says while its industry is a controversial one, its share value spiked from LKR 800 to LKR 1,400, within a year registering a 5% increase amidst challenges.

What can Sri Lanka Do?

Statistics by various authorities clearly indicate that smoking and tobacco consumption in Sri Lanka is on an unprecedented rise. Such a trend has long-term health consequences costing governments extraordinary amounts of money for the care of those afflicted with smoking-related diseases.

Over the years, Sri Lanka has taken many steps to address this issue for the well-being of its population. Increasing the size of the pictorial warning in cigarette packets is one step taken by many countries that are alarmed at the rise of smokers in their population, which Sri Lanka has also implemented. In addition, in joining the global fight against tobacco, it is time for Sri Lanka to take some pragmatic steps with the aim of building a society free of tobacco.