“Let Food be Thy Medicine” 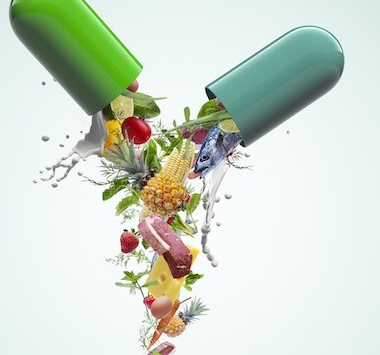 “Let food be thy medicine and medicine be thy food”, said Hippocrates, who is considered the ‘Father of Modern Medicine’, over 2000 years ago. He recognized the impact good food has on good health, as the food we consume not only sustain our lives, it also prolongs the quality of life.

With globalization and rapid urbanization over the years, people’s food habits have substantially changed along with their lifestyles. This has shifted the traditional healthy meal that consists of whole grains, fruits, and vegetables (high fibre, low fat, and low calorie food), towards calorie-dense foods that are high in saturated fats, trans-fats, sugar and salt.

This is causing significant health problems around the world, particularly giving rise to Non Communicable Diseases (NCDs), also known as  chronic diseases. While NCDs cannot be transmitted from person to person, the diseases last over a long period and progress slowly. According to the World Health Organization (WHO) 38 million people (68%) die due to NCDs each year. Of which, the main types of NCDs including cardiovascular diseases (e.g., heart attacks and strokes), cancer, respiratory diseases (e.g., asthma) and diabetes account for 82% of all NCD deaths globally.  NCDs are the leading cause of deaths globally and three quarters of the deaths (8 million deaths) now occur in low and middle income countries.

Unhealthy food can be defined as food high in saturated fats, trans-fats, free sugar or salt. According to the WHO, an unhealthy diet is one of the four modifiable behavioural risk factors that increase NCDs. Other risk factors include: tobacco use, physical inactivity, and harmful use of alcohol.

Frequent unhealthy diets increases obesity/weight gain, which is a risk factor of chronic NCDs such as cardiovascular disease, diabetes and cancer. Globally, more than 1.9 billion people are overweight while more than 600 million are obese. According to the WHO, annually, 3.4 million adult deaths occur worldwide due to overweight/obesity. While, this problem is prevalent in higher socio-economic settings, it is also on the rise in low and middle income countries. In Sri Lanka, prevalence of obesity in persons aged 18+ years was 3.5% and 10% amongst males and females, respectively (Figure 1). Statistics on overweight were much higher. Obesity and overweight have become an acute problem among children due to overindulgence in high calorie food and indoor leisure activities (e.g., television, internet, computer games, etc.). Moreover, children are increasingly subjected to advertisements that promote fast/processed food, which have a detrimental impact on their diets and health.

In addition, the consumption of salt and sugar in today’s diets are high. Current estimates suggest that the global mean daily intake of salt is around 10g (4g of sodium a day). This is substantially higher than the recommended limit of the WHO (5g of salt or 2g of sodium a day). A Sri Lankan adult is estimated to consume over 12.5g of salt per day.  The high consumption of salt is associated with hypertension (high blood pressure) and cardiovascular problems.  Hypertension is found to be more prevalent among people with an average  salt intake of 13.8 g per day, compared to salt intake of 4.9 g per day. According to WHO, excess salt intake is the key contributor of 1.7 million annual deaths from cardiovascular causes in 2010.In Sri Lanka, the prevalence of high blood pressure was around 21.9% and 21.5% for males and females, respectively in 2014 (Figure 1). The high consumption of sugar is directly associated with obesity/weight gain and dental caries.Similar to salt consumption recommendation, the WHO recently introduced a new guideline to reduce sugar intake. As per the recommendation, adults and children, particularly non-diabetic people, are strongly advised to reduce the daily intake of sugar to 5-10 % of their total energy intake. This is roughly about 25 grams or 6 teaspoons of sugar per day. At present, individual sugar consumption in Sri Lanka is about three times higher than the recommended amount. Prevalence of raised blood glucose/diabetes in Sri Lanka among persons aged 18+ years was 7.7 % and 9.1 % for males and females, respectively.

In Sri Lanka, 75% of the deaths are estimated to be caused by  cardiovascular diseases, cancer, chronic respiratory diseases,  diabetes and other NCDs. The number of NCD related deaths in 2014 was 60,300 and 43,500 among males and females respectively. Although it is said that NCDs are often associated with older age groups, almost half of the male deaths and more than one-third of female deaths were under the age group of 70 years. Figure 2, provides a break down profile of deaths by diseases in Sri Lanka. 40  % of the deaths can be attributed to cardiovascular disease, followed by cancer and other NCDs such as obesity/overweight, respiratory diseases and diabetes.

Not only are NCDs the main cause of deaths in Sri Lanka but the number of hospitalization due to NCDs appears to be increasing. In fact, NCD prevalence in Sri Lanka is substantially higher compared to some Asian countries. In terms of NCD mortality, Sri Lanka is placed third (66%) in the ranking, behind Maldives (79%), and Thailand (71%).

Towards a Healthy Food Culture

Chronic diseases create financial burdens not only on individuals, and the health system, but also adversely affect the country’s productivity and national income.

Towards combating NCDs, there is a need to strengthen the existing policy/legal enforcement governing food value chain from production to advertisement in the country. According to Liyanage (2009 & 2010),  60 % of Sri Lankan consumers are not satisfied with the quality of food, and the types of food available in the market that are considered to be ‘not as healthy as expected’. In particular, many food products have additives such as artificial colours and preservatives that exceed permitted levels. There are also regular media reports of expired food items being sold in the market, which raises the question of the extent to which the prevailing laws are enforced.

Unregulated advertisements can also have adverse impacts on food choices of consumers. In fact, some studies have found advertisements to be a determinant of an obesogenic environment – that is, an environment that promotes weight gain and is not conducive to losing weight.

Many developed and developing countries, such as the US and Taiwan have established effective initiatives to prohibit unethical food advertisements to combat obesity and other chronic diseases. Taiwan, which has the highest obesity rates in Asia, has recently drafted a Bill to prohibit advertising of five kinds of junk food on children’s television channels. In Sri Lanka too, enforcing strict rules and regulations on unethical advertisements, which promote unhealthy food is an area that needs policy attention, especially to safeguard the health of the country’s young population. Consumers also need to be made aware of the quality of food products they consume. This calls for programmes to raise ‘health literacy’ amongst consumers, which can be provided through various channels including electronic and print media, community health workers, and school curricular. In addition, the Ministry of Health, and the private sector can target school children/teenagers, housewives, as well as white-collar workers when to implement programmes on healthy lifestyles including diets – through Corporate Social Responsibility programmes.

Towards promoting a healthy lifestyle and prevent cardiovascular diseases, the College of Community Physicians of Sri Lanka in 2012 launched the ‘Super 8’ initiative in partnership with the National Nutrition Secretariat, the Ministry of Health and the Department of Agriculture. The Super Eight includes: 1) developing a healthy Body Mass Index (BMI) of 18.5 – 24.9; 2) avoiding excessive consumption of salt and 3) sugar; 4) engaging in moderate exercise; 5) eating five servings of fresh fruit and vegetables every day; 6) avoiding food that contains trans-fat; 7) giving up smoking and alcohol consumption; and 8) maintaining blood pressure below 140/90.

Evidently, being conscious about the food we consume is vital; as a healthy diet is an integral part of a healthy lifestyle. Therefore, as the father of medicine once said “Let food be thy medicine”.