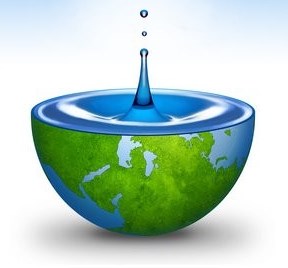 World Water Day 2015 is celebrated today (March 22) under the theme “Water and Sustainable Development”.  In this article to mark the day, Chatura Rodrigo and Athula Senaratne highlight the importance of Integrated Urban Water Management in meeting the demand for water in a fast urbanizing Sri Lanka.

Sri Lanka is fast becoming urbanized with low density urban sprawl and ribbon development along the main roads of the country’s coastal areas. During 2005 – 2010, the country had an average urban population growth rate of 0.3 per cent, which was amongst the lowest in Asia. However, this has gradually started to change with rural to urban migration, with the end of the conflict in the county’s North and East.  An increasing trend in urbanization can be observed in many areas, and statistics do not capture this correctly. The projected increase in urbanization will create challenges, and ensuring the country’s sustainable development will rest upon how effectively these challenges are addressed.

Meeting the demand for water of a growing urban population is one of the major challenges for policy planners of urban development. The country’s vision on urbanization involves development of many physical infrastructures such as buildings, roads, railways and industries, which will attract many people to urban areas. They will demand more domestic and industrial water, creating pressure on natural water bodies. Water availability for both industrial and domestic consumption will also be affected by climate change. Low lying urban areas will be prone to inundation with heavy rainfalls and floods while dry spells will create a high demand for industrial and domestic water. In this context, it is imperative to look at Sri Lanka’s vision on urbanization and potential drawbacks connected to the increased demand for water.

“Water is a basic necessity, a human right of urban as well as rural population. At the same time, water is a limited resource.”

Under the National Physical Plan of Sri Lanka (2011-2030), Sri Lanka aims to focus on five metro regions – Colombo, North-Central, Southern, Eastern, and Northern – and nine metro cities – Ampara, Anuradhapura, Batticaloa, Colombo, Dambulla, Hambantota, Jaffna, Polonnaruwa, and Trincomalee.  These regions are to be connected and integrated into a country-wide system of urban areas. At present, there are more than 15 mega projects associated with development of town centers in Sri Lanka. Urban regeneration efforts include the construction of 70,000 low cost housing units in the next six years.  These are intended for relocation of residents presently living in under-served settlements in the city of Colombo.

All of these developments will create demand for more water. Water is a basic necessity, a human right of urban as well as rural population. At the same time, water is a limited resource.

The increase in domestic and industrial water usage is prominent in the urban sector compared to rural and estate sectors. Achieving the demand created by urban settlements is reflected in the statistics on access to safe drinking water. Compared to the rural and estate sectors, access to safe drinking water of households is high in the urban sector. The coverage figures have increased from 96.8% in 2009 to 98.7% by 2012. Among the safe drinking water sources, pipe borne water is the safest. Approximately 75% and 14% of urban and rural population respectively are served by pipe borne water.  Domestic demand for billed water is around 66% of the total demand. Industries as a whole demand 9% of the water sold. Furthermore, Sri Lanka has been successful in providing exclusive sanitation facilities to a higher share of the urban households when compared to the households in the rural and estate sectors.  The urban sector will require more pipe borne water as population density increases and industries expand.

In addition, waste water disposal is also a major concern in the urban sector.  The share of water used by the urban population in Sri Lanka is projected to increase to 45% by 2015 and to 65% by 2030, which is bound to increase the pressure to meet the national targets for drinking water.

What are the Challenges?

Demand for safe water has been increasing by 8-10% each year. Most urban water supply schemes do not have the capability for providing a 24-hour service. When it comes to addressing water related matters, the urban sector faces a number of challenges.

While the urban water supply is mainly dependent on surface water, the degree of dependency on ground water appears to be rising. Storage reservoirs have limited capacity, and no expansions have been done in the recent past. In addition, in the dry season, salt water intrusion occurs. . Being an island, urban flood management is vital for Sri Lanka.  In order to account for flood issues, hydrological assessments are needed. However, these assessments are done with models with limited verifications.

Monitoring of the quality of water bodies that supply pipe borne water is poor. From time to time cases of water pollution are reported, and activities by individuals as well as industries create negative environmental externalities, which costs private as well as public resources .

In managing urban water, different agencies have different areas of jurisdiction which often overlaps. . In the Colombo metro region, most of the water and sanitation infrastructure dates back to the colonial era, and a majority of the pipes that carry water and sewage are old and malfunctions from time to time, sometimes resulting in leaks. A proper financial mechanism is needed to fund the expansion and the repair of the water supply infrastructure in urban areas.

Managing urban water demand calls for innovative actions. In this regard the Integrated Urban Water Management (IUWM) is considered an innovative and optimistic way of managing water demand linked to urbanization.

IUWM calls for the alignment of urban development and basin management to achieve sustainable economic, social, and environmental goals. Planning for the water sector has to be integrated with other sectors, such as land use, housing, energy, and transportation. Adopting IUWM and its adaptive, iterative processes will help cities to significantly reduce the number of people without proper access to water and sanitation. By providing water services of appropriate quantity and quality would invariably lead to improve the health and productivity of urban residents.