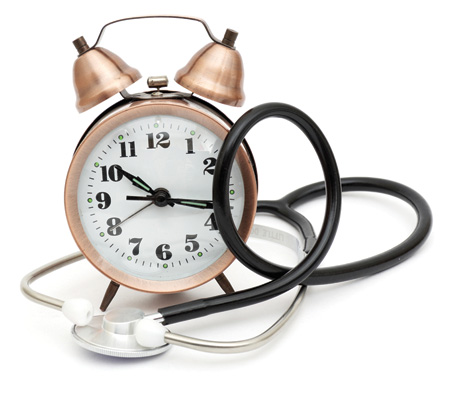 Patient waiting times, an important aspect of the patient experience, influences patient satisfaction to a significant extent. It is, however, an often overlooked component of the patient encounter. In Sri Lanka, long waiting times at private healthcare providers is commonplace. A fundamental reason behind this is the doctor-centric approach of the healthcare delivery model; where hospitals in the private sector facilitate doctors rather than patients (RAM, 2013).[i]

Doctors consult at multiple hospitals in a single day

At present, a permanent cadre of doctors is not available at private hospitals (except in Lanka hospitals which was introduced recently). Doctors, therefore, consult at multiple hospitals, sometimes, as many as six to seven hospitals in a single day. Private hospitals in Colombo are scattered across the city and there is often only a narrow time gap (sometimes as low as 15 minutes or half an hour) between scheduled appointments at different hospitals. As a result, doctors who consult at multiple hospitals inevitably arrive late to most of their scheduled appointments because they are either held up in their previous consultation commitments or held up in traffic (Dayaratne, 2013).[ii]

The majority of the bubbles (or responses) fall under the reference line in area ‘AWT>EWT’. This means that the majority of respondents who scheduled an appointment with a physician waited longer than what they think is an expected or acceptable waiting time. For example, the biggest bubble in the figure indicates that the largest proportion of individuals waited 20 minutes or more for an appointment even though their expected waiting time was only 5 to 10 minutes. Similarly, the second biggest bubbles (coordinates 5, 2 and 5, 4) indicate that a large number of individuals waited for 20 minutes or more even though their expected waiting times were about 5, and 10 to 20 minutes, respectively. Patients sometimes travel great distances to consult a particular specialist and they are not fully compensated when doctors are late. They are also inconvenienced by unannounced cancellations. Furthermore, patients are not briefed on who is responsible for their care, the hospital or the visiting specialist doctors. In this regard, both the monetary and time costs to the patient are high.

Having a permanent cadre of specialists consulting in one hospital at a given time would considerably minimize the issues pertaining to long waiting times. When a hospital has a permanent cadre, if one specialist is unavailable, another will be available to consult patients. Lanka hospitals is one key player in the industry who now has doctors consulting throughout the day at the hospital. Furthermore, Sri Lanka needs an optimal referral system. A referral system is where a general practitioner (GP) refers a patient to a specialist. The absence of such a mandatory system has resulted in patients going directly to specialists, in turn creating long queues and waiting times in private hospitals. If a mandatory referral system exists in the country it can not only reduce waiting times but also allow specialist doctors to spend more time with their patients during a consultation.

Shorter waiting times can make an important positive difference in the patient experience. It is, therefore, necessary to look into how waiting times can be avoided or at least kept a minimum to improve the patient experience. Given that Sri Lanka’s households are continually spending large portions of their income on private healthcare, it is necessary to ensure that they receive proper value for the money they spend.

[iii] The survey is based on a forthcoming IPS report on ‘Value for money in healthcare services in Sri Lanka’.