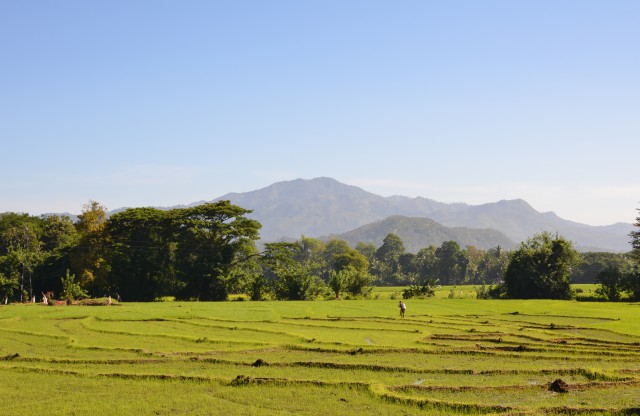 As in many developing countries, fertilizer subsidies represent a major component of agricultural policy in Sri Lanka. This is particularly true of the paddy sector. With rice being the staple food in Sri Lanka, successive governments have provided significant fertilizer subsidies for paddy with the primary aim of increasing the paddy production[1]. Since 2005, the fertilizer subsidy has accounted for 2-2.5% of total government expenditure[ii] and the subsidy is given for all three major fertilizers (Urea, Murate of Potash – MoP, and Triple Super Phosphate – TSP).

Over the years, the subsidy has significantly contributed to increasing paddy production, stabilizing the milled rice price[iii], and helped the country attain self-sufficiency in rice[iv]. However, there are questions on the effectiveness and sustainability of the programme because of concerns around the overuse of subsidized fertilizer and its use for crops other than paddy. The excessive use of fertilizer has also raised concerns over soil and water pollution, food safety and the burden on the national budget[v] and[vi].

In response to these concerns, especially the burden on the budget, the government of Sri Lanka reduced the fertilizer subsidy by 25% in the 2013 Budget. It further aimed to encourage farmers to adopt organic fertilizer. However, paddy farmers complained to the government that they are not in a position to shift to organic fertilizer within a short time and announced a possible price hike for rice. After the reduction in the fertilizer subsidy and the consequent price hike, paddy production declined as farmers did not cultivate the full extent[vii]. In response, the government revised their decision in 2014 by reducing the subsidy by only 10% instead of the original 25%[viii]. This shows the inconsistency in recent agricultural policies, and calls for better evidence-based policymaking.

Paddy cultivation is a major source of livelihood in Sri Lanka, providing more than 1.8 million people with employment opportunities. So, in terms of food security and rural employment, the government is under constant pressure to continue with the subsidy scheme. Furthermore, the subsidy has become a politically sensitive issue, since paddy farmers are a high share of the voter base[ix]and[x]. This is very common in most developing countries. However, a sufficient and effective decision on the reduction of the subsidy is not possible without a clear understanding of the factors that determine the demand for fertilizer[xi].

There are several studies in Sri Lanka that have examined the factors that determine the demand for fertilizer in paddy cultivation. However, these have failed to consider recent data that capture the fertilizer subsidy implemented since 2005; they only take into account a handful of variables that determine the demand for fertilizer. Moreover, data on fertilizer use in Sri Lanka needs to be studies considering the two main paddy-harvesting seasons. In order to address these limitations, a new study by IPS uses panel data regressions in fixed and random effects scenarios to investigate the factors that affect fertilizer demand in the major paddy producing areas of Sri Lanka between 1990 and 2011. This study uses fertilizer consumption, prices, and cost of cultivation data published by the Department of Agriculture.

Estimation results suggest that the price of fertilizer, price of seed paddy, price of labour, quantity of paddy output, cost of materials, cost of pest management, provision of fertilizer subsidy and the whether the paddy cultivation is commercial or not, all have significant implications on the demand for fertilizer.  However, the use of machinery – which represents the degree of mechanization in paddy farming – does not have a significant impact of the demand for fertilizer.

The price of seed paddy has a significant impact in sustaining paddy production in Sri Lanka. While increasing the seed price would reduce the farmers’ incentive to over use fertilizer, this might actually limit farmers’ full production potential. Therefore measures are needed to stabilize prices of seed paddy. This study recommends that in order to reduce the overuse of the fertilizer, the price of labour needs to be stabilized and there should be measures to reduce the cost of weedicides. Labour is becoming scarcer in paddy farming. There is an out-migration of labour and the farm workforce is ageing. Therefore, farmers who depend on hired labour would want to make the best out of what they spend and thus apply more fertilizer when the labour is employed. This could potentially lead to an overuse of fertilizer. Mechanization has the potential to reduce this over use while simultaneously tackling the labour constraint.  Mechanization was significant in reducing the demand for fertilizer until 2005, however, since then the price of labour has become a more significant factor in determining fertilizer demand.