What Sri Lanka Should Know about China’s New Economic Dynamism 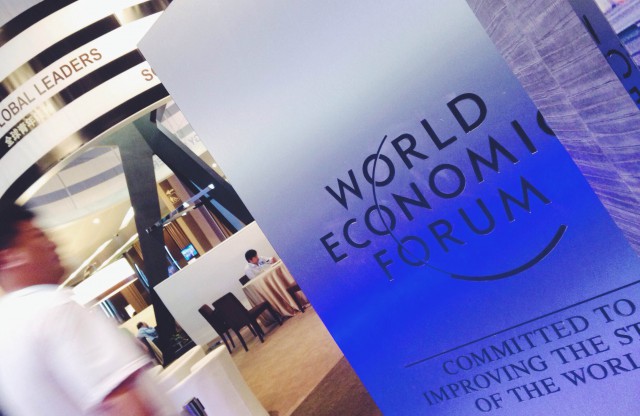 China’s ongoing reform programme is a focused and strategic effort that has the potential to transform the business climate and also competitiveness of Chinese exports. Sri Lanka should take a cue from it, argues Anushka Wijesinha.

“China is still a developing country. We must give top priority to economic development. Only development will deliver progress. Ultimately, only development will resolve all the problems in China”. These were Premier Li Keqiang’s words at the start of the World Economic Forum’s Annual Meeting of New Champions (AMNC) 2014 held in Tianjin, China, last week, and would no doubt resonate well with the current policy orientation of the Sri Lankan government as well. Listening to his speech and interacting with delegates on the sidelines of the meeting gave a fantastic insight into the ongoing policy shifts in the Chinese economy and the underlying dynamics driving growth there. As Sri Lanka hosts President Xi Jinping this week, it is a good time to look at some key aspects of this shift, as it will become increasingly important for Sri Lankan businesses and policymakers to be better attuned to what goes on in the Chinese economy.

As widely acknowledged by any Chinese official or business leader I spoke to, the Chinese economy is in the middle of massive transformation – pivoting to new source of growth, tackling tough reforms, and managing new aspirations of the Chinese people. When I asked Daokui Li, Professor of Economics at Tsinghua University, about this shift, he remarked that the economy is in a “difficult and challenging transition. New engines of growth must take over the old”. He was referring to the rebalancing from growth led by exports and property development to consumption-based growth and greater infrastructure investment that improves competitiveness. Of course there are lingering doubts on how China’s ongoing economic rebalancing will pan out, and whether a ‘hard landing’ of the Chinese economy will cause systemic risks to the global economy. But several experts whom I interacted with asserted that the current slowdown is temporary, a ‘U-shaped’ adjustment. The government is keen to fend off such fears, and Premier Li asserted in his speech that, “We have the confidence, ability and resources to tackle the problems facing China”.

Already private consumption is increasing, and the share of consumption in GDP could be as high as 50% by the end of the decade. Unemployment has remained at around 5% in 31 large and medium-sized cities surveyed. The services economy – particularly logistics, express delivery and e-commerce – is bringing in new efficiency in product markets. A third new engine that China is focusing on – the upgrading and ‘greening’ of production capacity in ‘old’ industries like petrochemicals and steel, etc. – has the potential to be a fresh source of growth.

The ruthless focus of the government on structural reform of the Chinese economy is impressive and bodes well for China’s future prospects. Since coming into power, the Xi Jinping-Li Keqiang government has embarked on the most comprehensive economic reform programme since the 1980s. Many Chinese experts who I spoke with acknowledged that the “structure of institutions need fundamental reform”. Already a lot of top-down reforms are happening. The government is greatly reducing ex-ante interference and increasing ex-post regulation and strengthening the legal system. The ‘administrative and approvals’ process has already gone through impressive streamlining, with over 600 items of regulations being either removed or delegated to lower levels of authority to be closer and more responsive to local business needs.

“if the reforms are successful, this has tremendous implications for doing business in China”

The ongoing ‘business registration’ reforms are making it easier for businesses to start up, and this is already showing results. Between March and August this year, new business registrations grew by 61% year-on-year. On the financial side, the financial liberalization programme continues apace, with controls on interest rates being removed and becoming market-determined and borrowing rates set to follow suit. Of course, many officials are facing challenges in shifting to this new ethos of governance – regulating based on transparent rules, in dealing with businesses. But if the reforms are successful, this has tremendous implications for doing business in China. As Zhu Min of the IMF noted during one of the AMNC sessions, “If you want to run a healthy economy you need good institutional structures and transparency, and China is taking this very seriously”.

China’s SOEs are large beasts, with many of them featuring in the Fortune 500 list of top global firms, mainly because of their revenue. When market-oriented reforms in China started in the early 1980s, all enterprises were fully government owned. Since then, there has been a gradual move towards mixed ownership, but state ownership has continued to dominate. They play a key role in the Chinese economy, but with changes in the local and international context, many are under severe competitive and cost pressures. The ongoing focus of the Chinese government appears to be a multi-pronged approach in tackling this. Chinese SOEs are being geared to become more competitive and adopt an international perspective in their operations. Since the 1980s, SOEs have gone through a painful period of market oriented reforms. Many are much stronger than before and several of them perform well even in the international business context, winning lucrative contracts in overseas markets.

As the Chairman of China Petrochemical Corporation (SINOPEC) Fu Chengyu argued during a session on the evolving business context in China, “Chinese SOEs are keen to enhance their core competence, restructure their corporate governance, and improve the quality of their assets. This was made clear in the Third Plenum statements of the Chinese leadership”. It appears that regardless of the evolving ownership structure of Chinese SOEs – whether mixed or still fully state-owned, building modern governance structures will be the key focus of the Chinese authorities. Fu added that, “the reform of SOEs is not to get rid of them, but to build them bigger and healthier”.

For an economy that, just at the start of this decade, was largely dependent on a low-wage low-cost model of export-led growth, the new focus on innovation-driven growth is truly impressive. China is moving rather rapidly to an economy driven by innovation and entrepreneurship. In his opening remarks at the WEF meeting, Premier Li put forward a vision of this growth – “Just imagine how big a force it could be when the 800 or 900 million labourers among the 1.3 billion population are engaged in entrepreneurship, innovation and creation”. And this doesn’t seem to be just rhetoric. With massive schemes like ‘Broadband China’ and ‘Smart Cities’, the government is harnessing technology and urbanization to drive a new wave of competitiveness. This is taking place not just in the traditional growth cities like Guangzhou, Shenzhen, Shanghai, and Tianjin, but in newer cities like Wuxi. The city of Wuxi in the Jiangsu Province is now home to 2,000 foreign companies (most of them are hi-tech), and among the 120-plus factories set up by 80 of the Global Top 500 firms, half of them are from Europe and the US. The Wuxi city government alone spends up to 2.8% of GDP on R&D investment. All this has been achieved while transforming the area from a polluted unlivable city in to a ‘garden city’ with extensive wetlands and lakes. The trend is seen around the country, where over 100 universities have innovation incubators to help young Chinese students commercialize their ideas, and in the past 3 years alone 100 universities in the country have started departments to research on the ‘Internet of Things’. “Innovation is a source of dynamism to boost development”, remarked Li, in his speech, and China certainly appears to have placed this agenda front and centre of its policy focus.

While acknowledging that China’s political and administrative system, its large workforce, huge untapped human resource potential, vast natural resources, etc., offer the country distinct inherent advantages in infusing new dynamism into the Chinese economy, one cannot ignore the impressive way in which the Chinese leadership is steering this transitioning economy. It has important lessons for Sri Lanka’s own transformation. Hopefully the closer ties with China will benefit us beyond just the access to easy infrastructure investments. If I was to characterize the reform effort, it would be a “sheer focus and a strategic approach” – whether it is the impressive innovation drive or the ruthless focus on structural and institutional reform (including rooting out corruption).

“the gap between reform rhetoric and reality is rapidly closing in China. Sri Lanka can certainly take a cue from it”

Recapping the ongoing policy focus, Premier Li announced, “We will continue to press ahead with revolutionizing government itself and further intensify efforts to streamline administration and delegate powers. We will deepen fiscal and taxation reform, promote reform of the budgetary management system so as to use public funds in an equitable and effective way, and continue to expand the pilot programmes for business tax to VAT reform which is conducive to development of the service sector, particularly the R&D companies”. Now, one may feel skeptical that this sounds like just a ‘shopping list’ of good policies. But, as highlighted in this article, the gap between reform rhetoric and reality is rapidly closing in China. Sri Lanka can certainly take a cue from it.

(Anushka Wijesinha recently attended the World Economic Forum Annual Meeting of New Champions 2014 in China. He is a WEF ‘New Champions’ Awardee as a member of the Global Shapers Community – Colombo Hub.)