China’s Approach to FTAs with Other Countries: What Can Sri Lanka Expect? 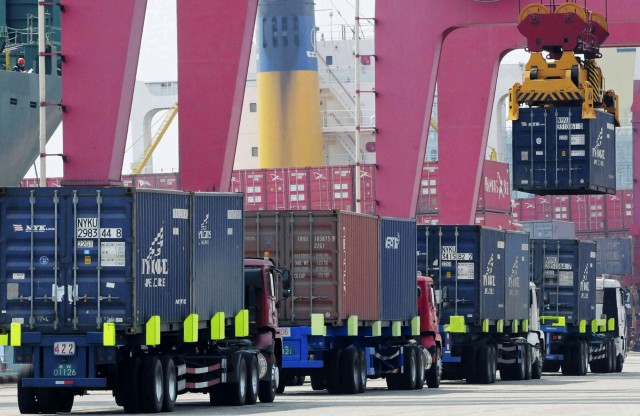 IPS trade economists Janaka Wijayasiri and Dharshani Premaratne argue that if China’s FTAs with other countries are any indication, Sri Lanka can expect a flexible and collaborative free trade agreement, but there are five key areas that need tackling in the FTA negotiation.

In a previous article on the proposed Sri Lanka- China Free Trade Agreement (FTA), we looked at the potential to expand bilateral trade. Since then, the two countries have finalized a Joint Feasibility Study on 11 March 2014. As expected, the study reported that the FTA would bring substantial economic and trade benefits to the two countries, with both governments expressing hope that the deal will be implemented at an early date. Given that series of negotiations are likely to begin to hammer out an agreement in the near future, it is worth looking at the main features of China’s existing FTAs with other countries to get a sense of what a possible FTA with China would look like.

“China has concluded FTAs, or entered into negotiations, with almost every major region in the world”

As stated in its 12th Five-Year Plan, China intends to accelerate the implementation of its Free Trade Area Strategy, strengthen economic linkages with major trading partners, and deepen cooperation with emerging markets and developing countries. Currently, it is in the process of negotiating eight more FTAs; with the Gulf Cooperation Council (GCC), Australia, Norway, Southern African Customs Union (SACU), Korea, India and of course, Sri Lanka.

A Gradual Approach to Trade Liberalization

China has adopted a gradual approach in negotiating with trading partners – first, striking an agreement in trade in goods, then services and investment, followed by a comprehensive FTA package. The ASEAN-China FTA, China-Chile FTA, and China-Pakistan FTA followed such an approach. Both the China-ASEAN FTA and China-Pakistan FTA were preceded by an ‘Early Harvest Programme’, which was based on tariff reductions, followed by further negotiations on goods, services and investment[1]. For example, the liberalization of trade in goods with Pakistan was started with the signing of the Agreement on Early Harvest Programme in April 2005, with the Agreement on Trade in Services signed four years later (February 2009). Similarly, the agreement on trade in goods with ASEAN was signed in November 2004 while the agreement on services was signed in January 2007. In contrast, China-New Zealand, China-Singapore, and China-Peru FTAs were more comprehensive in scope at the time of signing.

For most of China’s FTAs partners, the agreements have eliminated tariffs and allowed preferential market access to China, to a great extent. For example, in its agreements with Chile, Peru and New Zealand, China committed to eliminate duties on 94.6% to 97.2% of the tariff lines, which corresponded to 88 – 99.1% of its bilateral imports from these trading partners[2]. The only exception to this is the China-Pakistan FTA. Tariffs and trade under it have not been liberalized to a substantial level even after its full implementation in 2012; duties on 35.4% tariff lines were eliminated, corresponding to 44.4% of China’s imports from Pakistan. Pakistan too has committed relatively low levels of tariff elimination in the agreement.

China’s FTAs take into account the sensitiveness of both countries and contain Negative Lists, which exclude a number of products from tariff liberalisation. Except with Singapore, China maintains a negative list with all the other FTA members, aimed at protecting its domestic industries. A number of vegetable products, animal and vegetable fats and oils, prepared food, chemicals, wood products, pulp and paper, and textile categories are protected by China. In almost all of the agreements, China has placed pulp and paper in its negative list. Nevertheless, almost all of the agreements cover a substantial number of tariff lines and trade, with the exception of FTA with Pakistan. There are no products exclusions in the FTA with ASEAN members. However, ASEAN and China maintain a Sensitive List for which tariffs are being lowered incrementally between 2012 and 2018.

Due to their focus on liberalizing markets and facilitating trade, agreements between China and other developing countries aimed at reducing tariffs and non-tariff barriers to trade. Moreover, China was reluctant to include issues such as environment protection, competition policy, and labour standards as part of the FTA package. However, China has shown some willingness to broaden its focus and include these issues over time. For example, China’s agreements with developed countries such as New Zealand and Singapore in 2008 incorporate issues such as intellectual property rights, trade facilitation, labour standards, and competition policy.[4] Nonetheless, China has taken a cautionary approach and chosen not to include them in the main agreement of the FTA but as stand-alone agreements or MOUs.[5] China has recently taken a more comprehensive approach to FTAs in the agreements with Iceland and Switzerland signed in 2013. China is now demonstrating a greater willingness to engage in deeper level of liberalization of trade, shifting from the previous narrow strategy of focusing on trade in goods to a broader focus on other issues. Nevertheless, China’s FTAs are not as comprehensive in terms of coverage and depth compared to FTAs among other countries/groups like the US, Japan and EU.[6]

Five Focus Areas in the Negotiations

Firstly, considering the asymmetries in size of the economy and production capacity between Sri Lanka and China, Sri Lanka needs to negotiate receiving similar (or higher) concessions that were granted to other countries that hold preferential treatment in accessing China. The negotiations on preferential market access to China must enable Sri Lankan exports to be as competitive as those from China’s other FTA partners. Secondly, rather than agreeing on a general rules of origin criterion, the negotiations should focus on achievable product-specific rules of origin requirements, as the requirements differ from product to product. Thirdly, the sensitivities of domestic industries to imports from China also need attention when formulating and negotiating Sri Lanka’s negative list.

Fourth, Sri Lanka must remember that since provisions made under China’s FTAs are based on the principle of reciprocity, the potential benefits of allowing preferential market access to Sri Lanka must be assessed carefully, and domestic interests and sensitivities must be accommodated in the roadmap towards finalizing the FTA. This would require a closer consultation between the government, and other stakeholders in the economy including the private sector, and civil society of the country. Finally, to achieve a more comprehensive bilateral cooperation between the two countries, the FTA should gradually move beyond trade in goods to cooperation in other areas such as investment, services and trade facilitation at a later date to build on a negotiated trade agreement.

Flexibility Will Be A Bonus

A cursory look at China’s existing FTAs indicates that the country does not follow one template or model in its agreements, but tailors them to the preferences of the partner country. Unlike the US, which has a standard model (together with enhancements) that it more or less adheres to in negotiating FTAs, China’s FTAs differ widely from one agreement to another[7]. China appears to be less stringent and more flexible; each agreement is made in collaboration between China and partner countries. As Zhao and Webster (2011) assert, the ‘greatest defining feature of Chinese FTAs is their malleability’. This no doubt serves China’s interest as well those of Sri Lanka.