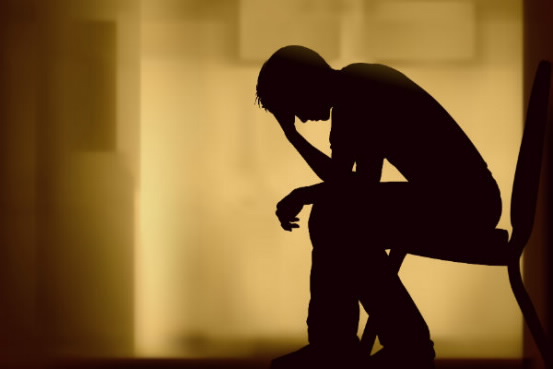 Youth encounter two main landmarks in their lives: the entry into the youth life and entry into the adult life. Both these transitions bring about many challenges and tension. These two transitions will decide whether the youth is a catalyst of good or bad. Understanding what youth go through during these transitions and in between is very important. This year, the International Youth Day is focused on discussing “Youth and Mental Health”. Many factors impact the mental health of youth and they lead to many consequences. From a Sri Lankan point of view, usage of alcohol and drugs, suicides, and teenage pregnancies are some of the significant consequences related to the mental health status of youth.

A Closer Look at Youth of Sri Lanka

In Sri Lanka, high incidence of homicides, self-inflicted injuries, and suicides are major causes of death among youth. High rates of suicide and self-harm indicate high levels of psychosocial stress amongst individuals in the community. According to the Sri Lanka police records, 3770 deaths were recorded in 2011 were due to suicides. Further, suicides were highest among females in the 21-30 year age group followed by those in the below 20 years age group. The highest male suicides were among elders, but more than 500 suicides were by young males[1].

Smoking and alcohol use among youth is significant and needs careful attention. Usually the firstuse of a cigarette, or use of alcohol, takes placeduring adolescence. Some youth continue smokingand alcohol use from then onwards. According to the spot survey carried out by the Alcohol and Drug Information Centre (ADIC) in 2012,33% of respondents were current users oftobacco, while 35.6% were users of alcohol. According to the responses, the highest prevalence of tobacco and alcohol use was from the age category of 25-39 years. Out of those aged 15-24 years, a majority current smokers and alcohol users reported that the main reasons for use of substances were to be social with friends. These substances greatly impair mental abilities and the physical skills of youth, and enhance the long run risk of developing cancers, lung diseases, ulcers, heart disease, and liver diseases. Further, the use of these substances is a contributing factor to accidents, suicides, violence, and sexual abuse, among young people.

“Substance abuse is high among youth who live in war affected areas, compared to other parts of the country”

While the substance abuse issue is directly linked to peer pressure, it also highly depends on the ability of person to cope with frustration and stress. For example, substance abuse is high among youth who live in war affected areas, compared to other parts of the country. This is mainly due to fact that youth in the reconciliation process are most of the time in highly stressful situations due to the uncertain nature of their future. Sometimes the lack of availability of guidance, employment, and educational opportunities, push them towards coping mechanisms that include smoking and substance abuse[2].

Mental health of youth in Sri Lanka has also direct impact on their sexual and reproductive health. Marginalized youth and war affected youth are more prone to have damaged mental conditions, thus are poor in planning their families and adopting accepted family planning measures and being aware of sexual and reproductive health. Youth in the estate sector of Sri Lanka are more unemployed, and they are the poorest among all. Province wise, Northern and Eastern provinces have been exposed to 30 years war, thus youth of these areas are more likely to face Post-Traumatic Stress Disorder (PTSD) and are mentally unstable to follow sexual and reproductive health advise. Proving this, teenage pregnancies in Sri Lanka are highest among estate sector girls and girls of Eastern province. On a national scale, according to the Demographic and Health Survey (DHS) 2006-2007, 6.4% of adolescent women (age 15-19 years) have begun child bearing – are already mothers or are pregnant with their first child[3]. Sri Lanka does not stand alone in any of these aspects when compared to the world’s statistics. Mental health disorders were the most prevalent source of disability for young people worldwide, accounting for 45% of total morbidity. Disorders included major depression, substance abuse, schizophrenia, and bipolar disorder. The next most prevalent causes of disability were injuries (12%) and infectious and parasitic diseases (10%). Further, the prevalence of mental health disorders varies across gender, ethnic, and socioeconomic lines[4]. Suicide rates among young people have risen to such an alarming extent that 15 to 19 year olds are now at highest risk of suicide in a third of all countries, with suicide being the second leading cause of mortality for this age group globally.

Young people can be expected to be the group at highest risk of suicide in the future. In most countries, suicide rates are higher in males than in females. This also applies to the 15 to 19 year old age group, with about 10.5 suicides per 100,000 people for males and about 4.1 per 100,000 people for females[5]. Gender ratios vary between countries (about 3-4:1 in European countries and 1-2:1 in Asian countries) with a high rate of suicides among young males in the West and a relatively lower rate in Asia[6]. The causes of suicide worldwide are also diverse; with different risk factors in different cultures. Mental disorders (particularly depression) and abuse of alcohol or drugs are the major risk factors for suicide in Europe and North America. In Asian countries, impulsiveness and adjustment disorders play an important role. A risk factor that is evident across the East and West is unemployment, especially when coupled by stressful events such as financial problems and an inability to compete[7].

What is the way forward for Sri Lanka?

Substance abuse is a significant issue that relates the health of youth. While peer pressure and stress are two significant factors that drive youth towards substance abuse, it is a personal decision. With proper knowledge and enforcement, these things can be prevented. Therefore, life skills education for both, school-going, and out-of school adolescents could be the most appropriate channel to create awareness among adolescents. Smoking, alcohol, and other substance abuse prevention, should be integrated with life skills education. Further, in most developed countries, retail outlets are prohibited from selling tobacco and alcohol to minors, however this is not the case in developing countries. Access to these substances is easy for youth, and given peer pressure and stress, the probability of them being victims of substance abuse is high.

Stigma is a considerable barrier to mental-health service delivery, particularly among young people. Help-seeking behaviour comes less readily to young people who may be evenmore impacted by stigma, embarrassment and the lack of basic knowledge about mentalhealth. The issue of stigma is further challenged by the lack of quality mental-health services in countries such as Sri Lanka.

Increased education and awareness of mental-health conditions is likely to reduce the perceived stigma associated with seeking treatment and disclosing symptoms to professionals and other adults in positions to help. Social-marketing campaigns and national programmatic efforts aimed at raising social awareness of the issues of mental health are a critical next step in the effort to reduce the stigma among young people with mental-health conditions.

Finally, a public-health approach to the prevention of behavioural and mental-health conditions is instrumental in addressing this issue at a national level. This approach includes a range of preventive interventions spanning mental-health promotion, universal prevention, selective interventions and indicated interventions, each of which map onto different levels of risk. A number of school-based programmes focused on promoting competencies such as emotion regulation, social skills, behavioural inhibition and conflict resolution also hold promise for implementation in low resource settings Workplace-based programmes have been also shown to reduce stress and mental health problems of youth.