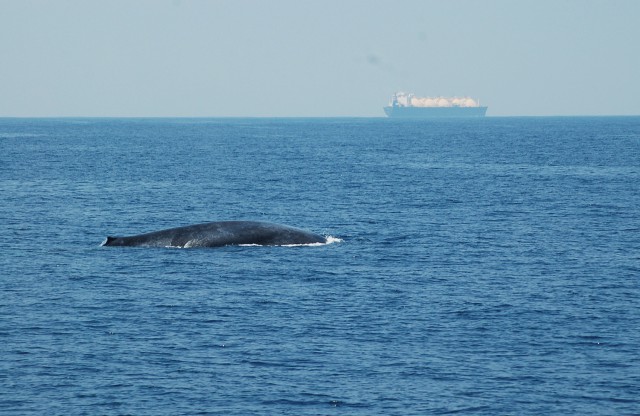 A recent regional workshop of the Indian Ocean Rim Association (IORA) highlighted the critical issues facing the Indian Ocean environment and the implications for the countries that are around it, and benefit from it. Kanchana Wickramasinghe points out that a strong regional collaboration agenda is needed to tackle many of these.

The Indian Ocean presents unique characteristics when compared to other oceanic regions. It covers around 30% of the global ocean area and is home to nearly 30% of the world’s population[1]. The region is also important because of its geophysical and environmental characteristics. The Indian Ocean has the unique characteristic of seasonally-reversing wind and sea surface circulation patterns because the Indian Ocean is landlocked in its northern part. Meanwhile, around 30% of the world’s coral reef cover, 40,000 square Kilometres of mangrove cover, and nine large marine ecosystems and important estuaries are found in this Ocean. With such rich natural resources, the region has a huge potential to provide a number of ‘ecosystem goods and services’ (food, fuel, hydrological cycles, nutrient flows, etc.), useful to the countries located in the rim of the ocean as well as in its interior. Of course, these are in addition to the region’s geostrategic significance and its role in international shipping.

The utilization of the region’s resources is determined by a number of other factors – for example, governance. Governance in the ocean environments is particularly difficult due to its fluid nature. The Indian Ocean’s resources are shared by a number of countries with diverse interests and capabilities. Not all of them have the same level of technology or expertise when it comes to extraction and utilization of the resources.

Most of the Indian Ocean rim countries are developing economies. Moreover, the extraction of certain resources such as minerals can have impacts on the natural oceanic environment and therefore, environmental factors are intrinsically linked to the economic potential of the ocean’s resources. Fisheries and minerals are identified as the most commercially viable industries in the Indian Ocean region.[2]

The economic contribution that the Indian Ocean’s resources make to the countries around, it is immense; for example, fisheries (for commercial purposes as well as a source of protein), ocean-related industries, and tourism. However, recent socio-economic changes in the region have been putting pressure on these resource base. The growing populations in the Indian Ocean region, particularly the increasing densities in the coastal regions, the expansion of cities and the rising middle class, are key factors contributing to this pressure. The resulting uncontrolled development and unsustainable use of resources around the ocean is rapidly becoming a challenge to be addressed. Mangrove and coral reef habitats are being lost due to aggressive economic activities, and unregulated utilization is leading to an over-extraction of resources. Pollution is also affecting the ocean resources and its ecosystems. Additionally, the emerging impacts of global climate change are likely to have negative consequences on the ocean resources, people’s livelihoods that are based on them, and in turn, the economic contribution that the ocean’s resource base can make.

Utilization of ocean resources by the ‘rim countries’ involves multiple actors, multiple uses, and multiple demands in varying scales. So, it is clear that efforts by individual countries are not enough to address the issues faced by the region. There is a clear need for regional collaboration in ensuring better utilization of the Indian Ocean’s resources, as we highlighted in a previous article.

The evidence indicates that international agreements which have been put forward in relation to marine environments have progressed very slowly due to a number of impediments.[3] Some of them include developing country constraints such as human and financial resources, capacity building, technology transfer, limited data and information in some areas, insufficient governance and management capacity, etc. Regional collaboration can be viewed as a must to address these types of issues.

Experts at a recent regional workshop organized by the IPS in collaboration with the Ministry of External Affairs on “Establishing a Centre of Excellence on Ocean Sciences and Environment for the Indian Ocean Rim Countries” (30 June – 1 July, 2014), strongly emphasized the need for regional collaboration. The issues faced by the region were discussed under four themes – ocean resources, energy resources, biosecurity and climate change. As highlighted by the experts of each area, regional collaboration was identified as a must to find solutions for the ongoing environmental challenges and make best use of the ocean for the economies in the region.

A key area for regional collaboration was scientific and policy research – vital for formulating effective regional and national, and sectoral policies. The research should focus on critical areas of interest and continuously update in line with the changing conditions. Capacity building at regional level and financing becomes a key requirement for this. The absence of a centralized data source on the Indian Ocean also need to be addressed through meaningful regional cooperation. Gathering and sharing of data, which is necessary for effective policy formulation, can be facilitated through regional partnerships. Also, technology transfer could be one of the benefits that regional collaboration can bring in. This is particularly important for the region’s developing countries that lack the technologies to make use of the ocean resources. Finally, in order for collaboration to be meaningful and sustainable, it is important to have an effective regional centre which can initiate and maintain close links with all the parties involved in the process. The proposed Centre of Excellence, to be located in Sri Lanka, under the aegis of the Indian Ocean Rim Association (IORA) is envisioned to take the leadership in regional collaboration in relation to ocean sciences and the environment.