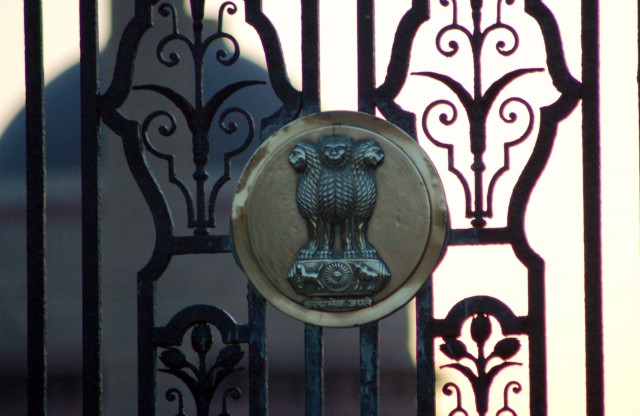 A Special Guest Article by Dr. Rajiv Kumar, Senior Fellow at the Centre for Policy Research (CPR) in New Delhi.

The outcome of Lok Sabha (lower house of the Indian Parliament) elections on May 16th was unexpected and unprecedented over the last three decades. The trend towards more fractured and fragmented outcomes has been reversed decisively. The people have quite clearly risen above regional, provincial and caste concerns to give a resounding majority to Mr. Narendra Modi. In a presidential style election, he has won the people’s mandate to usher a change in India. All over the country, voters apparently did not really care about the particular candidate from Mr. Modi’s Bhartiya Janta Party or the BJP. They voted for him and his promises. This mood was best captured by the BJP itself when it changed its TV advertisements in the midst of the election process, to give prominence to the party’s symbol as some voters had reportedly abstained from voting because they did not find Mr. Modi’s picture on the electronic voting machine. BJP won 178 seats from the 342 rural constituencies as compared to a mere 27 by the Congress. This demonstrates the spread of Mr. Modi’s appeal even to population segments that were hitherto considered to be Congress’s secure vote bank.

Two significant implications for Indo-Sri Lankan relations have emerged from this decisive electoral outcome. These emerged even ahead of Mr. Modi’s taking over as the prime minister. Firstly, by spontaneously inviting the heads of governments of all of India’s neighbouring countries to his Cabinet’s swearing-in, Mr. Modi has demonstrated his decisiveness and that he will run his own foreign policy. All the apprehensions that he will take his directions from the parent organization, the Rahstriy Swayamwewak Sangh (RSS) or allow India’s foreign policy to be hijacked by provincial or narrow sectional interests have been dispelled by this one action. Foreign policy, while taking into account, these concerns, will seek to sub-serve broader national interests. Therefore, Colombo can engage with New Delhi on substantive issues without the constant fear of bilateral relations being held hostage by or having to be reversed due either to the whims of political dispensation in Chennai or right wing formations.

Secondly, Mr. Modi has signalled that India’s neighbourhood will be the focus of his government’s foreign policy. This will be a very welcome change from the earlier dispensation in which the President of the UPA, who wielded real political power, had zero interest in improving India’s relations with its neighbours. As a result, these relations floundered and drifted without any direction, with the government and the party working at cross purposes on many occasions. Quite often bilateral relations with our neighbours were held hostage by provincial leaders pushing their sectarian and sub-national political agendas at the cost of the larger national interest. This will no longer be the case. The decisive mandate won by Mr Modi will ensure that he will have the political legitimacy and authority to define India’s strategic national interests, which in turn will drive the country’s foreign policy. Indo-Sri Lanka relations can henceforth be put on an even keel in pursuit of longer term strategic goals that are mutually beneficial. I cannot visualize Mr. Modi being distracted from his longer term strategic goal of creating abiding ties with India’s neighbours by distractions such as the Rem Sethu, howsoever hard these might be pushed by some sectional interests. In return he will expect Colombo to also pursue a strategic approach towards India and not let minor issues like fishermen rights and events in any Indian province affect bilateral relations

But having been himself a Chief Minister, Mr. Modi recognizes that provincial governments some degrees of freedom to pursue relations with external partners that are of direct benefit to the state. Moreover, he is also committed to pursuing a more consultative and collaborative style of governance with provincial chief ministers. These two features together imply that the Government of India will be able to evolve a more coherent, nuanced and constructive policy stance towards its neighbours in consultation with the state governments. Such a policy will take into account the specific circumstances of our border states and their concerns vis-a-vis the countries across their borders. Thus, a Modi government could take on board the specific concerns of the Tamil population on both sides of the Indo-Sri Lanka border, discuss them bilaterally with Colombo as between two sovereign nation states and come up with constructive and win-win solutions that provide tangible benefits to displaced persons and are supported by their compatriots across the border.

The third benefit for Sri Lanka from a Modi government will emerge from India reverting back to a high growth path. Mr Modi is committed to removing India’s twin governance and infrastructure (including education and health) deficits. This will re-ignite the investment cycle pushing economic growth in India back to the high single digits. Higher economic growth in India has multifaceted benefits for Sri Lanka, whose exporters will find new demand; investors will find newer opportunities; and Indian tourists will flock to Sri Lanka in increasing numbers. An expanding Indian economy will hopefully take away the fears and insecurities of those in Sri Lanka who apprehend a rush of investments and exports from India. These investors will have their hands full in meeting the domestic demand and perhaps absorb more Sri Lankan investments and exports than the other way round. Thus, the long hanging Comprehensive Economic Cooperation Agreement between the two countries could finally be finalised.

But for me the biggest benefit for Sri Lanka will come from accelerated progress of regional economic integration in South Asia which could be part of Mr. Modi’s focus on South Asia. Greater intra-South Asian economic and commercial interaction is the necessary condition for building greater mutual trust, to move towards open borders, and to reverse the process of mutual suspicion and rising insecurity in the region. Mr Modi has a well earned reputation for efficient project execution and for taking on board bold new initiatives for implementation. This could lead Mr Modi to take on ambitious projects like an overland link between Sri Lanka and India and connecting the two countries into a common electricity grid for optimising the exploitation and utilization of the region’s energy resources. Mr. Modi’s likely focus on South Asia holds out a real promise for the emergence of a peaceful, more secure and prosperous South Asia. This will directly benefit Sri Lanka, which has been one of the pioneers in South Asian regional economic cooperation.

Rajiv Kumar, a renowned economist and the author of several books, is currently a Senior Fellow at the Centre for Policy Research (CPR) in New Delhi. Previously he has been the Secretary General of the Federation of Indian Chambers of Commerce and Industry (FICCI) and Director/Chief Executive of the Indian Council for Research on International Economic Relations (ICRIER). Kumar holds a D.Phil. in Economics from Oxford University and a Ph.D from Lucknow University.