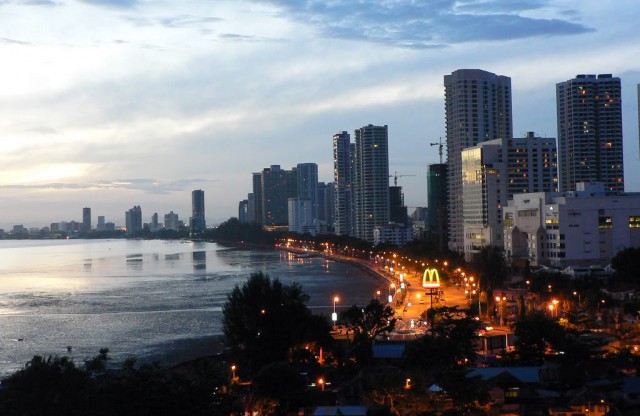 In this third article in the special series ‘Post-war Economy: 5 Years On’ by Anushka Wijesinha and Raveen Ekanayake, Hambantota’s hub ambitions come under the spotlight, and the authors argue that lessons can be learnt from Malaysia in developing a smarter strategy to attract investment.

Over the course of five years since the end of the war, Sri Lanka has embarked on an ambitious physical infrastructure drive, with the aim of taking advantage of the country’s strategic geographical location. With its close proximity to major international shipping lanes and to the Indian subcontinent, Sri Lanka can be positioned as a leading trading hub in South Asia. The once backward agrarian region of Hambantota has been the leading beneficiary of this policy stance. November 2010 witnessed the commissioning of the first phase of the Magampura Mahinda Rajapaksa Port. Meanwhile, the country’s second international airport, constructed at Mattala, was commissioned in March 2013. These are key components of the government’s post-war economic development vision of creating ‘Five Hubs’, articulated in the 2010 strategy document ‘Mahinda Chintana: Idiri Dekma’.

With the aim of maximizing spinoff benefits of both of these two mega infrastructure interventions, the government has been declared them ‘free ports’ and a 1100-hectare Special Economic Zone around the sea port has been earmarked for private investment. The attraction of Foreign Direct Investment (FDI) in particular has been prioritized to kick start industrial progress in the area. Yet, the performance so far has been lackluster, and strategic foreign investments into the area have been slow to come, mirroring the overall picture in the economy of sub-par FDI inflows (just 2.8% increase in 2013).

With questions emerging about the realistic potential of the area, it is a good time to look elsewhere for lessons on what can be done. Malaysia’s ‘Penang Export Hub’ holds salutary insights for Sri Lankan policymakers. The success of the hub is borne out in its development impact – in four decades, Penang’s regional GDP per capita went from being 12% lower than the national average to being 125% higher than the national average.

Penang is a state located on the northwest coast of the Malaysian Peninsula. It comprises of Penang Island, an island of 293 square kilometres located in the Strait of Malacca; and Seberang Perai, a narrow hinterland of 753 square kilometers on the Malay Peninsula. The state is home to 1.5 mn people, however in terms of natural resources relative to its population, it is the least favorably endowed of all states of Malaysia. In 1969, the state government had to take into account the region’s limited agricultural potential and lack of mineral resources, and called for a new strategy to ‘plug in’ the Penang economy into the global economy. It aimed to attract clean industries that required the movement of materials and products by air-transport such as electronics, medical and other precision and machining industries, and high ‘weight-to-value’ products such as household electrical appliances that depend on the shipping port and railways for the movement of material and products.

Under the leadership of its then Chief Minister, Dr. Lim Chong Eu, the electronics sector was chosen for promotion[1]. This was because of its relative labour-intensive nature and its compatibility with Penang’s tourism industry (as electronics is a relatively ‘clean’ manufacturing process). The state government established free trade zones to attract electronics multinational enterprises (MNEs) to set up production facilities in the region. What stands out the most with respect to Penang’s FDI attraction strategy was the way it set about promoting investments to the region.

At the outset, a new statutory body – the Penang Development Corporation (PDC) – was established for coordinating activities of the municipal administration and the state government. The apex policy-making body of the PDC – the State Planning and Development Committee (SPDC) – was chaired by Dr. Lim himself. The PDC operated with the work ethic and management style of a private sector company, with rewards for employees based on productivity and performance. The SPDC took all decisions relating to permission for land acquisition and development. All proposals were reviewed within three months of receipt, correspondence was replied to within seven working days, and responses to complaints were given within 21 working days[2]. PDC used the free-trade zones and industrial estates for focused infrastructure development for successful global integration of the Penang economy.

From its inception, PDC undertook promotion missions to various countries, but they were not ad hoc visits abroad. The promotion campaigns were carefully designed in close collaboration with a foreign consultant who had worked with electronics firms in Singapore. These campaigns very effectively conveyed the message that the Penang peoples’ skills and adaptability could effectively complement the needs of high-tech industries. The PDC also understood the importance of catering to the needs of investors already located in Penang. ‘After sales service’ was viewed just as, if not more, important than the initial promotional work.

Delegations led by the PDC Chairman often called upon CEOs of the export hub’s companies to maintain close relationships, to understand their concerns and address them, and to obtain inputs on a continuously evolving investment promotion campaign. Rather than organizing large, generic seminars and conferences, the PDC opted for a more targeted approach. They would conduct meetings with individual companies so that full attention could be paid to their specific needs and issues could be tackled in a more focused manner. It’s no surprise then, that within a span of five years of its establishment, eight of the world’s top electronics MNEs such as Intel, AMD, Sony, Motorola, Sanyo, Dell and NEC, were operating in the Penang hub, a clear indication of the strategy’s success.

The PDC also played an important role in fostering links between the MNEs and the SME sector, which was key in ensuring good spillovers into the wider economy. Based on close ties with the local business community, Dr. Lim encouraged MNE affiliates to procure components locally and forge subcontracting relationships with local firms. The PDC also encouraged and provided institutional support to MNE affiliates to initiate vendor development programmes to strengthen backward input linkages with local suppliers. The agency was instrumental in developing the required human capital to facilitate the expansion of the industry. By the late 1980s, a skills shortage severely hampered the ability of the electronics firms located in Penang to expand. Given the close links it had forged with MNE affiliates, the PDC recognized this in a timely manner, took the lead role in setting up the Penang Skills Development Center – a successful public-private partnership model which involved MNEs in human capital development. PSDC has been instrumental in ensuring that Penang’s workforce has kept pace with the evolving demands of the industry.

This article does not advocate for a ‘cookie-cutter’ approach – country contexts and initial conditions differ, and must be considered. Rather, the article advocates taking a close look at why Penang succeeded and what transferable lessons can be extracted from it. Firstly, and most crucially, was the focused and strategically-developed investment promotion strategy. Secondly, the active involvement by the Chief Minister in the investment promotion process which sent a clear, consistent message to investors about development priorities and government commitment. Thirdly, post-investment care proved to be an attraction, and agency officials were able to stay abreast of investor requirements and continually adapt their support to the changing investment climate.

Finally, bringing the firms themselves on board to market the Hub globally. Because of the remarkably good relations, the PDC was able to convince the top foreign firms to join overseas investment promotion campaigns, where the foreigners themselves sold the virtues of being located in Penang. This was a unique and powerful signal to prospective investors.

Next Steps for Hambantota

Over four years since the hub strategy was articulated, strong progress has been made on setting up the infrastructure, but much of the foreign investments have not been in to these hubs – they have largely been in tourism and mega property developments in the city of Colombo. If Sri Lanka is to fully harness the power of the mega infrastructure drive, it is clear that a more systematic and strategic approach must be pursued. Sri Lanka will have to seriously rethink which government agency gives leadership to such an effort. The strategy of having the Sri Lanka Ports Authority (SLPA) in charge of attracting investment into the new zone around the Hambantota port and airport is questionable. Without the specialized skills in investment promotion, understanding of investor needs, being attuned to global FDI trends, and an awareness of the underlying economic strengths and weaknesses of Hambantota as a hub – an agency tasked with mobilizing investment into the zone is hardly qualified to do so. A new and specialized unit could be set up – the ‘Magampura Integrated Investment Agency’ – with expertise drawn from the SLPA, Board of Investment, Ministry of Finance, other relevant government officials and independent experts with overseas MNE business development experience (Sri Lankans and foreign nationals). Moreover, the focus needs to be not only on “how do we bring foreign investors into the zone?”, but also on “how do we keep them there?”. Post-investment care, close consultation to understand issues, and credible mechanisms to address investor concerns, must be at the heart of the investment promotion strategy.

What Sri Lanka needs to do now is, like in Penang, design interventions to attract major foreign investors to the special zone around the Hambantota port and airport, and help them become meaningfully embedded in the national economy.

(Anushka Wijesinha is a Research Economist and Raveen Ekanayake is a Research Assistant at the Institute of Policy Studies of Sri Lanka. To read and comment on this article, and others in the special series, visit ‘Talking Economics’ at www.ips.lk/talkingeconomics)

This article draws on the comprehensive review of the Penang case in Athukorala, P. (2012), ‘Growing with Global Production Sharing: The Tale of Penang Export Hub’, Arndt-Corden Department of Economics, Working Paper No. 2011/13, Crawford School of Economics and Government, ANU College of Asia and the Pacific, Canberra.

[1] Broadly defined to include both electronics and electrical goods

[2] Singh, Chet (2011), Institutions for Regional Development: The PDC as I know It (1970-90)’, in Institute for Strategic and International Studies (ISIS), Malaysia: Policies and Issues in Economic Development, Kuala Lumpur: ISIS, 597-622.