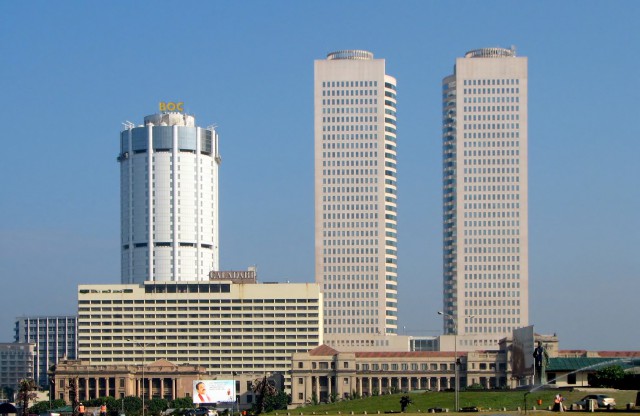 Quite rightly, the Central Bank of Sri Lanka (CBSL) can take its share of credit for this success, especially in view of historic high and volatile inflation rates of the past. Indeed, the scale of monetary stability becomes clear when considering the fact that inflation rates hit a peak of 22.6 per cent in only 2008 before settling to single digit levels from February 2009.

Despite five years of a moderate inflationary environment and higher average economic growth during that period, private investment trends have been modest. The monetary authorities are struggling to revive credit appetite in spite of signaling the end of a tight monetary policy stance way back in December 2012. Credit growth to the private sector was extremely sluggish at 7.5 per cent in 2013. It has continued in the same vein so far in 2014, recording a growth of only 4.4 per cent year-on-year in February.

The private sector thus seems to be rather indifferent to the successful slaying of Sri Lanka’s inflation bogey, and inducements to borrow for investment. The latter has been pushed through an aggressive easing of monetary policy: a 25 basis point reduction in policy rates in December 2012, followed by a further rate reduction of 50 basis points in May 2013;slashing the Statutory Reserve Requirement (SRR) of Licensed Commercial Banks (LCBs) by 2 percentage points from 8 per cent to 6 per cent in June 2013; requiring all LCBs to reduce penal rates of interest charged on all loans and advances including credit facilities already granted to a level not exceeding 2 per cent per annum, whilst finance and leasing companies were requested to reduce the penal rate of interest to 3 per cent per annum from August 2013; and a further policy rate cut of 50 basis points in October 2013.

The reasons for the overdue credit pick-up are perhaps partly explained by Sri Lanka’s growth pattern of recent years. Much of the higher growth is coming from non-tradable services sectors and industry sectors such as construction and utilities. Many of these also have large state involvement. Booming sectors where businesses can plug-in investments is more limited than the overall high GDP growth numbers would suggest. Not surprising then that in times of credit growth, much of it goes into consumption and related sectors.

A second explanation lies in past over-kill in pushing credit up-take by the private sector. Sri Lanka found itself grappling with a more complex monetary and exchange rate policy setting post-2007 in the face of high domestic demand financed by external debt. As capital flows in, if monetary authorities choose to intervene in the foreign exchange market to hold the currency from appreciating, it leads to an expansion in the monetary base and the potential for greater liquidity in the economy and excessive credit growth.

There was excessive credit growth in 2007-08, alongside rising inflationary pressure. The monetary policy response was slow, allowing real interest rates to be negative over time, fuelling a culture of ‘cheap credit’ (Figure 1). Credit growth to the private sector peaked at over 25 per cent in mid-2007, with significant growth in consumption and housing related loans, before being brought under control by year end. Despite high inflation and a sharply deteriorating current account, intervention to maintain stability in the exchange rate saw Sri Lanka teetering on the edge of a balance of payments crisis, averted after an agreement with the IMF in 2009. The reckoning came in the form of lower growth and a weakened private sector appetite for credit.

From mid-2010, Sri Lanka once again began to push for private sector credit growth. Policy rate adjustments, abandoned in favour of reserve money as the primary operating target for monetary policy in 2007, got underway from mid-2009. The banking sector, yet to fully recover from the excesses of the preceding credit boom that saw gross non-performing loans (NPL) ratios rise to 8.5 per cent in 2009 were subject to moral suasion to speed up lending to the private sector. Credit growth to the private sector accelerated from mid-2010 – even as policy rates remained unchanged throughout 2011 – fuelling an import surge and precipitating the imposition of a mandatory ceiling on commercial bank credit growth. Sri Lanka once again tried to hold the currency steady against a sharply deteriorating current account and was compelled to change direction by reversing import tariff reductions and adopting a flexible exchange rate policy in February 2012.

The latest round of monetary policy easing comes in the wake of a doubling of credit growth to the private sector between 2009 and 2012. It is perhaps not surprising that the credit overload of the past is still to work its way through the economy, deterring fresh uptake by the private sector. Such excesses constrict not only investors, but also the financial sector as well.

Credit booms have been fuelled by consumption (Figure 2). In 2010-12, the take-off in pawning-related consumption lending that suffered subsequent to a drop in gold prices added to the distress. With a slower rate of economic output post-2012, the combined impact has been to expose the banking sector to rising NPLs just as the ratio stabilized after the last credit bout. The gross NPL ratio for banks climbed sharply to 5.6 per cent in 2013 while that for the non-bank finance institutions (NBFIs) rose to 6.7 per cent.

Another casualty of the recent credit booms has been the NBFIs. The environment of ‘cheap credit’ during 2007-08 proved a trigger point for the collapse of a number of financial institutions. A total of eight NBFIs faced liquidity problems in 2009. In spite of this, the sector continued to grow, with eight Specialized Leasing Companies (SLCs) elevated to Licensed Finance Companies and six new licenses issued to LFCs post-2009, bringing the total NBFIs to 58 (48 LFCs and 10 SLCs) by 2013.

“Whilst it undoubtedly has long term objectives, the immediate concern is primarily to minimize systemic risks posed by deposit taking institutions deemed to be at some risk”

On the heels of yet another NBFI facing liquidity problems in 2013, the CBSL announced a proposed financial sector consolidation plan. Whilst it undoubtedly has long term objectives, the immediate concern is primarily to minimize systemic risks posed by deposit taking institutions deemed to be at some risk. The immediate consolidation process aims to bring down the numbers of NBFIs from 58 to 20. These have been divided into three categories of A (19 NBFIs), B (38 NFBIs), and C (1 NBFIs). Category B NBFIs are to merge with local banks or Category A NBFIs, or merge among themselves so that they fulfill conditions of Category A NBFIs, the most important being an asset base of over Rs. 8 billion.

Whilst financial sector consolidation is in the right direction, obligatory mergers and acquisitions may not be the most efficient way to set about it. In the long term, efficient financial intermediation to support economic growth and stability comes from prudent monetary and exchange rate policy management, and regulatory oversight. The Sri Lankan economy has been subject to ‘stop-go’ policy cycles since 2008 – an acutely unsettling phenomenon for private sector investors. A moderate inflationary environment alone will not induce greater investor appetite. Investors and financial institutions must be also offered a measure of policy consistency and stability, be it in setting exchange rate policy, interest rates or other regulatory requirements.