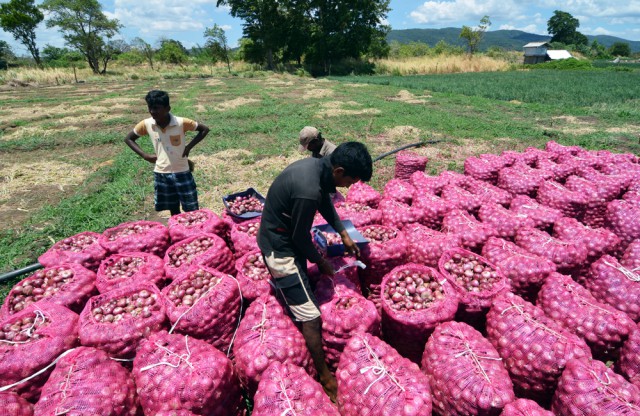 Article to Mark International Day for Biodiversity (22nd May)

“Over seven hundred onion farmers in the Dambulla area suffered losses due to substandard seeds bought from a private company in the area. Farmers in the area stated that they had to depend on this imported Indian variety. According to the existing laws, farmers who are affected are not able to get any compensation from companies or from the government. They had to bear the entire loss which was estimated around 25 Million”. This report was just one of many recent news items from across Sri Lanka about substandard seeds being distributed to farmers. Who is responsible for reining this in? Can farmers get their money back from seed dealers? Why do farmers have to depend on imported seed varieties? What is the government doing to tackle it? These are some of the questions being raised by farmer societies, seed companies and policy makers. This article analyses the existing seed protection system in Sri Lanka, and discusses the changes that are being proposed under a new Seed Act.

What Seeds Are Produced in Sri Lanka?

Before delving into the regulatory aspects of seed production, it’s useful to explore the nature of seed production in the country. There are three major generations in rice seed production: breeder seeds, basic seeds and certified seeds[1]. Breeder seeds are produced by the Department of Agriculture (DoA) at their Rice Research Development Institutes (RRDI). It is then multiplied at DoA farms to produce basic seeds. These basic seeds are then distributed to the public and private sector to produce certified, quality-assured rice seeds. Currently, it is the government and farmers who are mainly involved in producing rice seeds in Sri Lanka. According to the Department of Agriculture, there are nearly 800 farmers who are engaged in this. The majority of farmers had been contract seed growers of the Department of Agriculture (DoA) in the past and so they possess the technical know-how to produce quality seeds, and are recognized as good seed producers at the village level.

In 2012, over 2,300 permits were issued for seed imports, of which 30% were for vegetable seeds, and for plant and planting materials imports

Until the late 1980s, seed production in Sri Lanka was handled solely by the government. Since 1984, the private sector started to import seeds, and subsequently (in the 1990s) got into seed production. With more private sector involvement in seed production, the government introduced the National Seed Policy in 1996 to ensure high quality of the seeds. Its main objective was to establish viable seed enterprises for local farmers, and help them access high quality seeds and planting materials. Yet, this was not entirely successful and problems with regard to seed quality began to emerge. So in 2003, the government enacted the Seed Act No 22 of 2003, to regulate the quality of seed and planting materials, and to safeguard farmers as well as the seed handler from malpractices that would harm the seed industry of the country. Although it was passed in 2003, the Act came into practice only in 2008. By now, around 1,926 seed handlers have been registered under this Act, and a National Seed Council has also been established. The main responsible institutions in seed production are the Ministry of Agriculture and the DoA. Two institutions in the DoA, in particular, are responsible for seed production, marketing, and distribution in the country – the Seed Certification and Plant Protection Centre (SCPPC) and the Seed and Planting Material Development Centre (SPMDC). The main objective of the SCPCC is to promote seed industry development and assure the quality of seeds and planting materials.The SPMDC performs regulatory functions pertaining to assuring the quality of seeds and planting materials available to farmers. The SPMDC is also responsible in implementing the Seed Act.

Moves are underway to introduce a new Seed Act, and several debates are going on about its merits and demerits. There are some critical gaps in the current legislation that can be tackled under a new one. Firstly, under the current system, there is no compensation system for farmers who are victims of substandard seeds. Farmers who buy seeds from unregistered dealers face issues like lower yields and lower productivity, and sometimes even unexpected outcomes like the crop turning out to be of a totally different variety to what was planted. Farmers themselves have to bear the costs of this fallout. As Sri Lanka continues to depend on imported seed varieties, especially for hybrid vegetables, the risk of farmers falling into this trap is higher.

Moves are underway to introduce a new Seed Act, and several debates are going on about its merits and demerits. There are some critical gaps in the current legislation that can be tackled under a new one[/pulllquote]

It is essential that a robust compensation system for farmers is provided for. Secondly, the existing Act, implement ten years ago, does not take into account changes that have taken place in Sri Lanka’s agricultural sector. With the introduction of new technology in agriculture, new developments like the introduction of genetically modified seeds have occurred. Therefore, the existing Act needs to be changed to address new issues that emerge from this. Thirdly, the National Seeds Council needs further strengthening and the proposed bill seeks to do that. There will be a Seed and Planting Material Technical Advisory Committee, consisting of the Director General of Agriculture, experts in the field, dealers in seed and planting materials, and other stakeholders. Fourthly, the existing legislature has not given due consideration to the important area of traditional crop varieties. There is no legal framework at present to protect traditional agricultural crop varieties and plant genetic resources. The proposed new Act states that “Rules and guidelines to confirm the identity of traditional agricultural crop varieties and of crop varieties important to agriculture maintained by the farmers shall be prepared by the varietal release committee and they shall be published by the Director-General”[2], and the task of protecting plant genetic resources will be given to the Plant Genetic Resource Center (PGRC) of the DoA. Finally, given that there are several institutes involved in this area of seeds and planting material, coordination has been problematic. The new Act has proposed the appointment of a Registrar responsible for supervising, coordinating and assisting in implementation of the Act.

Among the criticisms of the proposed Act is that it will restrict farmers from exchanging seeds with fellow farmers at the village level, due to tighter rules on certification of seed handlers. This concern stems from a clause in the proposed Act which states that “all seed and planting material handlers have to be registered and need to obtain a certificate”[3] . However, this concern is misplaced, as it has since been made clear that the rule will only apply for commercial activities. Another area of concern has been the section on offences and penalty[4] which states that any person who is found guilty of violating the terms of the proposed Act will be fined a minimum of Rs. 50,000 and imprisoned for six months. Former government officials familiar with this area, as well as farmers, are concerned about this high minimum fine, and the lack of mention of any upper limit on the fine. This has to be made much clearer. The proposed Act also empowers the Director General of Agriculture, the Registrar, Assistant Registrars, and other authorized officers to inspect and monitor the premises of seed and planting material handlers, obtain relevant information, reports and documents, samples of seed and planting material as and when necessary. To avoid any lack of transparency in the case of disputes, it would be best to have an independent monitoring body or at least a credible appeals system.

Is a New Seed Act Needed?

Yes. A revisit of the existing legislation is timely, as it is clear that the gaps in the current laws will be addressed with a new Act. Presently, only 20-25% of seed and planting material used in the country comes from registered producers; the rest is from unregistered sources. This is hardly a desirable scenario. Meanwhile, much of the seed supply to Sri Lanka is imported and the private sector plays a major role in seed supply. It is important to have a proper system where only registered producers can supply seeds, to ensure the quality of the seeds and also to guarantee high productivity and yields. This in turn will ensure that farmers are not left in the lurch due to substandard seeds. The proposed legislation has the potential to achieve this and more, by creating a win-win situation for both farmers and seed suppliers.

Note: The proposed Bill is currently being finalized at the Legal Draftsmen’s office. It will then be forwarded to a Cabinet Sub-Committee, before being drafted as an Act to be debated in Parliament.