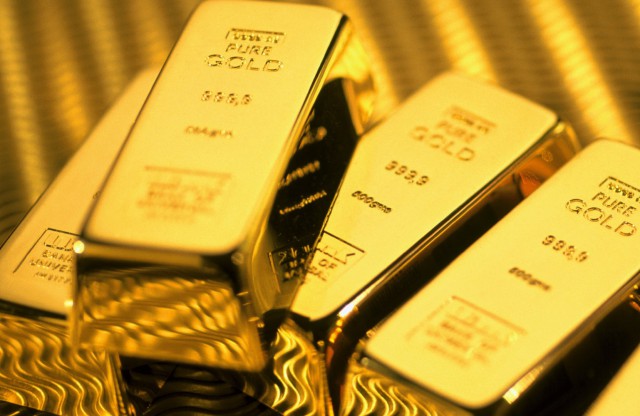 Sri Lankan authorities often point out that Sri Lanka has not been as badly affected by the Federal Reserve’s tapering of quantitative easing (QE) as other emerging/frontier economies. In a conventional sense, this may be correct. Countries like India, Indonesia and several other emerging economies have experienced currencies depreciating significantly along with a rise in domestic interest rates, resulting in a growth slowdown post June 2013. A lot of this was as a result of foreign investors in debt and equity markets selling out of domestic assets.

Sri Lanka faced some early manifestations of QE tapering in June 2013 as the Sri Lankan Rupee depreciated by around 6 per cent to a record low of 134 to the US Dollar as some foreign investors sold government debt holdings. However this was largely contained, as the total sales of such securities were not very significant. The majority of foreign investments in Sri Lankan debt are by large institutional funds, most of whom are long term players who hold to maturity. Their investment decision is based on the yield spread between Sri Lankan government securities and benchmark US government securities, factoring in a provision for currency depreciation. For example, the yield on a 5 year Sri Lankan treasury is around 7% whilst the 5 year US treasury yields around 1.75%. Factoring in a historical average 4% per annum Rupee depreciation, still leaves a clear 1.25% margin on the Government of Sri Lanka paper, which is still somewhat attractive for investors[i].

Today the Sri Lankan Rupee has recovered its mid 2013 losses to a great extent and the level of foreign holdings of government securities is similar to what it was pre- US tapering announcements in May 2013. In fact, after tapering actually commenced in December, the Rupee has gained in value and foreign investments in treasuries has also increased. Therefore on paper it appears that there hasn’t been much impact from the US taper.

There has however been a more subtle but very significant impact of tapering on the Sri Lankan economy. One of the more puzzling phenomena noted in recent months has been the lack of credit growth in the economy despite interest rates dropping to near record low levels since mid-2013. Part of the answer to this is connected to US tapering.

Pawning is the name given to the practice of lending by using gold as collateral. This has been going on in Sri Lanka for many years, and has been an important aspect of financial inclusion since for most of rural Sri Lanka, gold jewelry has been the only plausible asset that can be used as collateral to access financial markets. The commercial banking sector[ii] had little or no involvement in pawning, with this segment of financial markets being dominated by finance companies and specialized pawning agencies. However, in recent years, with the rise in price of gold, pawning increased exponentially.

Traditionally, the practice has been to lend up to around 65 per cent of the value of pawned gold (loan to value ratio), and as the price of gold increased post 2008, the lending against gold increased significantly. As more banks got involved in pawning, competition increased, with the key element in competitiveness being the quantum of lending per sovereign. Accordingly, loan to value ratios also edged up beyond 85 per cent in some cases. This resulted in a massive expansion in credit due to pawning. In effect, there was a Rs. 320 billion monetary stimulus between 2010 and 2012. Furthermore, a significant proportion of borrowing against gold is by lower income rural and agricultural communities, therefore much of this borrowing is for consumption, which has significant multiplier effects on overall aggregate demand as well.

The period in which pawning expanded coincided with some of the sharpest increases in lending to the private sector. In the three years between 2010 and 2012, out of total growth in lending to the private sector of Rs. 1,156 bn, approximately 27 per cent was due to growth in pawning. This would have no doubt contributed to the rapid rise in economic activity seen during that time as well.

Global demand for gold can be divided into physical demand and investment demand. Physical demand is primarily for jewelry and in high tech electronics. The rise in global demand for gold since 2008 is primarily due to investment demand associated with quantitative easing. With the advent of QE, investment in gold increased as a hedge against perceived future inflation and against currency debasement as the US Dollar depreciated when the US Federal Reserve expanded its balance sheet. The price of gold increased exponentially, enabling significant increases in lending against gold in Sri Lanka. The gold bubble began to deflate in September 2012, however, at that time a depreciation of the Sri Lankan Rupee in mid-2012 ensured the domestic price of gold decline was not felt significantly. The impacts of the decline in gold prices in Sri Lanka began around March 2013, when the Cyprus crisis struck, and took on a very pronounced effect post taper announcements in May 2013. Towards the end of 2013 as tapering commenced, gold prices crashed below the US$ 1,200 per ounce mark. They have since recovered slightly on the back of global risk aversion due to crises in Ukraine and several other emerging economies, but will not return to peak levels. With the crash in gold prices, lending against gold has declined significantly in Sri Lanka. This has been due to a decline in both the value of gold against which credit can be lent and a decline in loan to value ratios to past levels. By the end of 2013, total outstanding lending against gold had declined by around Rs. 143 bn, in effect a major monetary contraction. To put this figure in context, total increase in lending to the private sector in 2013 was around Rs. 175 bn. This monetary contraction, coupled with fiscal tightening in 2012 and 2013 in the form of reduced energy subsidies, would have been an important contributor to reduced aggregate demand in the Sri Lankan economy.

Going forward, the pawning increases of 2010-2012 are unlikely to be repeated, and therefore we may not see the levels of credit growth in Sri Lanka experienced in 2010 and 2011, which were important contributors to economic growth. Banks have curtailed their lending against gold and as pawning Non-performing Loans (NPLs) have increased, it is understandable that a degree of risk aversion takes hold. Therefore US tapering has in fact had a very significant impact on the Sri Lankan economy, in terms of monetary contraction, consumption, bank asset quality and also in terms of financial inclusion.

The author is a former researcher at the IPS. The views expressed in this article are those of the author alone and do not necessarily represent the position of any of the institutions that the authors is associated with, or of the Institute of Policy Studies of Sri Lanka. The author can be contacted on deshald@gmail.com

[i] However, pre tapering, the carry effect was far higher. In April 2012 for instance, the Sri Lankan 5 year treasury was trading at around 14 per cent and the US 5 year was at 0.7 per cent – giving a 9.5 per centmargin after accounting for 4 per cent depreciation.

[ii] Except for one public bank