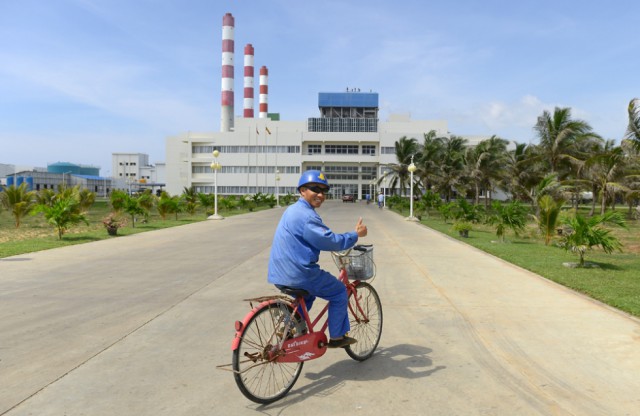 Although China–Sri Lanka trade had been growing steadily beforehand, China was not a large trading partner of Sri Lanka until 2005, which was a turning point in China–Sri Lankan economic relations. In the mid-2000s, China was increasingly asserting its global power via bilateral loans for developing countries in Asia and other continents. In Sri Lanka, a new government was looking for unconditional loans with negotiable repayment periods to defeat a drawn-out separatist war and develop neglected infrastructure in the country.

The fusion of both these interests led to Chinese assistance, first in the form of arms and ammunition to win the war and then an overwhelming financial inflow for development of infrastructure projects — so much so that, by 2010, China had become the largest foreign finance partner of Sri Lanka. With so many Chinese projects in operation in Sri Lanka, trade with China has also increased during the last eight years with a widening  trade imbalance against Sri Lanka

China (including Hong Kong) was Sri Lanka’s third largest trading partner in 2012. Its imports amounted to 17.1 per cent of Sri Lankan imports (the second largest import source after India, which accounts for 19 per cent). Exports to China amounted to 2.3 per cent of Sri Lankan overall exports, making it the fifth largest export destination after the US, the EU, India and Russia. Sri Lankan exports to China are less than USD$300 million, and are predominately made up of coconut coir, rubber, tea, apparel, and gems and jewellery. By contrast, Sri Lankan imports from China now exceed USD$3 billion and are mostly made up of machinery, fabrics, apparel accessories, cotton, and fertiliser. Since 2000, some Sri Lankan products have had preferential access to the Chinese market via the Asia-Pacific Trade Agreement, however the preferential margins have mostly been between 20 to 50 per cent, and have therefore been less effective as a trade driver. Economic downturns in Sri Lanka’s major export markets in the US and the EU, in addition to the decline in the country’s exports from 26 per cent of GDP in 2005 to 17 per cent of GDP in 2012, have compelled it to find new and growing markets for exports.  Hence in May 2013, taking into account the growing economic links with China, Sri Lanka proposed an FTA, to which China readily agreed.

Challenges, however, are legion. Given that Chinese consumer durables are cheap and have dealt a severe blow, for instance, to the Indian toy industry even without preferential tariffs, Sri Lanka needs to prepare a well-conceived ‘negative list’ that takes into account the recent emphasis on import substitution products by its government. Moreover, technology transfers from Chinese projects in Sri Lanka have been minimal.  For instance, following the frequent breakdowns of a Chinese-built coal power project, engineers from China were called in to repair the plant. With the trade-investment nexus stimulated by the FTA, Sri Lanka is bound to attract more Chinese investment with limited technology transfers. Addressing this issue in the FTA will remain a challenge.

Sri Lanka has a bilateral FTA with India which has worked in favour of Sri Lanka despite some problems during the initial years. An FTA between a large and a small country always poses challenges as stakeholders in the smaller country fear that the larger country will be the overall beneficiary at the expense of the smaller country. Thus a few lessons from the India-Sri Lanka FTA may be useful in the design of the FTA between China and Sri Lanka.

Firstly, taking into account the asymmetry between the two countries, India offered Special and Differential Treatment to Sri Lanka, featuring a larger ‘negative list’, a longer tariff liberalisation period, and more favourable rules of origin, among other things. These concessions were useful in order to obtain support from all stakeholders in implementing and deepening tariff cuts in the FTA. Secondly, the removal of non-tariff barriers (NTBs) was only a verbal understanding in the FTA between Sri Lanka and India which did not take place in practice. The removal of NTBs with preferential tariffs should be binding for an effective FTA with China. Thirdly, Sri Lanka does not have adequate products (limited diversification) or enough supply capacity of existing products to make full use of the FTA.

For example, there is a strong demand for strawberries in Southern India which Sri Lanka is unable to fulfil under current production limitations. In such cases, Indian joint ventures with Sri Lankan firms with buy-back arrangements in India have been of assistance. Fourthly, India took unilateral action and imposed quotas and canalisation when Vanaspati vegetable oil exports from Sri Lanka led to the closure of the Indian Vanaspati Industry during 2005-2006. These actions created ill will toward the FTA among Sri Lankan entrepreneurs and prevented the conversion of the agreement into a Comprehensive Economic Partnership Agreement. It is therefore essential to have a strong Dispute Settlement Mechanism in the FTA.

These are some of the key technical areas that have to be addressed in the proposed China–Sri Lanka FTA to ensure a ‘win-win’ situation for both countries. Needless to say, with a strong Chinese presence in the region, the management of growing Indian geo-political concerns will be a key political challenge for Sri Lanka.

(This article originally appears in the East Asia Forum, a blog of the Australian National University’s East Asian Bureau of Economic Research)