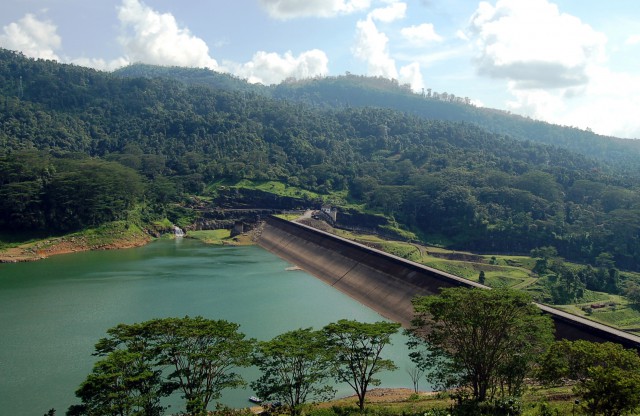 Water and energy are linked with an eternal bond. Many countries blessed with rivers and waterfalls have harnessed their inherent kinetic energy through hydro-electricity in fulfilling their energy needs. Sri Lanka is one such country. But the rising demand for electricity and the limited generation potential of existing hydro plants have reduced the relative contribution of hydro power in the country’s electricity generation. As a solution to this, Sri Lanka has taken a policy decision to move towards thermal and coal for electricity generation. However, this is leading to issues such as rising electricity prices and negative environmental externalities. The challenge for countries like Sri Lanka is to redefine the water-energy nexus to find sustainable solutions for the future.

Electricity Demand on the Rise, Supply Mix is Debatable

Sri Lanka faces an increasing demand for electricity. This has grown gradually over time where the increase in the average per capita electricity consumption from 2010 to 2012 was 14.6%. Approximately, 94% of households are provided with electricity and the government is determined to raise this to 100%. Further, the country provides grid electricity to about 80% of households, while around 3% of households use off-grid systems. At the moment, about 40% of electrical energy is used in households, 40% in manufacturing industry and the rest in the commercial sector[i]. It is widely claimed that all available significant sources of hydro potential have been exhausted and the possibility of further expansion is rather limited. However, hydro power is the least-cost electricity source for many countries. Research done by the United States Geological Survey (USGS) shows that hydroelectricity systems have a life time of close to 100 years, produce clean and green energy, and help to stabilize the price effects of coal and oil power systems[iii]. Hydro power generation potential has two major sources – conventional hydro power and non-conventional hydro power. Conventional hydro, also known as ‘major hydro’, refers to large hydro power generation facilities that have been in operation since the early periods of the energy industry in Sri Lanka. This includes power plants such as Laxapana, Norton and Maussakele, and stations established under the Mahaweli scheme like Randenigala, Victoria, and Kotmale. The major hydro schemes that are being newly developed include Upper Kotmale, Broadlands, Uma Oya and Monaragala. Today, it seems that whilst the demand for electricity is continuously increasing, the exploitable capacity of major hydropower is stagnating.

On the other hand, non-conventional hydro is a term that refers to small scale, grid-connected hydro resources. In the past 15 years, there was a growth in non-conventional hydro, with capacity additions surpassing 180 MW of grid power, generating more than 4% of the total capacity. A considerable portion of small hydro potential remains to be explored. These have capacities varying from a few hundred kW to 40 MW. Some studies have estimated the total potential to be around 500MW[iv].

The Challenge: Generation Mix and Three Questions to Ask

Overall, it seems Sri Lanka’s capacity for further expansion of hydroelectric potential – in both large and small developments – is limited. As such, Sri Lanka’s electricity generating system (currently dominated by oil-fired electricity generation) is likely to be led by coal-fired power plants in the future – being the cheapest alternative to oil-fired generation. The share of hydropower is estimated to reduce from 40.2% in 2007 to 19.5% by 2020, while coal-fired thermal generation is estimated to reach 70.9% by 2020[v]. Furthermore, there is ample evidence to suggest that Sri Lanka’s climate has already changed.

“leaning towards coal as a long-term solution needs rethinking”

Variability of both southwest monsoon and northeast monsoon rains and rains of convectional origin during inter-monsoon seasons has increased significantly in recent decades. These changes will have direct impacts on water availability for hydro power generation. Meanwhile, the dependency on coal may also increase electricity prices and negative environmental externalities. A recent study done by Harvard University reports that the life-cycle effects of coal, and the waste stream generated, is costing the U.S. public between a third to over half a trillion dollars annually[vi]. Moreover, many of these externalities are cumulative. When the environmental damages are accounted for, the price of a unit of electricity generated by a unit of coal is higher than any other renewable resource, especially hydro. Therefore, leaning towards coal as a long-term solution needs rethinking.

Against this backdrop, it is essential to ask some basic questions – (1) Are there any management practices that can be employed to increase the efficiency in hydro power generation?; (2) What are new innovations that could boost the efficiency of hydro power generation?; and (3) How can the adverse impacts that climate change would have on generating power through hydro be addressed?.

“deforestation and soil erosion has caused siltation in many of the major reservoirs, significantly reducing their water holding capacities”

Better management of these areas could improve water storage of existing reservoirs, allowing more water to be available for power generation over a longer period of time. Today, deforestation and soil erosion has caused siltation in many of the major reservoirs, significantly reducing their water holding capacities. Therefore, it might be useful to protect these catchments areas, and manage them properly to ensure larger storages during rainy seasons.

Many new innovations that are emerging can boost the performance of hydro power generation systems, for instance Pump Water Storage Power Plants (PWSPP). These systems allow the pumping of water from lower reservoirs to upper reservoirs using renewable energy such as solar power. These storage mechanisms have been reported to possess efficiency levels of around 85%[vii]. Some studies on implementing this in Sri Lanka are now underway. Potential capacity improvements have been assessed for sites such as Samanalawewa (Keriketi Oya), Maussakele (Adam’s peak falls), Randenigala (Halgran Oya), Kotmale (Maha Oya, Gurugal Oya, Kada Oya) and Upper Kotmale (Dambagatalawa, Agra Oya)[viii].

Climate change has created drastic changes to rainfall patterns. In the long run, wet zones will receive more rainfall while dry areas become drier. Rainfall will not be evenly distributed and rainfall intensities will be higher. Therefore, water collection and release plans, reservoir and dam maintenance and reconstruction plans need to be geared to tackle these changes. By doing so, it would be possible to avoid unfortunate situations where dams are closed for repairs during periods of ample rainfall.

Finally, it can be argued that it is still too early for Sri Lanka to focus overwhelmingly on coal energy for the future. Even though hydro will not be sufficient to cater to the growing electricity demand in Sri Lanka, there is additional potential that can be explored. With focused research on better management practices and innovations, the contribution from hydro could well be more than the 19.5% by 2020 as currently predicted by energy planners.

(*Chatura Rodrigo is a Research Economist and Dr. Athula Senaratne is a Research Fellow in the Environmental Economics Policy Unit of IPS)

[v] Ceylon Electricity Board, 2009, “ The Electricity Act of 2009 and the Development in the Sector”, Government of Sri Lanka.

[vii] Abeygunawardana, A, 2013, “ Towards Sustainable Energy in the Power Sector”, Presentation made at the Conference Organized by, Energy Forum, Sri Lanka.