Can Sri Lanka Learn from the Korean SME Promotion Strategy? 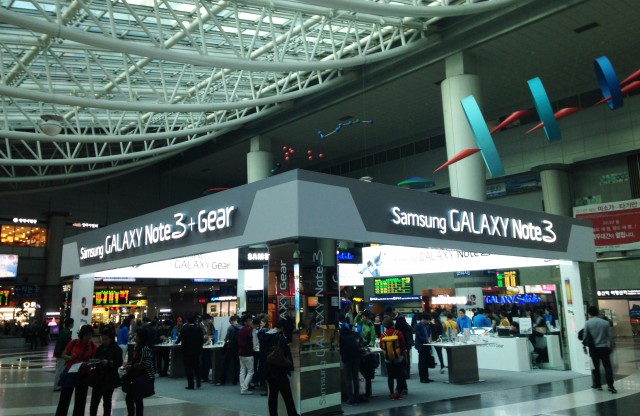 Korea is no stranger to economic hardship, recovery, and progress. The Korean War during 1950-53 took 1.5 million lives and destroyed close to 40% of the country’s industrial facilities. Yet, it overcame this turbulent history to become a developed country in less than a generation – an achievement fondly referred to as ‘The Miracle on the Han River’. As it joins the ranks of ‘donor’ countries, a key part of Korea’s growing international cooperation is in the form of ‘knowledge sharing’ – essentially sharing the Korean success story and its policy lessons. Last week, a team of experts from Korea, who had been tasked with developing recommendations on five policy areas for Sri Lanka, submitted their final report to the Sri Lankan authorities. Their work was conducted under the ‘Knowledge Sharing Program’ of the Korea Development Institute’s (KDI) School of Public Policy and Management, and looked at SMEs, food processing industry, technical, vocational education and training (TVET), FDI, and techno-entrepreneurship. I was particularly interested when I read the news of this visit as I just completed a Visiting Fellowship at the KDI where my key research area was on industrial policy in Korea, with a special focus on SMEs. In the final research paper, I put forward some thoughts on aspects of the Korean SME development that may hold lessons for Sri Lanka. This article highlights some of those ideas for further debate.

With a combination of strong state leadership, policies based on expert advice, and a strategic approach to economic development, Korea quickly emerged as an industrial powerhouse. In this transformation, SMEs were certainly not the headline story. It was the ‘chaebols’; the large private conglomerates that led the country’s Heavy and Chemical Industries (HCI) drive like Hyundai, Samsung, Daewoo, and LG. But the SME sector was indeed a key part of this story. The growth of these large firms paved the way for the development of SMEs, as they required a wide range of parts and intermediate goods in their manufacturing. It is at this stage that government policy support for SMEs began. The first, and groundbreaking, step was the introduction of the Basic Small Business Act as far back as 1966. Since then Korea has introduced over 15 legislative measures and policy initiatives to support SME development during various stages of its industrialization.

Some of the key features of state support for SMEs in Korea revolved around two pillars – ‘protection’ and ‘promotion’. As extensively reviewed in the paper, Korea adopted many policies to restrict and reserve certain sectors for SMEs exclusively in order to enhance market access for SMEs. Concurrently, it adopted several promotional measures in various aspects – improving SME financing, encouraging linkages between SMEs and large enterprises, enhancing SMEs technical capabilities, and stimulating SME start-ups and new venture businesses.

Having reviewed the experience of Korea with respect to the above, the paper argued that Sri Lanka cannot (and probably should not aim to) follow Korea’s example with regard to the first pillar -‘protection’ – but should certainly draw from the second – ‘promotion’. The reasons for not drawing from the protection pillar are many. SME-mandated institutions in Sri Lanka are too scattered and ill equipped to effectively identify SME-specific markets and monitor their reservation for SMEs. Undertaking such measures without strong and capable experts could prove disastrous. Moreover, Sri Lanka’s present industrial context is not the same as Korea’s when it first began and so would be inappropriate to emulate. As Korea later recognized as well (following liberalization and deregulation in the early 1990s), such protection policies do have negative consequences (inefficiency, over investment in less-than-profitable activities, etc.) and could lead to skewing of the competitive landscape of the economy.

Yet some of the ‘promotion’ measures, for instance, in access to finance and expanding markets, could hold valuable lessons.

As widely acknowledged in Sri Lanka, access to finance is a significant and persistent challenge in the SME sector, despite successive rounds of concessional loan schemes by the government as well as aid donors. In that context, Sri Lanka could learn from the array of strong and comprehensive measures adopted by Korea on boosting SME lending. One such example is the Korea Credit Guarantee Fund (KCGF), now Korea Credit (KODIT). There is an urgent need for Sri Lanka to establish a similar national institution – a SME Credit Guarantee Fund (SCGF). The institution ought to be separate from the Central Bank of Sri Lanka and function independently. Capital (funding) for it can come in part from the government and in part from private commercial banks. For instance, in the KODIT case, all banks pay in an annual 0.225% of total outstanding loans into the fund (0.5% in early years). The SCGF ought to have multiple regional branches to cater to SMEs where they are located and in line with the government vision of developing ‘lagging regions’. Like in KODIT, qualified graduates ideally from a business administration or management background, working as analysts, must staff it. The SCGF can provide between 75 – 90% of loan coverage for an SME seeking a loan facility, which is offered following a credit rating exercise done by it (possibly using credit information from the Credit Information Bureau that already exists in Sri Lanka). Under the Knowledge Sharing Partnership, there could be a government-to-government capacity building effort to help Sri Lanka establish an SCGF, learning from KODIT. The impact of KODIT is impressive; as I learnt during an in-depth discussion I had with a Deputy Director there, Mr. Jong-goo Lee. He observed that, “In 1975, around 35% of all loans in the Korean banking system were to SMEs, but by 2013 it was 77%. The credit guarantee scheme contributed a lot to this”.

Sri Lanka may not be able to do all the access to market expansion measures that Korea undertook as many of them bordered on heavy protection and regulation. However, certain elements could be adopted; for instance, the promotion of public procurement from SMEs. Government agencies can be directed to increase the amount of procurement made from SMEs, track this and report on progress to the Ministry of Finance and Planning. They could also be required to demonstrate annual incremental increases in this.

Another measure could be to encourage inter-enterprise cooperation and sub-contracting. Similar to the legislative measures adopted in Korea like the ‘Small and Medium Enterprises Sub-Contracting Promotion Act’ and the ‘Inter-Enterprise Cooperation Promotion Act’, larger enterprises could be given incentives for incorporating domestic SMEs more in their supply chains. The incentives could either be direct – for instance, tax concessions based on some formula of the value of inputs procured from SMEs, or indirect – national recognition scheme (awards, etc.) for large enterprises that demonstrate the best supply chain linkages with SMEs. A Samsung showroom at Yongsan Railway Station, Seoul. Big conglomerates like Samsung were at the heart of Korea’s industrialization drive, but SMEs played a key role in enhancing their supply capacity. (Image by Anushka Wijesinha, Seoul, 2013)

Implementing the host of SME support measures in Korea was possible because of the strong institutional mechanisms behind it. Sri Lanka, too, needs strong, capable national institutions to implement and/or oversee SME support and promotion policies. Currently, the SME-mandated state institutions are scattered, measures are often taken on an ad-hoc basis. Sri Lanka can look at institutions like the Small and Medium Business Administration (SMBA) and Small Business Corporation (SBC) of Korea – learn from how they are staffed, what functions they carry out, and how they give leadership to the SME agenda. While the National Enterprise Development Authority (NEDA) was originally envisioned as the apex SME body to cater to these needs (established under a recommendation of the SME White Paper that IPS gave leadership to) the current status of NEDA leaves much to be desired. The paper detailed a set of seven aspects for NEDA to strengthen, learning from Korea’s SMBA and SBC. Two specific points there relate to information and analysis for effective and data-driven SME policy development and implementation. Without good data on the SME sector any new initiatives will be ill informed, would waste public money, and fail to fully cater to enterprise needs.

In short, the answer is yes. Some may argue that Korea’s SMEs have often taken second place, behind the powerful chaebols. However, I would argue that without the active promotion of SMEs in Korea, the chaebols couldn’t have risen in the way they did. Of course, more recently this has caused an over-dependence of SMEs on them. No doubt there are many outstanding issues with the Korean SME sector at present. In fact, Sri Lanka can learn not only from Korea’s successful SME policies but also from the ones that were less successful also. Yet, what is clear (and as shown in the paper) is that policy approaches to SME development in Korea have and continue to be genuine in their intent, strong in their conceptualization, extensive in their reach, coherent and focused in their implementation, and consistent over time. These are no doubt valuable lessons for Sri Lanka as it continues to grapple with the challenge of SME development.

(This article draws from a forthcoming research paper titled ‘State Leadership in Industrialization: Korea’s Policy Support for SMEs and Relevance to Sri Lanka’ produced by the author as part of the Asia Development Fellowship, supported by The Asia Foundation)

Here are some previous articles on SME issues that may be of interest: