Customs for Securing and Facilitating Legitimate Trade in Sri Lanka 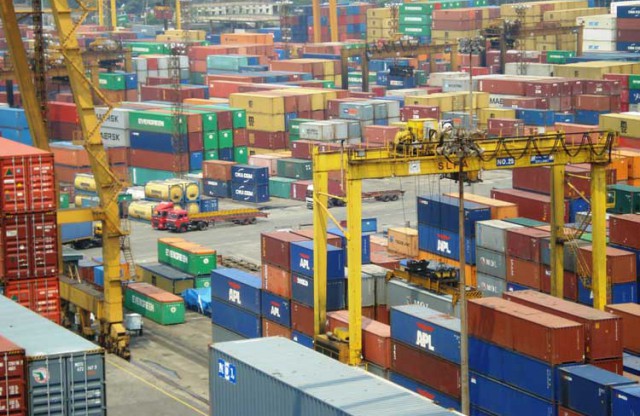 In 2012, US$ 18.3 trillion of goods crossed international borders (WTO, 2013). Each of these shipments would have passed through customs controls at least twice – at entry and at exit. Given the customs’ role in the trading process, a well-functioning customs that is transparent, predictable and fast in clearing goods is crucial to a country and its people in securing the benefits of international trade. Documentation and procedures are necessary to monitor and control the movement of goods, transfer of services and financial flows (UNESCAP, 2011). However, with “slicing up” of the value chain and “integration of trade and disintegration of production” (Feenstra, 1998), customs and other border procedures which govern the movement of goods can create delays and increase trade costs (WTO, 2013). Trade facilitation initiatives become important in this context as the potential reduction of costs through trade facilitation is estimated to be significant.

What is Trade Facilitation?

Trade facilitation implies enhanced efficiency in the administration, procedures, and logistics associated with cross-border trade (Wilson et al, 2003). A more comprehensive definition of trade facilitation include streamlining of regulatory environments, deeper harmonization of standards, and conformance [of processes and procedures] to international regulations (Woo and Wilson 2000). Minimizing transaction costs and complexity of international trade, while maintaining efficient and effective levels of government control is a major objective of trade facilitation (UNESCAP, 2011). Trade facilitation can involve the improvement of both hard infrastructure (i.e., ports, railways) and soft infrastructure (i.e., customs management, transparency, etc.).Trade facilitation is also a major component of the current WTO’s Doha Round negotiations. The WTO Trade Facilitation Agreement will create binding commitments for its members to expedite the movement and release of goods, improve cooperation on customs related matters and facilitate developing country implementation (WTO, 2014). The benefits of these measures for the world economy are estimated to be between US$ 400 billion and US$1 trillion (WTO, 2014).

Indicators such as port efficiency, customs environment and regulatory environment, and also logistics performance indices such as World Bank’s Logistics Performance Index (LPI) and Trading Across Borders enable stakeholders to compare a country’s performance in the relevant areas, over time as well as with the rest of the world. Sri Lanka’s performance in trade logistics has been commendable compared to other South Asian countries. According to the LPI, a comprehensive trade logistics performance index, Sri Lanka has improved its performance over time, in the relevant areas (see Figure 1). Ranking 81st among 155 nations, its overall LPI score is higher than the average LPI score of South Asian countries and the average of lower middle income countries (see Figure 2). Ranking at number 46, India leads the South Asian region with a LPI score of 3.08. Singapore leads in the performance indicators and Sri Lanka has much to achieve in the area. It is important that trade facilitation is a key component of the government’s development agenda. Sri Lanka Customs and its Role in Trade Facilitation

A country’s Customs have to discharge the often complex tasks of collecting revenue, and managing security, environmental and health concerns. In the process, the Customs or the Government of a country may necessitate direct access and where necessary, temporary custody of import and export consignments (WCO, 2011). Documentation requirements and the time taken for these controls which halts the overall movement of goods is a concern for traders, governments and other stakeholders (WCO, 2011).

Sri Lanka Customs has a history of over 200 years, having marked the milestone of 200 years in 2009. Its functions include: (i) the collection of revenue, (ii) prevention of revenue leakages and other frauds, (iii) collection of import and export data for statistics, and (iv) cooperation and coordination with other Government departments and stakeholders of imports and exports (Sri Lanka Customs). In 2012, Sri Lanka Customs collected 55% of the national tax revenue (see Figure 3 for details), with 2,092 personnel supporting the customs operations.

Apart from the main agencies of, the Customs, the Board of Investment (BOI ) and Sri Lanka Port Authority, there are more than 30 other government and non-government agencies that are part of the import-export process in Sri Lanka, i.e., Sri Lanka Tea Board (permit for tea exports), Plant Quarantine Department (phytosanitary and fumigation certificates) (Wijayasiri and Jayaratne, 2009). Being a main stakeholder in the import/export process, Sri Lanka Customs has taken several initiatives to introduce some key trade facilitation measures.

Paperless Trade and Moving Towards a Single Window

A “Single Window” (SW) facility enables all parties involved in trade and transport to lodge all necessary trade-related documents and information to be submitted once, at a single entry point to fulfill all trade and regulatory requirements. This also allows for sharing of information, standardized information and documents and coordinated controls and inspection. The benefits of a SW/paperless system are vast. Moving to such a system is also challenging, with the need among others to, (i) analyse and standardize national data, (ii) have an enabling legal framework, (iii) inter-agency collaboration, and (iv) have an enabling technical and management system. Hence, the need for a SW project to be included into a national trade facilitation strategy of the country and a clearly identified national focal point to drive such a programme in Sri Lanka. Technical assistance and expertise can be drawn from countries like Singapore and Korea, who have established Single Windows in their countries.

Sri Lanka Customs has initiated several programmes to reduce documentation and clearance times in the trading process, such as the recent ‘Sri Lanka Customs Paperless Exports Clearance Initiative’. Once implemented, the Customs expects the number of documents in the export process to decrease from the current 12-16 documents, to 4-5 documents. Some of the initiatives under this programme include, (i) Warranting the Customs Declaration (CUSDEC) form without the paper copy being submitted to Exports Office. Introduced in December 2013, e-warranting is however, still at the initial stages with a limited number of exporters currently using this facility; (ii) Calculation and payment of all charges including the fee for Panel Examination will be done in one instance rather than having to make payments at different points of the process; (iii) Establishment of Centralized Cargo Examination facility. Currently being developed within close proximity to the port, this will enable the cargo to be examined at the central facility rather than having a customs officer visit individual factories to carry out the panel examinations; and (iv) Better utilization of the Green Channel. The customs introduced the green channel system to facilitate the low-risk consignees. Currently being tested with 35 selected importers, it is to be extended to about 100 importers shortly. The system is expected to reduce the turn-around time by 6-7 hours. In 2012, from the 189,617 import CUSDECs (home use) registered at examination points, close to 50,000 cargo containers with low risk commodities were released under green channel clearance.

Modernization of Customs and Challenges

With growing trade volumes and changing operating environments, customs modernization is vital in meeting the often dynamic challenges which include:

(i) Sophisticated and demanding clients who have invested significantly in modern logistics, inventory control, manufacturing, and information systems

(ii) Policy and procedural obligations that are associated with international commitments

(iv) Security concerns including threats from organized crime and terrorism

In the process of modernizing the customs, it is necessary for Customs in countries like Sri Lanka where revenue collection is a major objective, to find an appropriate balance between trade facilitation and regulatory control.

In terms of trade facilitation in Sri Lanka, research studies such as those carried out by IPS highlight key areas that need improvement in facilitating trade. The necessary interventions broadly include: (i) the need to take forward the computerization and automation of trade procedures and have a fully automated system in order to minimize human intervention, reduce documentation and time taken to trade; (ii) the necessity of a change in mind-sets to embrace new technologies, (iii) enabling customs clearance during weekends and holidays; and (iv) having all trade-related agencies that need to be visited to get approvals, permits and other documentation under one roof.

Suwendrani Jayaratne was a Research Officer at IPS. Her main area of research was international trade and migration, with a particular emphasis on trade facilitation and regional integration. She obtained her Masters from the Australian National University (ANU) in International and Development Economics, and holds a BA (Hons) in Economics from the University of Peradeniya.