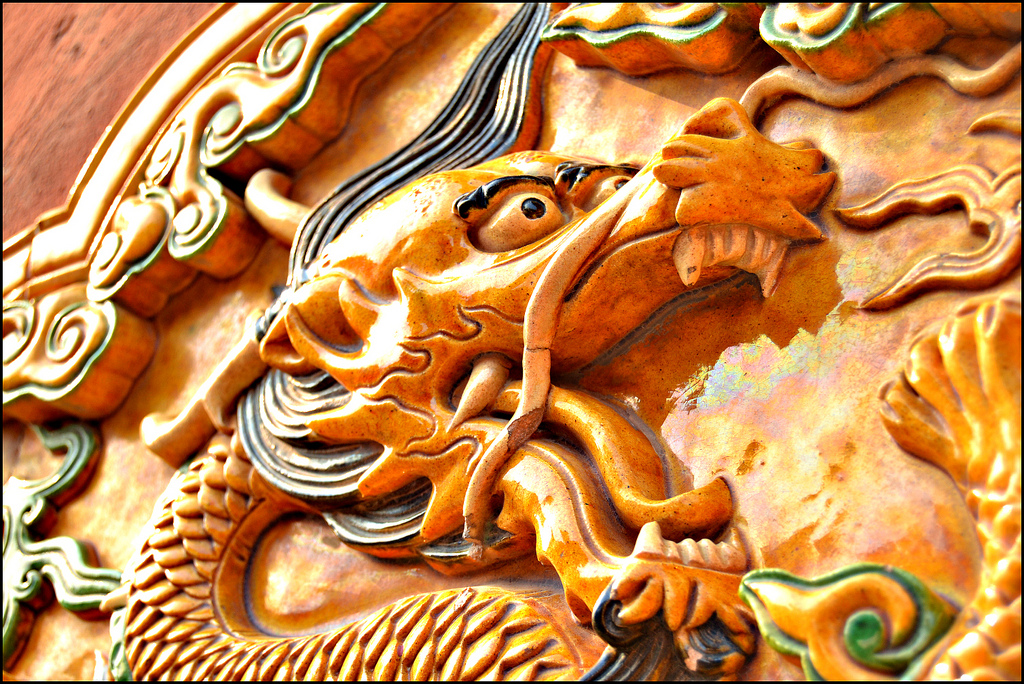 Will China’s growth slow down sharply? Will it attain a new growth normal of steady but sustainable growth? The debate continues apace. But one thing is clear – the Sri Lankan private sector and policy planners must keep a close eye on the developments in the Chinese economy.

Growth rates in emerging markets in the last 2 years haven’t been less than 5%, unlike in the developed West. These markets helped to keep the world economy afloat in the post-crisis era. Exports by Indonesia, Vietnam, and Thailand have in fact grown, not declined. But all is not well everywhere in the emerging markets, and China is one of the first to show the signs of this.

China’s record has been nothing short of exemplary. It demonstrated the fastest and most sustained economic growth performance in human history. Driven by globalization (manufacturing) and infrastructure investment, China’s economy soared. Over last 20 years, it plowed 8.5% of GDP each year into infrastructure – twice the level of India and more than four times of Latin America. In the past 15 years, China built 90 million new homes – enough to house the entire populations of UK, France and Germany combined. But now, the likelihood of a growth slowdown in China appears inevitable. The question is – how deep or shallow will it be?

Manufacturing activity fell to an 11- month low in July and the HSBC Purchasing Manager’s Index (PMI — indicating changes in industry confidence) fell to 47.7 in July from 48.2 in June (but picked up to 50.2 in September). The PMI being below 50 on the 100 point scale indicates a decline. Growth has slowed in 9 out of the last 10 quarters – a first for the Chinese economy. The Chinese leadership is clearly worried. In August, Chinese Premier Li Keqiang announced a 7% ‘floor’ for economic growth and said that growth below this threshold will be treated as ‘unacceptable’ and the government will take various actions to ensure this. Two schools of thought have emerged on the prospects for the Chinese economy in light of this slowdown – those who believe that this is a serious slowdown in which China will see lasting repercussions – the ‘dragon slayers’, and those who believe that this is a benign phenomena and there’s little to worry about – the ‘panda huggers’.

It is widely believed that this slowdown is part of the inevitable Chinese rebalancing. Rebalancing on two fronts – rebalancing of growth drivers from investment to consumption and rebalancing of growth poles from the coastal regions (mainly in the South-East like Shenzhen and Zhengzhou) to inland areas. The former is probably the most critical. Growth in China over the last decades has been driven by an aggressive investment drive – investment in factories and investment in infrastructure to support those factories. The rebalancing that needs to take place is away from an investment-led growth, to a more domestic consumption-led one. Economist and Nobel Laureate Paul Krugman suggests that the “Chinese model is about to hit it’s Great Wall” because of this rebalancing.

To understand this ‘Chinese model’, we must go back to revered economist Arthur Lewis. He suggested that countries in the early stages of development typically have a small modern sector alongside a large traditional sector containing huge amounts of surplus labour. This has two effects. The first is that the country can keep plowing in capital in to new factories, construction, and so on, without running into diminishing returns on that capital. It can also keep drawing on surplus labour from the countryside to keep fuelling growth. The second is that as there is ample rural to urban migration of workers, competition among labour is high, and so wages are low. But now, China has hit its ‘Lewis Point’, where that seemingly unlimited flow of labour at cheap wages is rapidly waning.

Krugman, explaining his viewing on ‘hitting the great wall’, notes that “all successful economies devote part of their current income to investment rather than consumption, so as to expand their future ability to consume. China, however, seems to invest only to expand its future ability to invest even more […] Investment is now running into sharply diminishing returns and is going to drop drastically no matter what the government does”. Household consumption accounts for less than 40% of China’s GDP. Put differently, the Chinese consumer has not begun picking up the economy’s slack caused by the country’s investment-led model reaching its limits. Chinese household consumption as a proportion of GDP is barely half that of USA which is at around 70%, and significantly less than other large economies like France, Brazil, Germany and India which are hitting around 60% in recent years.

How will this impact the world economy? Some economists like Paul Krugman argue that the fallout for the world economy of the China slowdown “is big but not that big” – he’s a ‘panda-hugger’. Others, like Michael Spence, author of the 2008 Growth Commission Report, are more worried. At a recent programme in Italy where five Nobel Laureates delivered a series of lectures, Spence observed that “China is increasingly more ‘systemically important’ than ever before”. Why does he believe this? It’s probably because of China’s insatiable appetite for commodities. China accounts for 25% of global steel demand, and determines the prices of copper, iron, and coal. Any slowdown in China would mean a slowdown in the global commodities trade, and some countries in particular would be hit hard. For Australia, one fourth of its exports are to China (mainly commodities). For South Africa, 45% of its exports are to China, mainly in platinum group metals, gold, coal, and iron ore. A China slowdown would reduce its commodity demand and push down global oil and commodity prices.

Meanwhile, one of the main reasons why China’s slowdown is troubling many is the timing of it. China hitting its Lewis Point and this slowdown is coming at the same time as Western economies are at their “Minsky Moment” – when Europe and US are pulling back their loose monetary policies. The compounded effect of these two events is what economists are most concerned about.

Yet, all is not lost. China, unlike its companion in slowing growth (albeit of a different magnitude), India, is doing something about it. Just last month, China announced a series of small stimulus measures. This includes temporary tax cuts for businesses with sales less than 20,000 Yuan, ensuring that businesses contemplating closing down will survive the downturn and thereby protect jobs. There has also been simplifying of procedures for exports, a cutting of administration fees, encouraging bank lending to exporters, and committing to greater spending on railway infrastructure of around 10.7 billion Yuan.

Meanwhile, over the last few years, China has been allowing wages to rise, especially on the coastal manufacturing belt. Unheard of less than a decade ago, Chinese authorities easily gave in to worker protests over higher wages in factories along the coastal belt – at the Foxxcon factory, for instance, wages rose by 70% following the protests.

For the longer-term, China is putting in place structural reforms that are likely to improve its competitiveness. Long perceived as the imitator, copier, and low-cost follower of other countries products, China is determined to break away from that and move towards greater innovation and value-addition. Chinese universities are globalizing and Chinese researchers are publishing in international journals. China has 16,000 PhDs in Science and Engineering and filed 250,000 patents. In 2011, it filed more patents at the US Patent Office than the US itself! Chinese households and firms are adopting ICTs in all spheres of economic activity. E-commerce and e-tailing (online retail) are now key tech-driven growth areas. China now has the world’s second-largest e-tail market, with estimates as high as US$ 210 billion of revenues in 2012 and a compound annual growth rate of 120 per cent since 2003. Of course, tackling issues of Intellectual Property and cyber-security remain a significant challenge in all this.

Clearly, however, China would need to get on to a more sustainable growth trajectory, of around 5-6% growth per annum in order to move up the ladder and breach middle-income. As Ruchir Sharama argues in his book ‘Breakout Nations’, chasing higher rates of growth through excessive investment in infrastructure can carry the risk of a bust that could see the economy “yo-yoing” in a middle-income trap.

Keeping an Eye on China

China’s rebalancing towards consumption will have positive impacts for those looking to sell into the Chinese market, with the right products at the right price. With a booming Chinese middle-class, there could be niche markets available for Sri Lankan exporters. Overall, it will be interesting to see how China’s rebalancing pans out. The global economy’s reaction to it will certainly give a good indication of to what extent China’s economy is now ‘systemically important’ than before. But whichever side you’re on – the panda-huggers or dragon-slayers, one thing is clear – the Sri Lankan private sector and policy planners must keep a close eye on the developments in the Chinese economy.