Print this article
By Anushka Wijesinha (Research Economist) and Burhanudheen Thassim (Project Intern) – IPS
Forbes Magazine’s Rich List reports that India is home to 50 Dollar Billionaires, with 2 in the Top 10. Most people associate India’s ‘wealthy’ with the well-known names – Ambani, Mittal, Jindal, Birla, etc. But just below that tier is an ever expanding segment of Indian society that is driving the domestic economy, and is earning more, and spending more, than ever before – India’s middle class.
The estimates on the size to which India’s middle class is set to grow in the coming years according to various agencies1 are staggering – 267 million by 2015, 583 million by 2025, 600+ million by 2030. According to the McKinsey Global Institute (MGI)2, “India’s middle class will swell by over 10 times” in the next 10 or so years. An MGI report added that “by 2025 over 23 million Indians – more than the population of Australia today – will number among the country’s wealthiest citizens”. With the country set to enjoy a demographic dividend like no other and 65% of the Indian population under the age of 35, India’s ‘people power’ will be its biggest asset to future growth. 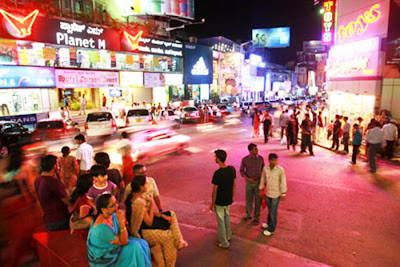 The market potential, just next door as it were, is clearly enormous. Sri Lanka has to seize this opportunity by increasing its trade and investment integration with India and gain access to this huge consumer base.
Koshy Mathai, IMF Resident Representative in Sri Lanka, said at the inauguration of the Sri Lanka Economic Association Annual Sessions 2011 last October that Sri Lanka should not miss out on taking advantage of India’s growth opportunity3. Even in weathering the effects of the global recession, it is the demand stimulated by a growing middle-class that kept the Indian economy buoyant. The Indian economy is thriving as a result of the increase in consumption by its middle-class. Discretionary spending by Indians is set to rise from the current 52% of total private spending to 70% by 20254. The middle-class in India is likely to overtake US and Europe in terms of consumption in the years to come (see Table 1).
Table 1: Middle Class Consumption – Top 10 Countries (in US$ Billions at 2005 PPP and the global share)

More people in India seem to be moving to urban areas in search of jobs and education. According to estimates made by the investment bank Goldman Sachs, 500 million more people will be added to India’s cities by 20395. It also notes that 10 of the 30 world’s fastest growing urban areas are in India6.
India: First Step in the Destination Diversification Drive
Sri Lanka’s traditional export markets of US and Europe, to which we currently export nearly 60% of our exports, are in dire straits. Severe sovereign debt concerns, governments faltering due to fiscal dilemmas, and consumer spending dampened by weak growth recovery and austerity measures have made these economies fragile. And this is not likely to abate soon. The balance of economic vitality is decidedly shifting East, particularly to China, India and East Asia. Sri Lanka’s Export Development Board (EDB) envisions a reduction in the country’s export dependence on the US and EU to 50% by 2015. Trading more strongly with India would be an important element in achieving this, to catalyze Sri Lanka’s push towards diversifying our export basket. Our exports to India – a country set to see its higher spending middle-class grow to a 500 million consumer market in just 10 years – was only 5.6% of total exports in 20107.
In the export destination diversification drive, Sri Lanka would no doubt need to also look at new markets in the Middle East, Africa, Central and East Asia. But, unlike seeking out new markets that are largely unfamiliar to Sri Lankan businesses, the advantage with India is that given the similarities in cultural background, tastes, preferences, etc., making headway in the Indian consumer market may be relatively less challenging.
The push towards increased marketing of Sri Lankan products to India, however, will have to be preceded by a careful and comprehensive evaluation of what type of product categories could succeed there, what level of quality and branding is required, how to effectively to link into supply chains that link India, and what tariff and non-tariff barriers need to be addressed in tapping these markets 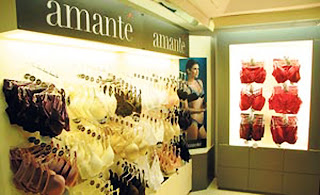 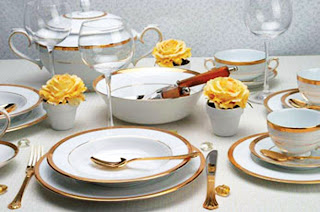 An important step for Sri Lankan enterprises should be to leverage the India-Sri Lanka FTA (ISFTA) to develop strong regional consumer brands. It is important to note that competing on price alone may not be the best approach in marketing to India. A more appropriate strategy would be to compete on quality and differentiated goods. Sri Lanka is known for its relatively higher quality products – many of them which have an international presence – whether its tea by Dilmah, solid rubber tyres by Loadstar, lingerie by MAS, or porcelain by Dankotuwa. Several exporters have succeeded in making inroads into the Indian market, including in sectors like furniture, garments, ships, animal feed, rubber gloves, rubber tyres, food products, and electrical machinery among others. Products such as MAS’ lingerie line Amante have succeeded in capturing lucrative niches in high-end consumer markets in India, and Colombo Dockyard has succeeded in outbidding established Indian and foreign firms in major ship repair contracts. At an ISFTA review seminar last year, Somi Hazari of the Indian business chamber FICCI noted that “the quality of some of the Sri Lankan products has set new benchmarks in Indian industry”. Sri Lanka’s Unique Selling Proposition (USP) should be geared more towards quality, yet affordability. Sri Lankan firms have an advantage in the latter exactly because of the location advantage and reduced costs of transport.

However, we cannot ignore the significant challenges in trading with India. Many entrepreneurs have noted the difficult behind the border procedures that they face in trading with India. Bureaucratic red-tape, hassles at border control, and unexpected fees and taxes have at times even negated the tariff benefits accruing from the ISFTA.
Investment in India is another important consideration. With a growing middle class, enhanced consumption, tastes and preferences shifting to higher value, Sri Lankan firms need to closely monitor new investment opportunities that would emerge – whether it’s in hotels and leisure, apparels and garments, logistics, or processed foods. A few large Sri Lankan companies like Brandix, MAS Holdings, Hayleys, Aitken Spence, Damro and JKH have already set up operations, albeit in differing magnitudes, in India. Investing in India will not only provide the opportunity of catering to a large market but also make use of cheaper factors of production such as labour and certain raw materials, particularly as Sri Lanka’s labour cost advantage in manufacturing gradually wanes. Meanwhile, Indian investments in Sri Lanka have also been emerging across diverse sectors – from oil exploration by Cairn India, telecom services by Bharti Airtel and Tata Communications, petroleum distribution by Indian Oil Corporation (IOC), manufactures by Piramal Glass, Ultra Cement, Ceat-Kelani Tyres, L&T Cement, and Asian Paints, leisure services by Taj (Vivanta) Hotels, transport by Ashok Leyland, and banking and financial services by State Bank of India, Indian Overseas Bank, Indian Bank and ICICI.
Bilateral Agreements – Getting Our Act Together
Greater trade integration with India would mean a keener focus on our bilateral trade relations with it. Sri Lanka has still not been able to expand the existing India-Sri Lanka FTA to cover services and investment by signing a Comprehensive Economic Partnership Agreement (CEPA), despite years of discussions, due to domestic resistance from certain quarters. Though there are many who contest the benefits of the India-Sri Lanka FTA, now in operation for just over 10 years, it is clear that it has had positive impacts. Sri Lanka’s exports to India have increased, both in terms of volume but also in terms of diversity of products (measured by the number of tariff lines). The number of product lines exported increased from 505 tariff lines pre-FTA to over 1,050 tariff lines by 2009. But businesses in the country still seem to not be utilizing the ISFTA to its full potential – some posit that it is due to a lack of awareness. As highlighted in an article8 by a business chamber representative following an ISFTA review seminar last year, “even after a period of ten years, there yet seems to be a lacuna in regard to an understanding of Free Trade Agreements, their mechanism, the advantages as well as connected problems, especially among some members of the business community outside the metropolis…”. SMEs in Sri Lanka are particularly unaware of the opportunities available through the FTA, and this has been stated repeatedly at many forums.
Sri Lankan businesses have a lot to gain by enhancing our access to the large Indian market, and it would be a shame to miss this opportunity. For Indian businesses, the Sri Lankan market is not really a big deal – a 20 million total population in Sri Lanka compared to a current 150+ million middle-class consumer market alone, in their home country. While Sri Lanka stalls on making any serious headway on preferential trade liberalization, India is steaming ahead. India has already signed Comprehensive Economic Cooperation Agreements (CECAs) with Singapore and South Korea, and a Trade in Goods Agreement with ASEAN (soon to be expanded to an FTA in services). India has also begun negotiations on an FTA with the Gulf Cooperation Council (GCC) and EU (European Union). With greater integration with India, Sri Lanka could exploit the trade investment nexus and tap into these other large markets that India has signed agreements with. Additionally, Sri Lanka needs to have the right trade and investment frameworks to attract global enterprises to locate in Sri Lanka, as they look for a convenient foothold to tap into the growing Indian market.
Sri Lanka Mustn’t Miss Out
So, it is clear that the case for Sri Lanka to tap into a thriving and growing Indian consumer market is a strong one, especially in the light of the projected phenomenal growth of its middle-class. However, the emerging policy questions are – Will Sri Lanka integrate stronger with India in terms of trade and investment through mutually beneficial, suitably phased bilateral agreements? Will the Sri Lankan private sector, the group set to benefit the most from the growing consumer opportunity in India, be able to successfully convince the government to put aside narrow protectionist interests in favour of a profitable trade potential with broader benefits to the economy? Will Sri Lankan businesses stand and watch this opportunity pass by, or will they get in there and seize it?
Citations
1National Council for Applied Economic Research (India), McKinsey Global Institute, Asian Development Bank, respectively