Print this article
by Burhanudheen Thassim, Project Intern – IPS
“We are very excited and bullish with the possible developments taking place in the logistics sector. I’ve always been saying that the time for Sri Lanka’s logistics sector will come, and this budget has brought it, with a stroke of a pen”. These were the comments shared by the Group CEO of Expolanka at the DailyFT post-budget seminar recently. The transport and logistics sector is important in any economy as it impacts much of a country’s economic activity, whether it is for an individual – accessing agricultural produce from farm-gate to retail shop, or for a firm – the entire process of materials and products moving into, through, and out of it. The efficiency and effectiveness of this sector can translate into an increase in productivity of the economy and facilitate faster economic growth. 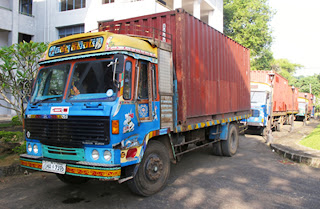 Burhanudheen was a Project Intern at IPS while studying for a Bachelor's degree in Economics at Royal Institute, Colombo. He currently works in the private sector.