Electricity Constraints: Can CEB Profits Lighten the Burden on the Industrial Sector? 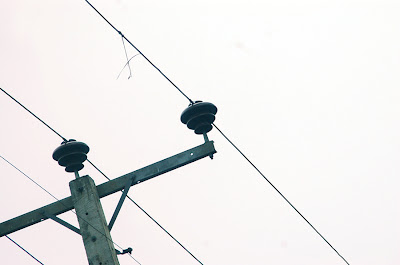 Electricity: Continued Constraint for Sri Lankan Industries
Speak to any major industrialist in Sri Lanka, and they will tell you that electricity is a critical constraint on their operations. A forthcoming World Bank report entitled ‘More and Better Jobs in South Asia’ reports results from country-level Enterprise Surveys that shows that electricity is the number one constraint for enterprises in Sri Lanka, and is in at least the top 5 list of constraints for all South Asian countries1.
The World Bank report investigates major constraints hindering employment generation and expansion of enterprises, and their severity, through the surveys. While in Sri Lanka electricity is reported as the top constraint, it is second most severe constraint for a South Asian benchmark firm in the urban formal sector (a benchmark firm is defined as a medium-size manufacturing firm with 30 employees that is domestically owned, does not export or import and, is located in a large city).
More significantly, according to the Enterprise Survey results contained in the jobs report, electricity in Sri Lanka out ranks other constraints such as business licensing, corruption, political instability and macro instability. It is the top constraint for medium-size and micro benchmark firms in the urban formal sector and second most severe in a micro benchmark firm in the rural sector in Sri Lanka2. These results indicate the severity of electricity related issues for the commercial sector in the country.
Industrial firms in Sri Lanka are faced with three main bottlenecks with regard to electricity – accessibility, reliability and affordability. The problem isn’t new. Even in 2004, a World Bank report Sri Lanka: Improving the Rural and Investment Climate identified that over 40% of urban manufacturing firms and 25% of rural enterprises in Sri Lanka found electricity to be a major bottleneck for enterprise growth. The report noted that less than 70% of rural enterprises received electricity from the national grid3. This has no doubt changed since then. Electrification levels in Sri Lanka have improved significantly and by the end of 2010 it was estimated at 90%. Yet, we must remember that this was achieved partly due to the host of rural electrification schemes, many of which are not yet connected to the national grid.
Apart from urban centers, particularly in the Western Province, few areas enjoy uninterrupted power supply in the country – 52% of medium-size enterprises in Sri Lanka are compelled to use generators to cope with power outages5. Generators could account for as much as 12% of a firm’s fixed assets on average. So, the lack of reliable power supply significantly impacts operational costs of Sri Lanka’s industries, which in turn impinges on their competitiveness.
Electricity: Impacting Enterprise Profitability
Maintaining cost competitiveness is crucial for the industrial sector. However, the industrial sector in Sri Lanka, along with the hotel sector, cross subsidizes other categories of consumers such as households and religious establishments.
The Public Utilities Commission of Sri Lanka (PUCSL) has started implementing a new tariff rebalancing exercise since the beginning of 2011 with a view to bringing the power sector back to profitability4. Mandating time-of-use (TOU) tariffs (applying differential tariffs depending on the time of the day electricity is being used such as daytime, peak, and off-peak) for all medium and large industries as well as medium and large hotels since January 2011 is a salient feature of this exercise. This has further driven up the costs of hotel and industrial categories.
Tariff increments in the hotel category affects the key growth sector, tourism, where it is estimated that top city hotels will incur additional costs of Rs. 120 million due to electricity tariff increases in 20115. Similarly, electricity-intensive industries such as textile, cement, ceramic, metal and aluminum, ship building, and food and beverages are also affected. Industry sources expect a cost increase of 4% to 8% on average, which adversely affects the competitiveness of export-oriented manufacturers in particular (with the current exchange rate policy). In the ceramic industry, for example, the electricity component alone accounts for about 50% of total costs. A statement by the Sri Lanka Ceramics Council, the industry body of the sector, noted that, under the new measures, the cost of electricity of their member companies could increase by as much as 20 to 42%6.
CEB Profitability: Passing on to Users 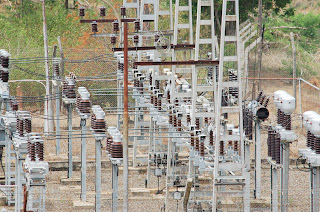 View our Bundlr:
A compilation of articles on the ongoing issues in Sri Lanka’s electricity sector created with the online tool ‘Bundlr’

Buddhika Brahmanage was a Research Assistant at IPS. She holds a BA in Economics with First Class Honours from University of Peradeniya, Sri Lanka. Her research interests include public enterprise reform, regulatory economics, energy and macroeconomics. She is currently studying for a Master's degree at ANU, Australia.